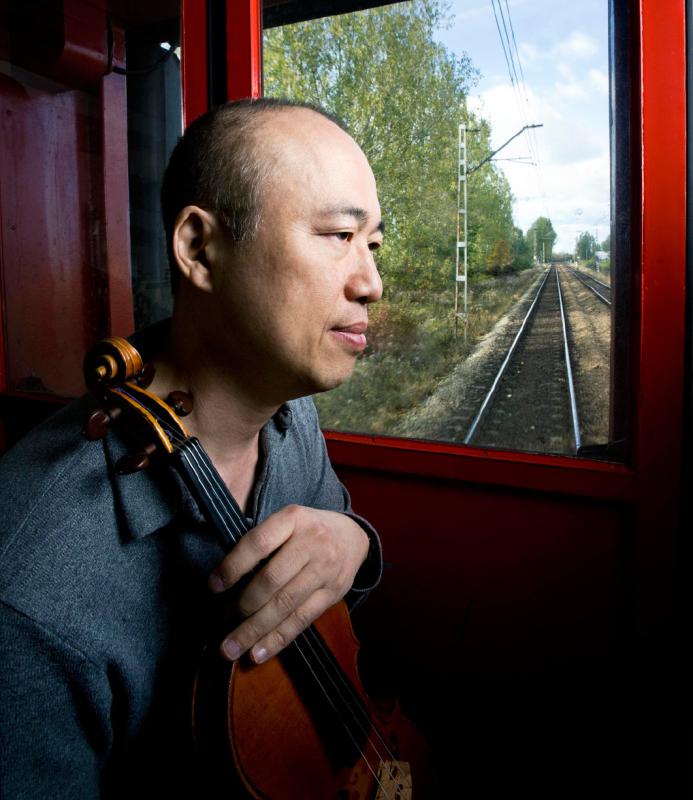 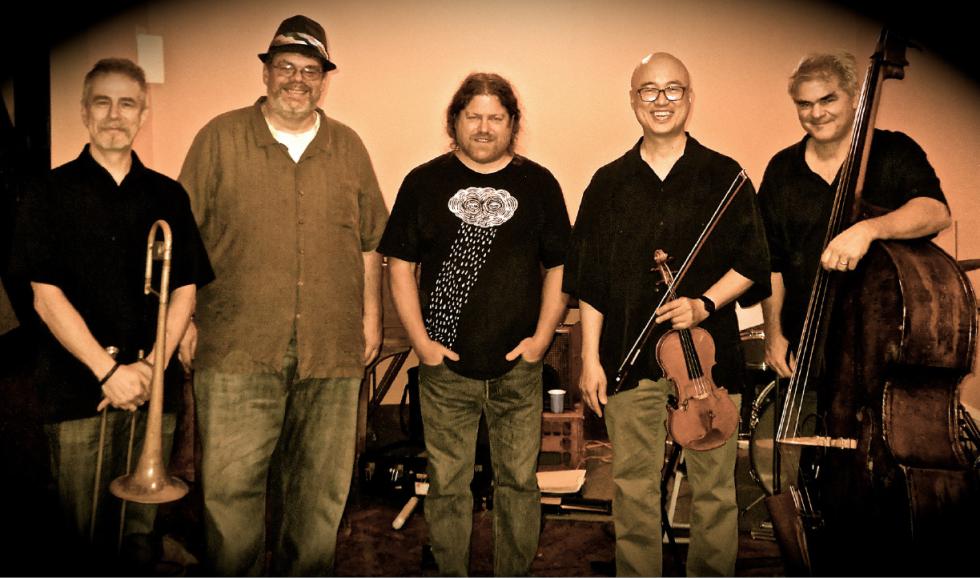 The range of New Jersey violinist Jason Kao Hwang’s composing and playing is remarkable. At one end of the spectrum, there are completely composed pieces of “new,” or contemporary classical, music. At the other, you’ll find his improvised ’70s and ’80s work with Commitment, a free jazz quartet including reed player Will Connell, Jr., bassist William Parker, and drummer Zen Matsuura. That’s a vast difference in approaches to music-making, but it’s only one way Hwang’s versatility is evident.

Listen to his music for a while, and you’re likely to be bowled over by the equally wide range of sounds and textures he employs. He squeezes plenty of variety from his violin, plucking, then bowing, then making high, keening sounds that slowly slide past all sense of well-tempered Western tuning. He veers as well from ambient soundscapes to fast jazz solos. Put with all that sensibilities born of Asian and American influences, and you get a unique voice indeed.

A lot of Hwang’s music-making is inspired by the particulars of his Chinese family and upbringing. “My parents came from Hunan after World War II,” he says. “My older sisters learned Chinese up to age five, but they had such discouragement they stopped. So when I arrived, my parents said, ‘We’ll teach him only English.’ They’d speak Chinese when they didn’t want their kids to understand. I’d listen quite intently trying to imagine what they were saying from the timbre, the sound of the words. That was a formative experience that I imagine to be in the sound of my violin.”

Hwang studied clasically until he attended New York University, and it was there that his musical sensibilities took a strong turn in a different, jazz-oriented direction. “I’d gone to a jam session not really knowing too much. I could play some easier cadences by ear. Then I met Will Connell, Jr. and he introduced me to the New York jazz loft scene. I learned a lot from him and from playing in a lot of groups. There’s a great history in this music that you’re self-taught, and a lot of the learning was how to embark on that path [of free improvisation]. As I got older, I pursued more formal study.”

Hwang is prolific not only in terms of sheer output, but also in the number of bands and projects that branch out of his composing and playing. He’s employed several incarnations of jazz groups, and one particularly unusual undertaking called Spontaneous River, a gathering of 35 string improvisers plus drum kit.

Hwang is an unusual and unusually accomplished practitioner of improvisation. Though the jazz tradition generally employs a set form followed by improvised soloing over the form’s chord changes, Hwang often pushes improv into different territory. With his new group Sing House, made up of longtime collaborators, he envisions improv in architectural terms. “The composition offers a narrative,” Hwang says, “or, for this group, a series of rooms. The improviser goes into each room, and they extemporanously tell their own story. The [composition’s] story is there, but it’s told differently.

“As leader, I give cues as we move from section to section,” he says. “I might connect the material in a way that shapes the music. Once the music is written and we’re performing it, it becomes a collective … I’m also composing for the individuals. I’ve known them so many years I can imagine their voices in that context.”

When that collective approach is realized in performance, interesting things start happening, Hwang says. “We become a highly democratic organization. Each player can supply initiative or support, dialogue, groupings — and it all is quite fluid. When people listen to music and hear that type of organism, that democratic equality, it is the best of ourselves.”

Like Seth Lepore (see “Making It Up,” page 12), Hwang describes some elusive qualities that allow for and arise from improvisation. “I think a performer has to have a clear mind. You can’t have any preconceptions or expectations. You can’t have a wish for approval or applause, or a fear of rejection. You have to reach kind of a meditative state where you’re an empty vessel and sounds are coming to you.”

Though he uses words like “meditative” and “flow” to describe the highly particular state that makes for good improvising, Hwang also strives to demystify the process. “Improv can be mystery to people, but it’s actually part of our daily lives. None of us write out what we’re going to say — we speak spiontaneously as the thoughts come to us. Music can be the same way.”

Still, when he talks about how he knows a show has been successful, it’s clear that Hwang sees his art as a way to connect to things that truly are mysterious. “I think it’s a feeling. These are ideas we strive toward that nobody achieves completely, but after a performance we feel like we’ve connected and the music had a flow to it. One idea I had in writing the music, too — I was thinking of the law of conservation of energy. For the music, that means every sound, every word ever uttered continues to resonate. For music we bring those things back into the vibrant realm, and that’s how the history of music flows through us.”•

Jason Kao Hwang’s Sing House plays as part of the Jazz Shares concert series on Feb. 7 at 7:30 p.m. at the Arts Block Cafe, 289 Main St., Greenfield. Tickets are $15 at the door and at jazzshares.org.