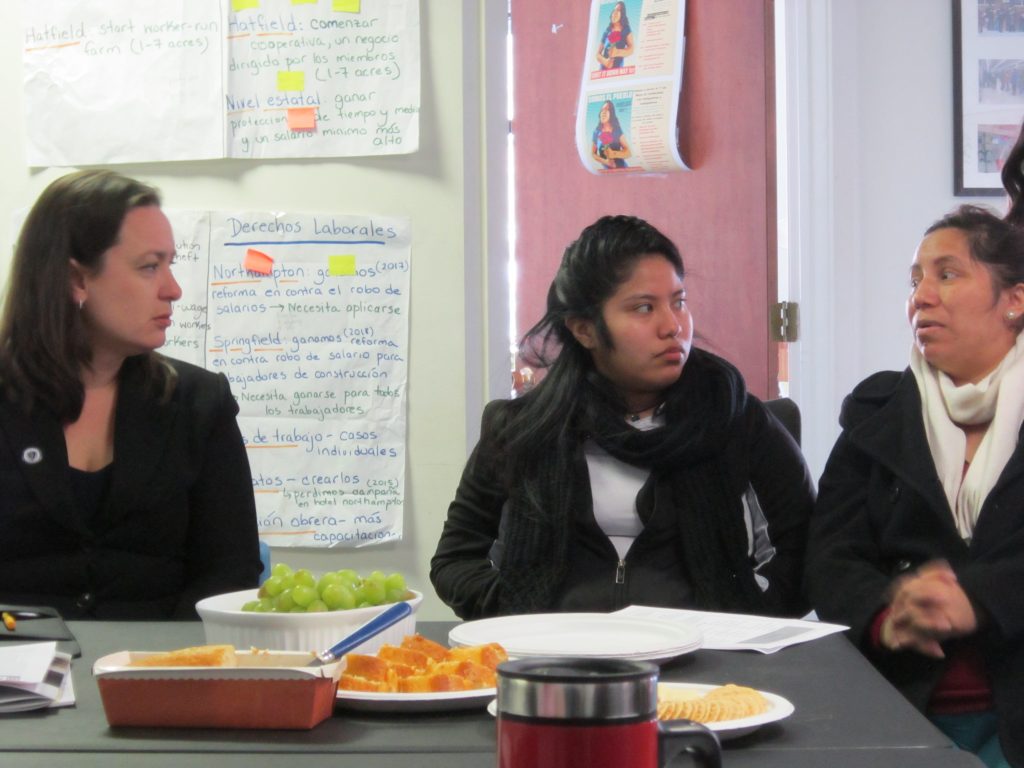 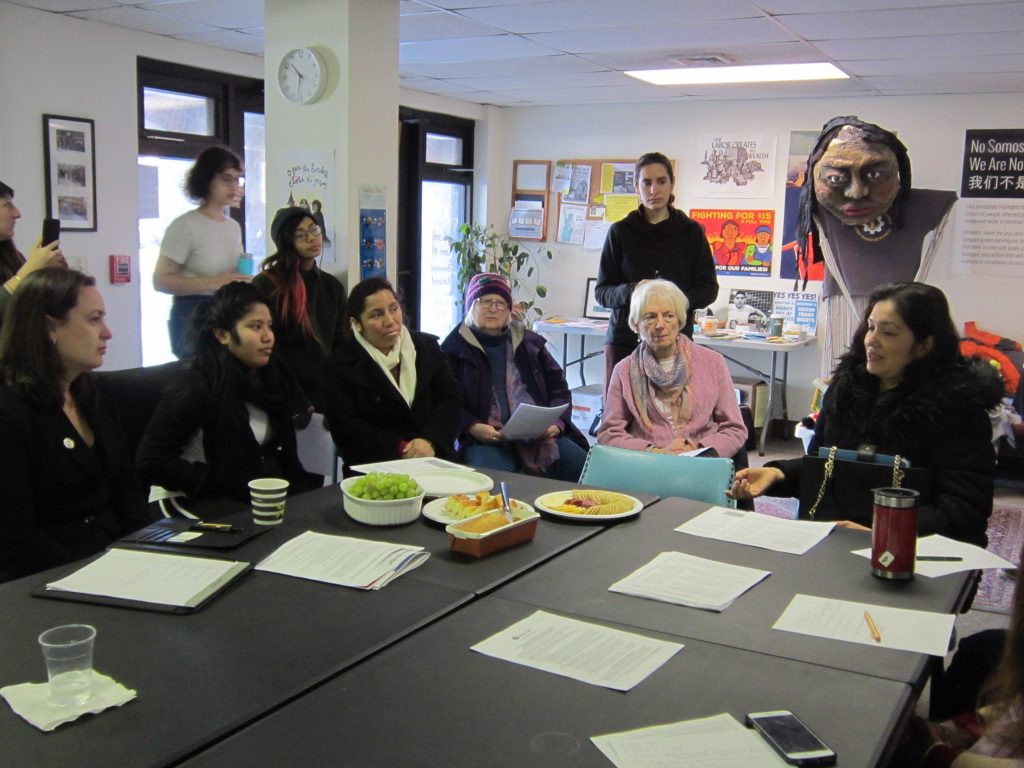 One undocumented woman’s husband was pulled over by a police officer and was asked to present his license. Even though he was obeying the rules of the road, he was arrested for not having a driver’s license. This was one common story from a group of local undocumented immigrants who shared their personal experiences with State Rep. Lindsay Sabadosa (D – Northampton) during a roundtable discussion at the Pioneer Valley Workers Center in Northampton on Thursday, March 7. 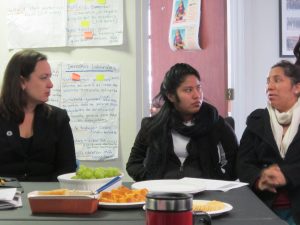 Sabadosa (left) listens to a story from a local undocumented woman from South Deerfield (right). Photo by Chris Goudreau

Sabadosa attended the meeting in order to share the stories of local undocumented people with members of the Massachusetts House of Representatives in an effort to gain support for pro-immigrant legislation such as “An Act relative to work and family mobility,” which is currently in the Joint Committee on Transportation and if approved would allow undocumented immigrants to obtain driver’s licenses. Sabadosa is co-sponsor of this bill and there’s a Senate version of the bill as well.

Sabadosa said she believes that undocumented immigrants should be allowed to obtain driver’s licenses because it would positively impact the lives of undocumented people across the state.

“One of the arguments that we’re going to use a lot is that this is safer,” she added. “Everybody having a license is actually safer because it means that you have done your driver’s test. Everybody knows that you are a safe driver.”

Drivers’ licenses for undocumented immigrants were among the rights championed by Eduardo Samaniego, an undocumented immigrant activist who was deported last month. Samaniego worked with the Pioneer Valley Workers Center on that front, and called on former state Senate President Stanley Rosenberg to put forward legislation to allow driver’s licenses, in-state tuition, and other rights in 2017.

Sabadosa added that due to the upcoming budget session for the Commonwealth, if the bill were moved out of the joint committee it’s likely that a public hearing on the bill wouldn’t take place until the spring or summer. 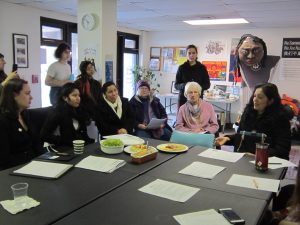 The Pioneer Valley Workers Center in partnership with Jobs with Justice hosted a discussion with State Rep. Lindsay Sabadosa (left) about a bill, which would allow undocumented immigrants to obtain driver’s licenses. Photo by Chris Goudreau

One woman from South Deerfield, whose name was not disclosed because she is undocumented, said she and her family really want to have the opportunity to drive while not being afraid of having their vehicle towed or being arrested for driving without a license because there are no pathways for undocumented immigrants currently to obtain one.

“The local police stopped [my husband] because they know he doesn’t have a driver’s license,” she said. “They stopped him on purpose. They already know … That’s very hard and many people have this problem.”

Her husband’s vehicle was seized, he was arrested, they went to court and ended up paying $500 in expenses from the incident, she said.

Rose Bookbinder, lead organizer with The Pioneer Valley Workers Center, which sponsored the discussion in partnership with Massachusetts Jobs with Justice and membership from Springfield and Northampton worker committees, said she believes Massachusetts isn’t as pro-immigrant as people believe.

“The state of Massachusetts has barely at all passed any pro-immigrant legislation,” she added. “A lot of folks like to lay claim to Massachusetts being on the forefront or on the right side of history, but really there’s a lot of work to do. That’s why we’re willing to have Lindsay and other folks in our delegation step up and not be afraid to tackle these oppressive systems that inflict state violence.”