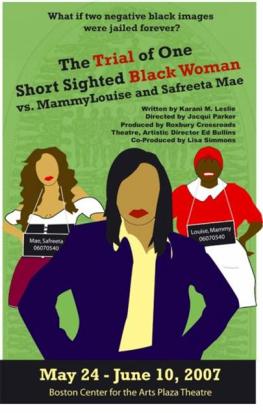 In Search of the Common Good by fellow Public Humanist David Tebaldi talks about America suffering from two anxieties, one of them economic and the other moral. I found this conversation very interesting in light of the work I do as an independent film and theater producer and the president of a nonprofit the Color of Film Collaborative, Inc., a nonprofit that supports independent filmmakers creating more diverse images of people of color in the media and performing arts. The bottom line is the only thing that Hollywood studios and distribution companies are concerned with, and in meeting those bottom lines they are constantly selling out images of people that are not only stereotypical but racist and ignorant. Morality goes out the window when you can sell the image of an African American playing a drug dealer and a gang-banger at a higher price than that of an African American playing a doctor or a lawyer because society has been conditioned to believe the stereotypical images so ingrained through years of placement in the media. I once heard Anna Deavere Smith say “If you are called something long enough, you start to believe it.” This is what has happened with the images of African Americans in the media.

Repeatedly these images are created, supported and distributed all over the world so that people in other countries believe that all African Americans are lazy, slick, drug dealing individuals who are overweight and live off the government. There are few depictions of them as family oriented individuals who work hard to get their part of the “American Dream.” Just recently I co-produced a play for Roxbury Crossroads Theatre, The Trial of One Short Sighted Black Woman by playwright Karani Marcia Leslie. It examined images of African American women in the media. It was based on a contemporary black woman who takes the negative images of Mammy and Jezebel to trial in order to jail them forever, because she cannot be the woman she wants to be in today’s society while she is constantly bombarded by these images. She finds herself working three times harder than her white counterparts to show that she is neither of these images. In the end she realizes what a horrible existence these women had to endure at the hands of slavery; in the end she has a different respect for who they are and what they had to do to survive. Stories that critically examine the stereotypes we are living with in America are what we need to be supporting, talking about, and teaching.

Some time ago, I produced a short film entitled Hunting In America that looked at the issue of racial profiling. The story focused on the moral and ethical dilemma of an African American Assistant District Attorney prosecuting an African American defendant whom he knew did not commit the crime; he was obliged to try him and get him convicted for the sake of the Commonwealth. In one screening, a young woman stood up and said that this was unrealistic because the characters of the attorney and the judge were both African American and she believed that that combination could never happen in a courtroom. She had never seen it; therefore it could not be true.

Here we are in 2007 and we are still dealing with the these preconditioned ideas of the limits of achievements of African Americans, reinforced by the likes of Don Imus and history books that still don’t include achievements of African Americans in science, medicine, literature and art. Why is it that people, not only in America but internationally, have a hard time understanding that not all African American people are the same, and that there is no general prototype; they possess no one color, hair texture or body type. As long as Hollywood continues to perpetuate the myth, the lie, the world will not understand the diversity in the African American community, because the power of the media to create and sustain images is getting stronger everyday. We live in a media rich society where morality and economics are blurred and people are out only for themselves. Everyone is to blame for this. Not only the boardrooms of Hollywood studios but the scriptwriters as well. We have African American creating content to fit this Hollywood model in order to cash in and get their piece of the pie at the expense of an entire race.

Things will not change unless we as independent thinkers and independent creators challenge these Hollywood stereotypes, not just of the African American but of all minority groups including Asian, Latino, and all other ethnic groups who are constantly being portrayed in very limited ways. As more avenues open up for the distribution of media outside of the Hollywood system, we should be thinking about creating images that debunk Hollywood and societal myths and honor and celebrate the achievements of non-white cultures and races and educate a new generation about the rich talents of this multicultural world. These are the stories that need to be captured on tape, on paper or on video and shared with the world.

by Lisa Simmons, President of the Color of Film Collaborative in Roxbury