When I agreed to write about affirmative action for The Public Humanist, I realized quickly that the big challenge was to present this hot issue in a humanistic way. What does it mean to write about a political controversy as a humanist?

Karl Marx said that the point is not to interpret the world but to change it (Theses on Feuerbach, no. 11). I don’t agree with that. The important thing is to better one’s understanding. Any change that occurs through humanistic reflection comes indirectly, from the new interpretations of reality it supplies, not from pursuing change for its own sake.

Taking a humanistic approach to affirmative action means representing the whole debate about the issue, not choosing sides that have already been taken inside the debate. The true humanist tries to deepen the public’s understanding by removing issues from their conventional polemical setting and exploring them in unexpected frameworks.

In the humanities we have many different methods of interpretation, but I will offer just one here: the comparative method.

Baron Montesquieu, the French nobleman who wrote The Spirit of the Laws (1748) said that the capacity to compare was the greatest faculty of the human mind. Another profound comparative thinker, Alexis de Tocqueville, author of Democracy in America (2 vols., 1835-1840), said, “The mind can gain clarity only through comparison.”

Comparison can be local or global. Locally, I observe a remarkable divergence here in the town of Amherst. UMass, the big public university where I teach, has no affirmative action for student admissions; Amherst College, a small elite private college, does have affirmative action. This is a paradox. If affirmative action is supposed to compensate for past injustices, such as slavery, then shouldn’t our public institutions be at the forefront of atoning for our collective sins?

This paradox comes out of our constitutional system. The amendments to the Constitution that were added shortly after the Civil War, amendments designed to ban slavery and racial

A great example of a nation whose constitution explicitly advocates affirmative action is India. Article 14 of India’s Constitution seems to be based on the Fourteenth Amendment of our text. The Indian document says, “The State shall not deny to any person equality before the law or the equal protection of the laws.” Article 15 prohibits discrimination on the basis of religion, race, caste, and sex. However, an extra clause in this article says, “Nothing in this article?shall prevent the State from making any special provision for the advancement of any socially and educationally backward classes of citizens or for the Scheduled Castes and the Scheduled Tribes.” So there it is—affirmative action, right in the Constitution. Clearly, the framers of the text realized that the document’s general emphasis on equality and non-discrimination would tend to make affirmative action illegal. So they folded into the document an affirmative-action caveat.

A great example of a nation whose constitution does not endorse affirmative action is France. Article 2 of the French document says, “France is an indivisible, secular, democratic, and social Republic. It ensures the equality of all citizens before the law, without distinction as to origin, race, or religion.” In France, there is a very wide consensus that this precludes affirmative action on the basis of race. In fact, in France it is illegal for the government to categorize people according to their racial or ethnic origins. Censuses cannot collect information on ancestry. French statistics are forbidden to have any references concerning ethnic membership.”

Though the French are against affirmative action on the basis of race, they’ve recently become enthusiastic about affirmative action for females running for political office. The political parties are now required to slate a certain number of females as their candidates in elections. This policy is known as “parity.” Recognizing that this is a kind of affirmative action, and that it looks inconsistent with the principle of non-discrimination, the French dampened the contradiction by amending their Constitution. In 1999, they added a phrase to the Constitution stating that the law shall favor women’s “access” to electoral offices. 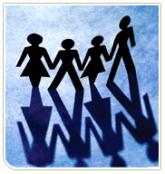