From Prose to the Silver Screen 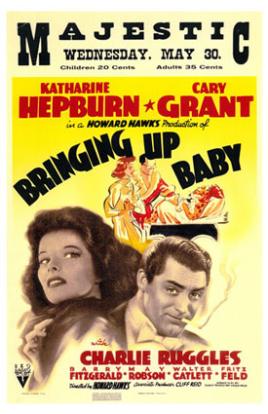 The saying goes that badly written novels make great films and great novels make lousy films. True? Let’s put it to the test. Bringing up Baby: OK story, great movie (I think this had something to do with Cary Grant). Silence of the Lambs: OK book, great movie. Memoirs of a Geisha: great book, good movie. Children of Men: great book, amazing movie. I could go on, and I am sure you could as well, so add your own list to this one and see where the plot points lie, (no pun intended).

In making these comparisons though, it occurs to me that so much of what we watch and what we read is subjective. Much like visual art, what one person thinks is a great painting someone else might think it is a mere scribble. A book that some might struggle to get through, others can’t put it down, and the same holds true for movies. The question becomes not whether a book can make a good movie but rather, does the book contain a good story, because in the end, that is what translates to film.

Films like Ben Hur, Silence of the Lambs, Out of Africa, and Dances with Wolves all won Academy Awards for best picture, not because they were adapted from great and amazing books, but because they told great stories, with interesting characters that were visual and three dimensional. Stories are what Hollywood is looking for and if the story happens to be in the middle of a novel, surrounded by detailed information that doesn’t move the story visually, it will be extracted and told on film without the nuances of the novel.

What is the formula for adaptation, and is Hollywood just being lazy and not trusting in original scripts and original subject matter? The thing is, movie adaptations are often completely different products than the books they come from. The films are infused with new characters, new scenes, miscast actors, and misguided interpretations. So, who should be held accountable to the source material from which these films are made? Directors and producers? And should adaptations always remain faithful to their source material?

I recently attended the Grub Street event, “Adaptations II: Novels Into Film” at the Coolidge Corner Theatre in Brookline, MA with authors Arthur Golden (author of Memoirs of a Geisha), Russell Banks (The Sweet Hereafter), Alice Hoffman (Practical Magic), and Scott Heim (Mysterious Skin). They read short excerpts from their novels and showed the corresponding scenes from the film versions and discussed the “translation” from page to screen. It was amazing to watch the differences. The book Practical Magic was wonderful, but the adaptation of it was empty and lacking depth. In The Sweet Hereafter, the filmmaker made the incestuous relationship between a father and daughter somewhat romantic and glamorous when it was heinous and vile in the novel. These changes, these adaptations, completely alter the text in search of a cinematic moment.

Sometimes it works and other times (more often than not) it doesn’t. Russell Banks likened adaptations to the making of a stained glass windows, the blowing of hand made glass is done by one artisan with the help of a few others who hold the pipe and smooth out the glass (the novel) and then the glass is shattered, another artist selects a few pieces for the window, and a craftsman is brought in to glue the pieces together and a framer is brought in to square up the window and a carpenter is brought in to hang the window (the movie). The adaptation of a novel is not the voice of one, but the voice of many.

So what are a writer and a filmmaker to do? There are so many good novels and there is so much material. I am actually wondering if writers today are writing with the silver screen in mind. I don’t remember the last movie I saw that was an original screenplay. Look what’s coming up: Atonement, Silk, Sleuth, Lust, Caution, Reservation Road, Kite Runner, No Country for Old Men, Golden Compass, and Charlie Wilson’s War all before December 25th. Perhaps for the readers in the room it would be better for the tag line to read: “inspired by the novel” instead of “based on the novel.”