Oh Jeez, how can I possibly say anything worthwhile on this subject after Lisa Simmons’ brilliant description of the Grub Street workshop in which Famous Authors whose books had been turned into Movies read actual Passages and then showed Relevant Film Sequences?

Even if Hayley had given me more notice, I’m just a documentary filmmaker who works from questions scribbled on the backs of envelopes, not from books.

But anyway, here goes: adapting a book for the screen is arguably like dancing with a piece of architecture. You read a novel. “Call me Ishmael,” it begins. You read the sentence again. You think about it. You remember you need to buy some toilet paper. You go out. You come back. You read twenty pages. It takes forty-five minutes; or maybe it takes five. You are in charge of the projector, after all. But it’s not a projector, which shows images.

There are no images on the page. It is black hen scratchings on blank white paper – words. You follow the words. You’ve learned the meaning of words; it’s the biggest part of school. With an alphabet of 26 letters you can construct all the words in English. But where is the equivalent alphabet for images? There is none. Every image is unique, and the number of possible images cannot be counted. 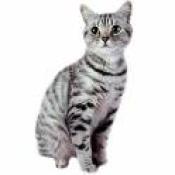 Consider the word “cat.” Then consider turning that word into an image. It cannot be done. You can construct an image of a Manx cat, or a Calico cat, or a black kitten, but you cannot construct an image of “cat.” This is the glory and the pain of image making. You cannot generalize. Jorge Borges wrote a wonderful short story called “Funes the Memorious,” about a remarkable young man who acquired a “photographic memory” after being thrown by a horse.

Funes saw every moment of every day with incomparable clarity. The sun on the apple tree at 12:01 pm looked completely different from that same apple tree a minute earlier, or a minute later. The richness of his new universe dazzles him. Then it kills him. He dies of pulmonary congestion at the age of nineteen. Because he “sees” so incomparably well, he cannot form a single thought. For, as the narrator concludes, “To think is to forget a difference.” If you cannot form a conception of “cat,” as opposed to all the different cats you have seen, you cannot make general statements of any kind.

This is why it is so difficult to translate ideas from words on a page to images on a screen, and why most films are so relentlessly anti-intellectual, as well as so glorious a respite from abstract thought.

But, you will say, reading words conjures up images in our mind’s eye. Why can’t we translate those into the language of film?

Good, let’s try the following experiment: we will translate the previous six paragraphs of this blog into the opening minutes of a film. After all, words call up images in our mind’s eye, so let’s just hire an actor, build a set, and let the images flow. But even to suggest such a project produces instant migraine. Anyone out there got any ideas, beyond an image of a pathetic, harassed scribbler on a blog deadline desperately pecking away at a lap top? That might do for paragraph one, but what about paragraphs three and four? Whoops. Those are ideas, and films don’t do ideas. Or do they?

Desperate, I call up an image from a recent film adaptation of an essay containing numerous ideas: Adaptation – a film about the horrible problem of turning a book into a movie. In it, you will recall, a scriptwriter named “Charlie Kaufmann” (Nicholas Cage) is charged with turning Susan Orleans’ (Meryl Streep) book length report on orchids and the collectors who are obsessed by them into a filmable script. In a demented prelude to a conversation with Orlean’s author picture, Charlie cries out: “I understand nothing outside of my own panic and self-loathing.”

Exactly. Now, I face the horrible problem of attempting to explain in words why this film about both the impossibility and the desperate necessity of translating literary storytelling into cinematic storytelling, succeeds.

Maybe it works because it tells you right off it can’t work (which arouses your sympathy) and as a result involves you as a co-conspirator in what to do about that fact. Charlie’s twin brother (also played by Nicholas Cage), too stupid to know what can’t be done, writes a script with every action movie clich in place and sells it for a million dollars while Charlie stews, falling in love with his idea of who Orleans must be, while she falls in love with her idea of who the orchid thief (Chris Cooper) must be.

Here, I see a way out. Maybe movies cannot show abstract ideas, but can show embodied ideas, glowing beneath the dirt of uniqueness encumbering every image. Charlie’s suffering on the screen becomes our own, writ large. We’ll leave it at that, for now. I hear my mother calling, Hayley.