Neither Leaders Nor Heroes

At this time in the academic year, as my energy wanes and I become more encumbered by bureaucratic responsibilities, I find myself reflecting about the social utility of professors. As a political science professor, such reflections always draw me back to Max Weber’s speech “Politics as a Vocation” in which he sought to define the calling for leadership in its most genuine sense. Since my first readingas a graduate student, it had the effect of convincing me that a life of teaching and studying politics offered the best possibility for combining my passion for justice with aspirations for social change. In this vocation, I neither see myself as a detached humanist standing outside the struggle for power or as a politician (in the ordinary sense) in pursuit of worthy causes. In the “real” world of politics, I imagined that when faced with ethical dilemmas of ends versus means, I would be forced down a path of moderation, but as an academic I hoped to have both the freedom and autonomy to struggle with inevitable conflicts between ideals and action.

This optimism about the academic life is put to the test as we confront a “polar night of icy darkness and hardness.” At the time of Weber’s writing, these words forebode the outcome of political chaos that lay ahead in post WWI Germany, while in the present they are evocative of the threats of environmental destruction and collateral consequences of neoliberalism. In these times, it is all the more necessary to see that our “calling” as academics is to move beyond teaching about social justice to becoming leaders acting for social justice. I think this requires us to not only think about how to encourage our students to be more socially engaged learners but to explore our potential both as scholars and activists.

Examples of distinguished activist-intellectuals come to mind, including Noam Chomsky, Cornell West and the late Edward Said. These activist-intellectuals provide courageous examples of how to bring together activism and a scholarly voice. Their writings show how their commitments to political struggle inform their vision and fuel original thinking. As public intellectuals, academics find a platform to articulate uncommon themes and resist the deadly impulse toward conformity driving most academic scholarship. These voices gain an almost charismatic authority in the academy and beyond.

We may imbue some scholars with charismatic authority precisely because we fear that contemporary intellectuals have become bureaucrats within university systems who produce esoteric knowledge, work in self-imposed isolation and are unwilling to risk their potential or current jobs for matters of principle. It is precisely this fear and negative characterization of the professoriate that prevents us from seeing the potential for politics as a vocation in our colleges and universities. This potential lies in Weber’s hope for a cadre of sober figures “who must arm themselves with that steadfastness of heart which can brave even the crumbling of all hopes.”

As teachers and scholars we are well poised to take on this challenge of working against the odds. We possess both the skills and mature perspective necessary for this endeavor. I was 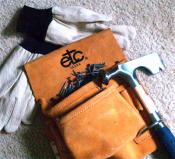 taken by the example of MIT physicist Alan Lightman’s project to build a dorm for University women in Cambodia (Boston Globe, Nov. 19, 2007). His choice to take on this project was driven by a desire to make a difference and a keen sense of how this particular community of women will benefit from access to a university education. I find it particularly interesting that he is well suited to the daily task of running a dormitory on the other side of the planet. I am similarly intrigued by the efforts of professors to use their unique knowledge and skills to aid the process of rebuilding gulf coast communities after Hurricane Katrina and organizing rebuilding efforts. In these terms, politics is both figuratively and literally a “strong and slow boring of boards.”

As a cadre of professionals, academics are “neither leaders nor heroes” but uniquely prepared, skilled, and seasoned for the task of addressing issues of poverty, violence, and environmental degradation on a daily basis. We are not easily disillusioned and possess a clear sense of the enormity and complexity of these issues. On a purely practical level, our organization talents, writing and speaking proficiencies, and theoretical mindset make us infinitely useful to these causes. This week I hope to, and encourage our blog readers to, reflect upon how well positioned we are as scholar educators to advance the true calling for politics.