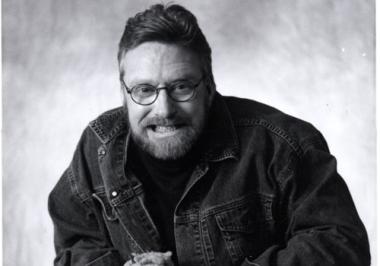 A little more than a month ago, Valley freak flags flew at half-mast, mourning the passing of longtime comedian, musician, radio star (who, despite the song, gallantly survived attempts on his life by video) and general public personality Louis G. Roscher, a.k.a. Buddy Rubbish. The Long Island native passed away on Friday, April 11, of complications after emergency heart surgery, at the age of 56, survived by his two young children, Jackson Louis (8) and Lily Eloise (6).

Buddy was something of a local celebrity, having hosted stand-up comedy open mics at the Hot-L (Hotel Warren) in Deerfield and later at the Iron Horse in Northampton. He was also a favorite DJ/on-air personality on local radio stations including WRNX, WGAM, WPVQ and, most notably, WRSI, where he co-hosted the Oldies Show with area musician Joe Lada, a.k.a. Bobby Darling. Having moved to the Valley in the late '70s, he was a vital part of the cultural "renaissance" that has transformed Northampton and its surrounding communities from post-industrial Nowheresville to an arts and entertainment hub and a popular tourist destination. He also played various musical roles in the annual Northampton Arts Council's Transperformance at the Pines Theater in Look Park.

Buddy's death has left a hole in many people's lives—his children's most of all, but also those of co-parent Ellen DeBruyn (a former Valley Advocate employee) and frequent comedic co-conspirators Mike Christman, Leo T. Baldwin and the aforementioned Bobby Darling, who all collaborated on a masterful obituary that ran in the Daily Hampshire Gazette (read at http://bobbydarling.com/Obit.htm).

A celebration of Roscher's life is planned for May 18 at 6 p.m., at the Northampton Center for The Arts, featuring The Bobby Darling Show and five other bands. There is an earlier gathering at the Unitarian Society of Northampton on the same day at 4 p.m. at which some readings and testimonials can be heard, and donations can be made in his memory to Buddy's Kids at any of the 18 Peoples Bank branches in the Valley.