The Marginalization of the Humanities

The pressures bearing down on colleges and universities across Massachusetts and the nation as a result of the country’s economic woes have reignited the long simmering debate about the marginalization of the humanities and the value of a liberal arts education. Academic humanists are being called upon as never before to defend their work and demonstrate the practical value of what they teach in order to stave off ever deeper cuts in departmental budgets. Writings by people like the erudite New York Times blogger Stanley Fish and press coverage of the recent unveiling of the Cambridge-based American Academy of Arts and Sciences’ Humanities Indicators project have brought the debate into the public sphere. Dan Gordon addresses the issue and offers some practical advice in his post earlier this week, Liberal vs. Practical Education.

The following essay by John Armstrong, a philosopher and vice-chancellor at the University of Melbourne, demonstrates that this debate is not confined to the United States. This insightful essay first appeared in the online newspaper The Australian (November 26, 2008) and is used here with the kind permission of the author.

Universities provide the institutional home for the humanities. And the flourishing, or decline, of the humanities more broadly in our society depends on how things go in the universities.

It needs to be stressed: the humanities are the formal, academic versions of ordinary human activities. We think about the past and what, if anything, we can learn from it; we talk about meaning and values in all sorts of informal ways; we look at the world; we seek entertainment and insight; and we think about life.

The vocation of the humanities – the underlying task – is to get those central areas of life to go as well as possible for as many people as possible. It’s a vocation with deep implications for the economy, politics and society as a whole.

However, the humanities are not flourishing: within the universities and in society, they have become marginal. And to a surprising degree the humanities are the authors of their own marginalisation. There are several powerful reasons for this, and a shortfall of funding is not a leading one. In fact, preoccupation with funding levels, rather than what funding should be used for, tends to obscure the real problems.

The core problem can be expressed in the language of economics: the humanities are geared to supply, particularly to supply research. They ignore demand. They are set up to produce refereed journal articles; this is the overarching goal. The impact of research is measured largely in terms of citations in learned journals. This is a fair measure of the regard in which an article is held. However, the audience for these journals consists overwhelmingly of other researchers: that is, of fellow suppliers of scholarly material. So, what this criterion of success cannot capture – in fact, what it completely disregards – is whether anyone else is interested in, attracted to, inspired by, moved by or enlightened by this work . . .

In other words, there is a pronounced institutional bias within the humanities towards a supply-side conception of the situation. This is reinforced by a structural bias against concern with demand.

Demand isn’t just a cold-blooded transactional notion. It is the consequence of enthusiasm, appetite, longing and recognised need, together with the willingness to pay for something by devoting time effort and money to it. There are three cultural changes that could remove these biases and reorient the humanities to their true task.

· Research needs to be redefined to embrace a wider range of cognitive virtues. At present research focuses on the scholarly virtues: accuracy of reference and care in drawing conclusions. These are valuable because they counteract our normal sloppy thinking. However, there are many more qualities of thinking: grace, charisma, intimacy, spontaneity, wit, depth, simplicity, grandeur, warmth, openness, drama, intensity and generosity. These vital and passionate qualities are linked to the power of ideas, the ways in which ideas get inside our lives and come to matter in everyday existence. The highest achievements in the humanities combine scholarly merits with a wider vision of intellectual merit. We’re probably stuck with the word research, but we can combat its tendency to exclude much that is of central importance to doing really fine work in the humanities.

· Intellectual ambitions need to be raised. There is a tendency in research to pursue problems in increasing detail; it is a natural consequence of specialisation. This can yield fruit: we can come to understand exactly how and why the Second Reform Bill was passed in Britain in 1867; we can become very knowledgeable about the tensions between Martin Heidegger’s early and late work. I say “we” because that is how the matter is presented in academic discussion; but “we”, of course, means a handful of people. Raising the ambition means holding on to one fundamental question: Why is it good to know this? Unless this question is answered, a research project remains incomplete. Intellectual ambition has been miscast in terms of the pursuit of ever more detail. It is really the pursuit of ever great value.

· The humanities need to cultivate the ideal of friendship. The humanities have often cast themselves as critics of society. It would be better to be cast as friends. A friend doesn’t have to admire everything you do but they do have your trust. Criticism comes, if it does, from kindness; it aims to help, not to humiliate.

Of course the humanities are not only devoted to research but it is research that (at present) drives the system: appointments are made largely in the light of research output; teaching is geared to initiating students in research; graduate programs are intended to train new researchers. The goals could be shifted, the game changed and the good consequences would flow. 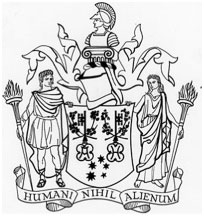 These cultural changes could be brought about by adapting the criteria for research funding, promotions and appointments in humanities schools. The boldest and perhaps most powerful move would be to recast the Australian Academy of the Humanities (AAH). This worthy body has many fine members but it cannot be said to play an effective leadership role.

The Academy was founded in 1969 as a corporation of people of the highest distinction and scholarship in the field of the humanities that would assist in the attainment of high standards in scholarship in the humanities in Australia and help Australian humanists to play a bigger role in related international activities, thereby serving the best interests of the community. It’s time to reword this charter. The problem is the tension between the way scholarship is understood and the best interests of society. Scholarship – in the sense of academic work undertaken for other academics – doesn’t identify the contribution the humanities should make to society. [These same points apply mutatis mutandis to the U.S. counterpart to the AAH, the National Endowment for the Humanities – Eds.]

If these changes were made, the humanities would be able to forge a much stronger relationship with society. It is open to government to make these changes, to liberate the humanities and help them address the great task of our time, articulated in inspiring terms by former University of Melbourne vice-chancellor Alan Gilbert: “the Promethean task of nurturing successive generations of wise, informed, liberal-minded, humane citizens everywhere in the world, and helping them to develop the skills, values and confidence to build just, sustainable, prosperous civil societies capable of guiding human civilisation through this most dangerous of centuries.”