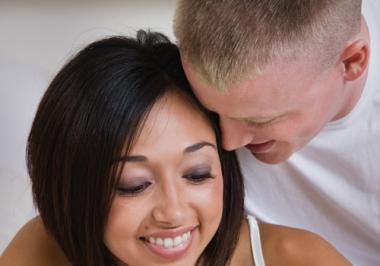 If the frenzy over Viagra is any indication, Americans these days are wrapped up in thoughts of all the ways we can "fail" at having sex. But our focus on failure—added to our stressful lives and high expectations—may in fact be holding us back from a broader, more rewarding experience of sexuality.

Despite our society's persistent fixation on the penis, erectile dysfunction is only one aspect of what some clinicians see as a growing gap between what we want and what we actually get out of sex.

Relationship and sleep therapist Dr. Siegfried Haug of Goshen sees evidence of that gap every day. The patients who come to his Connecticut office are often strung-out, sleep-deprived, and depressed. For the couples he counsels, sexual dysfunction forms one part of a larger deterioration in the way they treat each other. And while Haug draws his data from one extreme of the spectrum, his conclusions point to what he sees as a widespread trend: a growing sense of disappointment in sex, love, and reality.

"People seem to realize there's a huge gap between what they thought sex is and what it [actually] is," Haug told the Advocate. "There's this huge level of disappointment. Sex doesn't seem to do what it's supposed to do."

The Internet is one culprit, Haug says, since pornography leads people to fantasize about sex in ways that are unrealistic and even harmful. For young people especially, watching relationships develop on television (where people can fall in love in five minutes) skews reality.

"Relationships take longer, they are messier, [there are] consequences that [you] don't see," Haug says. Seeing characters in shows have orgasm on demand, for example, can set us up for frustration; when we can't follow suit, we believe there is something wrong.

The growing gap between expectation and reality has led to "huge waves of disappointed, disenchanted young people," says Haug. And while the root of the problem may be the tremendous pressure we place on sexuality—and on ourselves—people are more inclined to blame their partners than to reassess their own attitudes. Straight women often sit in his office, throw up their hands, and say they are "done with men," while heterosexual men, Haug says, are "increasingly leery of women."

Scientific evidence may seem to enforce the sense that women are disappointed with sex. Ten years ago, a study published in the Journal of the American Medical Association found that 43 percent of women and 31 percent of men reported having experienced "some degree" of sexual dysfunction. But Providence, R.I.-based sex educator Megan Andelloux says that although it may be comforting for women to know that others also have trouble reaching orgasm or becoming aroused, the focus on dysfunction limits our ability to seek greater pleasure.

"I always think that there's room for improvement, and room to play and explore," says Andelloux. "When we call it dysfunction, we set people up for disaster, as opposed to saying they have the opportunity to grow."

One issue for women, Andelloux says, is that heterosexual "sex" is still largely defined as penile-vaginal penetration. But what some clinicians label female sexual dysfunction may in fact be a preference for what we commonly call "foreplay."

"Women have this belief still… [that] there's something wrong because they are not [experiencing orgasm] during vaginal penetration," says Andelloux, adding that we should "get rid of [the term] 'foreplay' and talk about that as sex. That's how the majority of women tend to get off. It's really reframing what we think of as sex."

Northampton-based sex therapist Jassy Timberlake believes that the focus on "dysfunction" stems in part from the eagerness of pharmaceutical companies to promote Viagra and other medications that cause erections.

"Viagra was not the magic bullet that men hoped for," Timberlake says. "It doesn't give you desire, it just gives you an erection." Viagra may help some men achieve erections, but when it comes to fostering desire, "I think that's more about a conversation than it is about a pharmaceutical," Timberlake says.

Timberlake says she often sees couples who are disappointed that their lives don't match what they've seen in pornography. "I think it's important to stress changing expectations, and not taking medication," says Timberlake.

At Oh My, a "sensuality shop" on Northampton's Main Street, co-owner Carol Gesell and her colleagues are redefining sexual pleasure. Gesell notes that many factors affect sexual response—from the medication someone is taking to their blood pressure to their level of stress. But Gesell urges her customers toward a vision of sexuality that incorporates the whole body, including the brain.

Gesell advises customers to remove computers and other distractions from the bedroom, to perform massages and kiss each other, and to take time to be "sensual," not just sexual.

"If you devote time and energy to being a sensual being, it doesn't matter if your penis works," she says.

Despite his best efforts, some of Siegfried Haug's patients still conclude that the stresses and strains of pleasing someone long-term just aren't worth the effort. But when asked why he thinks some people choose to stay in lifelong partnerships, Haug has a practical and poetic explanation:

"We need data to stretch beyond selfishness to maturity," says Haug. "My partner has the data….that is absolutely invaluable. No one can give you more information than the person you've lived with for 20 years. I think we have a longing and a need to grow."