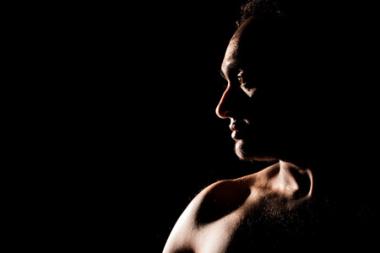 The Berkshire Fringe’s name reflects both its geographical and artistic relationships to the area’s other summer theater festivals. It’s tucked into the southwestern corner of the state—though its host community, Great Barrington, has good reason to pride itself on being the coolest up-and-coming Western Mass. destination—and its aesthetics begin where those of the other Berkshire playhouses leave off. An adjunct goal of the county’s major theater companies is to develop the next generation of artists and nurture the next generation of theatergoers. But that’s the entire mission of the Berkshire Fringe.

Dedicated to “the exploration, creation and presentation of affordable, cross-disciplinary and dynamic new works of contemporary theater,” the three-week Fringe festival devotes itself to original work of, by and usually about the young generation. It presents artists who are mining contemporary themes in disciplines underrepresented in the mainstream, and seeks to attract young people who don’t go to the theater often (or at all) and who perhaps wonder why they should.

The Fringe is produced by three New York-based Gen-Xers, two of whom grew up in Great Barrington, and is headquartered, appropriately, at another alternative institution, Simon’s Rock. Two or more shows run in repertory each week, along with readings, workshops and free music concerts. Last week paired a history-based ensemble piece with a seriocomic autobiographical one-woman show.

Give Us Bread looks at the women-led food riots in 1917 on New York’s Lower East Side, which were touched off by price gouging and fueled by immigrants’ anger at the broken promise of freedom and opportunity in America. The story, told in short vignettes alternating with stylized movement-based sequences, focuses on six women, including the real-life organizer/agitator Marie Ganz and five rather conventional archetypes: the young Irish mother, the fiery Italian wife, the Jewish pogrom refugee and her artistic step-daughter, and the street-wise kid.

Both the script and the performances by the young cast are engaging, heartfelt and rarely preachy. The company, The Anthropologists—led by 2003 UMass graduate Melissa Fendell Moschitto—is so called because it digs into the historical record to create work that reflects and informs contemporary issues. Projected graphics at the beginning and end make the connection by reminding us that today, 49 million Americans live in “food-insecure” households.

In her one-woman show Viva la Evolucion, Diana Yanez segues from a fairly standard set of stand-up gags about growing up Cuban-American into an atypical coming-of-age and coming-out story. For her, it wasn’t about discovering her lesbian identity and fighting to have it accepted, but not even being aware of it. In her often funny reminiscences, she tells us she was a self-described “fag hag” who dated men but never fell in love until one day in her late 20s the thunderbolt realization struck.

This week at the Fringe, in another one-person show, Draw the Circle, Deen (one name only) recounts his own evolutionary journey of discovery and transformation from female to male; and the duo of Jo Firestone and Dylan Marron portray all of the pre-pubescent entrants in the comic Ridgefield Middle School Talent Nite.”