Spring has now taken full possession of the valley. The trees have fully leafed out and in my yard mosquitoes swarm to me like lemmings to a cliff. The plants in the garden, wanted or not, or growing fast and furious. I suppose that should be quickly and furiously, but I like the reference to that fine movie. 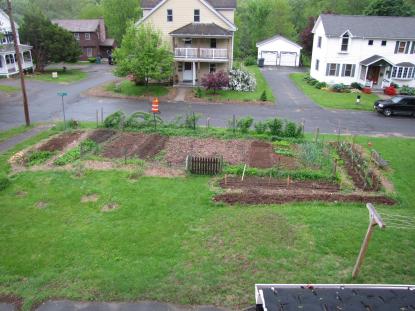 Last weekend we all got left behind, well everyone except for Macho Man Randy Savage, who died for our sins. This weekend we celebrate Memorial Day, ostensibly to commemorate and memorialize those who have died in the many wars fought in our name.

In Massachusetts Memorial Day has also come to be “plant your garden day.” This is somewhat arbitrary. The last frost in most of Massachusetts is on or before May 15 on average. I imagine it is getting earlier every year. I’m sure FoxNews will do an expose showing how the Democrats have been moving the frost date to lend evidence to global climate change.

But I was saying that Memorial Day is arbitrary for planting. It probably was when it was celebrated on May 30th, but since the seventies we have been given a nice three-day weekend to celebrate. That make it a good time to plant tomatoes. Everyone is out planting a garden on Memorial Day. Much as New Year’s Eve is called amateur night by folks in recovery, Memorial Day is amateur day for gardening. The big difference is that there’s absolutely nothing negative about it: I love seeing all the people out planting tomatoes.

I the past I have tried to get my tomatoes in the ground early, but they always seem to suffer from too much rain, sub-optimal temps or general scorn from nature at large. For five years or so I’ve been observing the traditional planting day. This year will be no different. My seedlings are vibrant and ready. 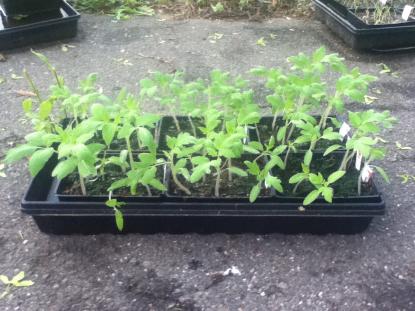 The garden’s far too small for all those tomatoes so some will be raised by neighbors. Hopefully we will not see the troubles of 2009 again, but if we do I hope I don’t get blamed.

For lots of other crops I don’t pay attention to the traditional planting date. This week I’ve been harvesting spinach and lettuce. 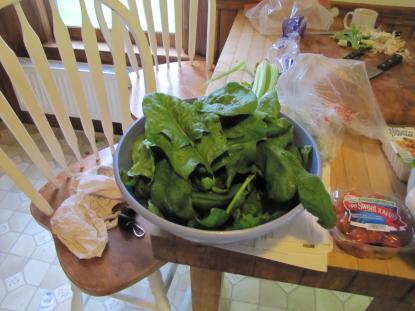 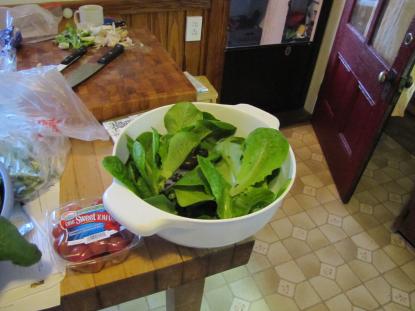 That’s the haul that came in on Tuesday evening. I made a nice little garlic spinach thing for our beans and we had a salad. You’ll note those tomatoes weren’t locally sourced. They were pretty good anyway.

For some reason I feel pressure around Memorial Day to have a perfect garden. I’ve been noticing weeds and thinking: “this will not do. What will the neighbors think?” Hopefully they’ll think “maybe I could eat some of Caleb’s lettuce.” But more likely they’ll wonder “I wonder if there’s more beer in the fridge.” Maybe they’ll get me one while they’re at it.

Nevertheless I feel like I have to primp the garden and make it look nice so people don’t walk/drive/ride by and think: “that used to be such a nice yard until the hippies moved in.”

So this weekend while everyone is putting in their brand new six packs of veggies I’m going to be furiously weeding. I may start giving the boarders a nickel a bucket for weeds.

Soon these ladies might start helping me with the bugs. Lately they’re just keeping me up at night. 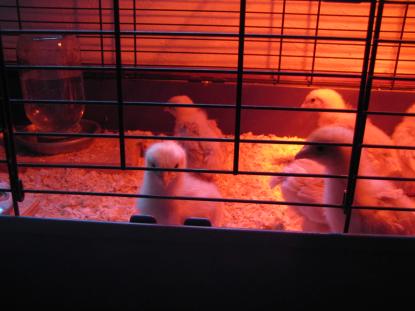