You may have heard of a popular search engine named after a very large number. If I type the word “poison” into this search engine, I am directed to an embarassing time from my past. 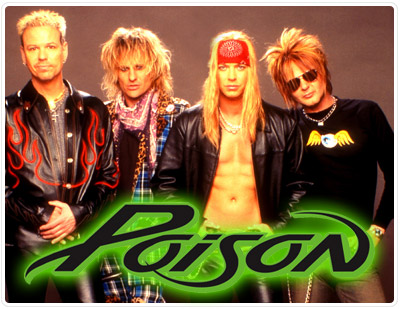 Yikes! Yikes squared, this is a recent picture, these gentlemen are still touring. If I weren’t writing this at this moment, I could be driving furiously to Toledo, Ohio. There are still tickets available!

I began typing the word “poison” into the aforementioned popular search engine because of a recent observation I made on a short bicycle trip from Northampton to the larger of two islands south of Massachusetts’ crook. I do this trip most years to meet my family.

Sometime in the summer without warning they leave the house without me for a “vacation.” I have to chase them down and it takes me a couple of days. This gives me an opportunity to inspect the roads of our beloved commonwealth.

Since last year I have noticed a massive uptick in garbage. It reminds me of some very poor countries I’ve visited and I have to admit it’s a bit depressing. I wonder if there’s a correlation between our nation’s economic outlook and roadside garbage. I hope not.

The other thing I noticed this year (I’ve noticed every year though) is this little plant: 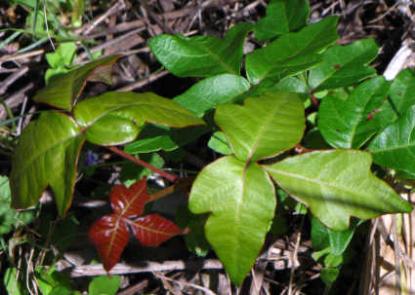 Our state flower is Epigaea repens, but I think we should supplant it. Based on the quantity of this stuff I saw growing beside the road, I propose poison ivy toxicodendron radicans. It can climb trees like an ivy forming adventitious hairy routes the whole way. Some times it forms dense ground cover or pretty little shrubs. In the fall and early spring the leaves are a beautiful dark red.

And best of all it makes people itch. Even the leafless stems can cause itching. If you inhale smoke from burning ivy, it will cause your lungs to swell (if you’re sensitive — 30% of people or so aren’t). Animals, though, are not sensitive, only humans. It’s an indigenous North American plant that is revolting against the most invasive perrenial of all time.

What a great state plant!