I have written about respberries several times over the course of the last few months. Last year’s harvest was dissapointing at least in part because of poor pruning and trellising on the part of my yard boy. This year I decided to change all of that, I fired all of the help and set about taking care of things myself.

In the early spring I pruned each plant down to five or six strong canes and tied them so they wouldn’t slouch. I don’t tolerate poor posture in my perrenials.

I’m going to pretend that my efforts were rewarded. In fact, these plants did fruit abundantly in June, but I imagine it was random chance and not my work. We ate them right from the plants, froze them and even tried raspberry ice cream (it didn’t work well because the berries turnd into frozen clumps). 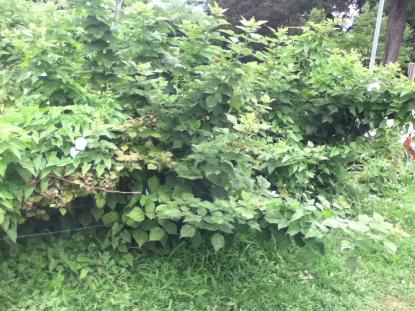 That first flush passed all too quickly and now the plants are overgrown. The canes are weighed down by the calyxes that used to hold fruits and the leaves are turning sick yellow colors. In addition two vining evil doers are invading. The most pernicious one is some sort of wild potato (Ipomoea pandurata). I think the previous owners may have planted it (!). The others are the ever-expanding butternut squash plants. There’s really only one thing to do with evil-doers, but since I can’t invade a country nearby based on trumped up charges, I’ll have to remove them. 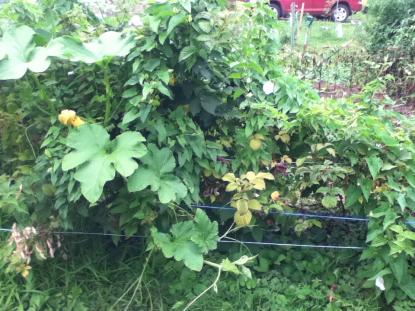 The fall crop of berries will form on this year’s canes, so I need to get the invading vines and the old canes out of there so that the young ones can photosynthesize and turn carbon dioxide into delicious sugary berries. So like a plastic surgeon prepping for a particularly horrendous lift I put on some thick gloves and began thinning. After about an hour I had perked everything up quite significantly: 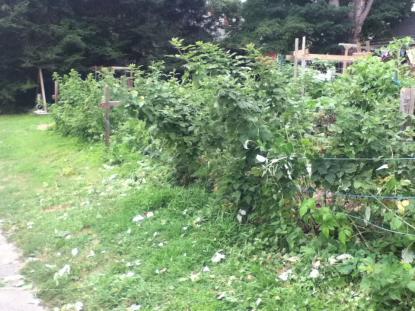 I suppose the low res picture doesn’t looks so cleaned up, but the plants now have enough sun exposure to really begin growing.

Here’s a close up of the next crop starting to form: 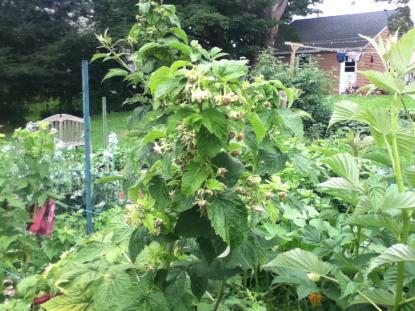 The real joy here is looking at all the bees dancing around the flowers acting as pimps and helping the raspberries perform sexual reproduction.

Speaking of sweets and dancing, when I went shopping this weekend I was greeted by the following display: 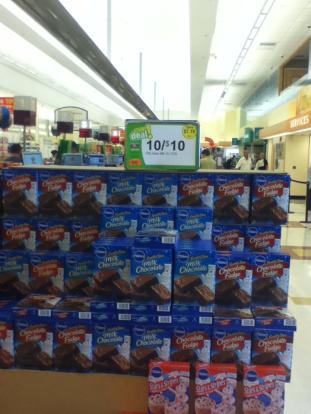