The Other Side of the Paper: Jonathan Edwards as Slave-Owner 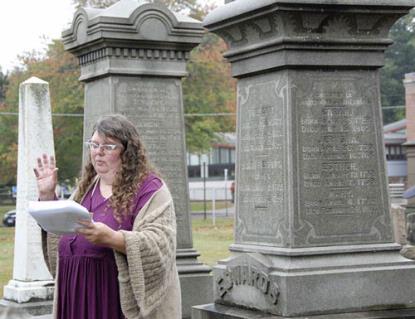 The eighteenth century preacher and theologian Jonathan Edwards wrote on any paper he could find. In Northampton and later in Stockbridge, he made extensive notes on a version of the Bible with large, lined margins, writing alongside what was, for him, the direct word of God. He wrote on scraps from his daughters’ lacemaking work and in the fold of a newspaper. He wrote on ordinary foolscap when he had it, and on the backs of other things when he didn’t: prayer bids from the congregation, other people’s manuscripts, his wife’s shopping lists, prescriptions, receipts. Scraps of life from eighteenth century New England that would have been discarded have been preserved because Edwards wrote about sacred matters on the other side.

One thing saved in this way is a bill of sale from June 1731 for the purchase by Jonathan Edwards of a “Negro girl named Venus.” Edwards had an annual salary of only two hundred pounds; he paid eighty pounds for Venus. Edwards travelled to Newport, Rhode Island to buy this girl, who was roughly fourteen years old. Kenneth Minkema, director of the Jonathan Edwards Center and Online Archive at Yale, has done gripping and thorough research on this moment (and many others involving Edwards as a slave owner). Because the seller was a slave ship captain and the purchase took place in Newport, a sea port at the heart of the North American slave trade, it is likely that Venus was African. That the record of her purchase was saved because Jonathan Edwards cut it into four pieces and wrote sermons on the other side is a powerful physical image, both fact and metaphor. One side of a piece of paper can’t exist without the other. Northern slavery was integral to the early history of the U.S., even to the life and work of someone like Edwards – widely recognized as a brilliant theologian, philosopher and writer – in ways that are as ubiquitous and underacknowledged as the back side of a page.

Slavery was on the increase in New England in the first half of the eighteenth century. In his indispensable book, Slavery in the Connecticut Valley of Massachusetts, Robert Romer identifies twenty-four local ministers ordained in the eighteenth century or earlier who owned slaves. (The ministers were, of course, far from alone in this.) Solomon Stoddard, who was both Jonathan’s predecessor in the Northampton pulpit and also his grandfather, was probably not a slave-owner. Jonathan Edwards owned several slaves throughout his lifetime, and a “Negro boy named Titus” was listed, terribly, among the “Quick Stock” in the inventory of his will.

Despite the characterization of a human being as “stock” in his will, Jonathan Edwards acknowledged the humanity of slaves. (That may be cold comfort when contemplating the breathtaking arrogance of the practice of slavery, but it is true.) He was the first Northampton minister to baptize African Americans and admit them to full church membership. During the Connecticut Valley religious revival of 1734-35, he admitted six African Americans, including Leah, who was enslaved in his household. (Scholars speculate that this may have been Venus with a new name). The publication in Boston and London of a dramatic account by Jonathan Edwards of the Connecticut Valley revivals helped spark the Great Awakening, which swept the colonies in the early 1740s. Even though this wasn’t the intention of most of the preachers who fanned its flames, the Great Awakening, with its emphasis on direct individual experiences of grace and overt emotion in religion, served as a democratizing force. It drew thousands of people to conversions, including large numbers of African Americans, most of them slaves.

Jonathan Edwards was a passionate supporter of the revivals, yet among his papers are fragmentary notes in support of another minister, Benjamin Doolittle of Northfield, who was opposed to them. Doolittle was being challenged for complex reasons by members of his congregation, who criticized his status as a slave-owner as part of their wider struggle. It is striking that his support for another minister whose authority was being challenged around slave ownership trumped their disagreements over religious matters which were core to his life and faith. In these rough notes, Edwards cited Scripture in defense of slavery and accused the complainants of hypocrisy for using products made by enslaved people while claiming to believe the practice was wrong. While he supported domestic slavery in this argument, he condemned the African slave trade. Since he himself had, ten years earlier, bought a girl who was very likely an African slave, in my work as a novelist I have imagined him being influenced by the intimacy of living with her in his household, and that being a witness to her suffering had an influence on this shift in his thinking.

Although he is buried at Princeton, there are two markers for Jonathan Edwards in the Bridge Street cemetery in Northampton, where he preached for twenty-three years. There is also a gravestone for Sylva Church, who, according to nineteenth century family historian Benjamin Dwight, was enslaved in Northampton – first in the family of Jonathan Edwards’s daughter Mary Dwight, then in the household of his granddaughter Sarah Storrs – from age nine until she died at age sixty-six. Some of the next generation of religious thinkers influenced by Edwards – including his student Samuel Hopkins and one of Edwards’s sons, Jonathan Edwards Jr. – were very early abolitionists who cited his work in making their arguments against slavery.

The choices that Jonathan Edwards made as a religious leader, a thinker and a slave owner had an impact on the lives of his children and on the people around them, including Leah and Sylva Church: church members and enslaved persons. The reverberations continue across many generations. His passionate, lyrical, demanding writing were powerful enough to have consequences out of his control and long past his time. His work and his choices, as well as the unacknowledged, unpaid, unfree work of people like Venus and Sylva Church, have shaped the New England landscape, both cultural and physical, as it exists today.