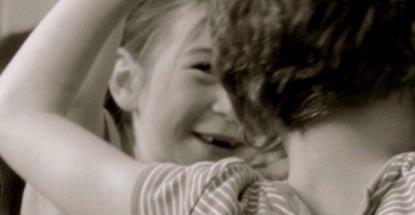 Monday morning I got a phone call from my dentist’s office that I had a cleaning scheduled for Wednesday morning at 8:30. “Oh,” I said, “Hmm. Well, I don’t write these appointments down because otherwise I’ll get too anxious. My husband’s going to be out of town. Can I just call you back in about an hour? I have to work this out,” I said.

Just to be clear—I felt like a total idiot as I confessed to the depths of my dentist anxiety (maybe phobia) and then scrambled to work out the logistics so that I could indeed attend my cleaning. I babbled to Joanie on the phone that I have the number memorized so that I can make referrals to the practice (which is something I do, regularly; if they offered incentives for referrals, I’d probably be able to get some free cleanings or something by now).

I walked up the stairs at the same time as a man who was headed in for his cleaning—and I held the door since I reached the entrance first. We appeared to be roughly the same age.

Once in the room—right away, because the 8:30 appointment really is the way to go—I let Linda, my awesome hygienist whom I pretty much trust with my life do her thing. I would be more chatty or engaging, but I really can’t do more than shut my eyes, open my mouth and cope.

I used to need music via earphones and contemplate something like Valium, but my friend Penny told me her Manhattan dentist gave her numbing gel and I made a request for it, and it helps. Let me repeat: numbing gel is brilliant stuff. If you’re anxious about routine checkups at the dentist, request some. If you are refused this request, switch dentists. I tend to remind myself not to let my neck lock back and I try to stay calm. I don’t open my eyes till it’s over, more or less. Linda—and my dentists—tells me I’ve come a long way.

Notes: if someone else confessed to anxiety at nearly phobia level about the dentist (or whatever), I would be compassionate toward that person. I mean fear is part of the human condition. It’s nothing to be ashamed about. However, I really do feel ashamed that I am this afraid of my visits to the very nice Linda and Carina and Marty. I have gone so far as to tell Marty, “I could have a hundred babies if I never had to sit in this chair again.” For the record, that’s 100 labors not 100 pregnancies.

Toward the end of the cleaning before I received my check-in with the dentist, Linda said she needed to chart my gums for bone loss (she said it in a much more technical way, but since I never ever ask anyone about gums—like when a friend has gum surgery, I just insist that I not hear details, none as in stop right now, say NOTHING). I surely appeared—expression-wise, not in any other way—just like Kerry Washington in Scandal when she realized she was stuck in the apartment of the man she just slept with who happened to have set up a huge number of surveillance cameras in her apartment—this kind of distressed woman meets deer in headlights bug-eyed look.

Linda assured me this was routine and nothing to worry about and that it was simply a thing they watch. Meantime, I was busy processing BONE LOSS IN YOUR MOUTH. I am pretty fine about this whole middle age thing, but it’s possible—and I wish I felt more tongue in cheek than I sound—that dental issues could be the catalyst for real undoing about age for me. For now, Linda checked and I should floss not harder but longer and all is well. Yeah, PHEW is right.

Also, if you can’t tell by the insertion of Kerry Washington in Scandal in the midst of this dreary and somewhat pathetic dentist visit tale that I am completely obsessed with the show, please know that I am and I personally invite you to watch it. It’s addictive. That’s all I’ll say. Don’t judge, enjoy. And as has been the case to the point of trend, I did get enticed to watch it via Twitter.

As I paid for my visit, the man who walked into the office at the same time I did came to the receptionists’ desk and he scheduled his next appointment—for four months (other patients, they’re just like me!). He held the door. We walked down the three flights of stairs and outside, and compared notes: he’d just had that mapping thing done for the first time, too. He, too, was somewhat (I almost wrote totally, but that’s assuming he is as anxious as I am about the dentist and he appeared to be in a more normal range of anxiety) freaked out by this development he’d never known was part of the aging process.

Off we went back into our middle-aged lives. I’m so grateful for mine, even the part where despite my dentist anxiety, I’ve kind of figured out how to manage it well enough that I can go back to my day without a fuss and compartmentalize this anxiety until my next phone call from that office. It’s nice to learn how to live with your very own quirky self. If only I didn’t have to wait until April 25th or something like that for a new Scandal I’d be all set.

I think it’s no surprise that I worked hard to get a shot of Lila’s gap on account of her missing two front teeth, the most cherished look in all of lost teeth. This was later the same day, at our very first (Saskia and mine) HooteNanny. Now, that was fun. 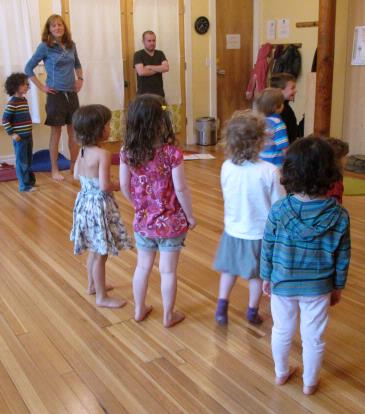