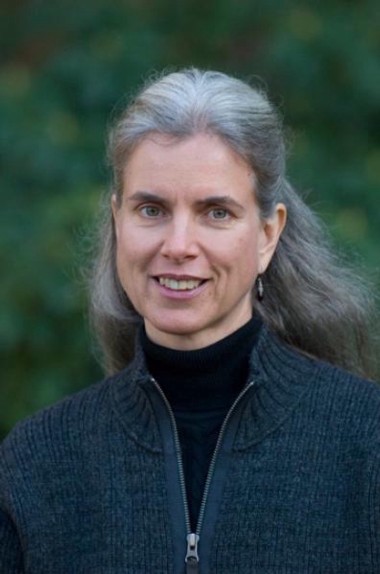 In Chembe Village, in the southeast African country of Malawi, the population is 90 percent unemployed, 90 percent illiterate, 50 percent malnourished “and 100 percent beyond the American middle class mind’s concept of poverty,” as Suzanne Strempek Shea puts it in her new book, This is Paradise (PFP Publishing).

Nonetheless, this village of 15,000 people, by the “turquoise and inviting” waters of Lake Malawi, is also a draw for tourists, who come to the remote area with a typically laid-back itinerary that might include “working on a tan, going for a snorkel, taking a lounge in a hammock and settling into the latest gap year campsite,” Strempek Shea writes.

Two days after he sent that message, 25-year-old Billy Riordan drowned while swimming in Lake Malawi—a tragedy that led to the subtitle of the book: “An Irish mother’s grief, an African village’s plight and the medical clinic that brought fresh hope to both.” In it, Strempek Shea, a Bondsville resident who worked as a reporter for the Springfield Newspapers before embarking on a career writing fiction and non-fiction books, tells the story of Mags Riordan and how she’s helped save countless lives in the village, 8,702 miles from her home in County Kerry, where her son lost his.

Mags Riordan first visited Chembe a year after Billy’s death. She came to deliver a stone, engraved with his name, the dates of his birth and death, and the words “This is Paradise.” She also began thinking about a way to memorialize him that would have a direct effect on this place he considered paradise.

A school guidance counselor, Riordan first contemplated opening a school in the village. But a chance encounter during a trip there in 2001 caused her to change direction: one day, a local man came to the tourist lodge where Riordan was staying, carrying a young boy with a badly hurt leg. He had nowhere else to take the boy, Strempek Shea writes. The nearest hospital was in a village called Monkey Bay, 11 miles away “down an often twisting and completely corrugated road that can partially disappear beneath torrents during the November-to-April rain season,” making it all but unreachable to residents of Chembe, which has no public transit and only a handful of privately owned cars.Wisely, the man realized that his best hope was to bring the boy to the lodge filled with international visitors who, the locals knew, often traveled with basic medical supplies.

Riordan cleaned and dressed the boy’s wound and gave him antibiotics. “I took one look and knew the child would die of septicemia [without that treatment]. Two or three weeks, he’d die,” she tells Strempek Shea. “Or he’d be taken to a witch doctor who would pour engine oil into the wound, and he’d definitely die.”

The experience, as well as a famine plaguing the area at the time, prompted Riordan to drop her plans to start a school and instead begin planning for a health clinic in Chembe. “I went to the village and people were dying on the streets of hunger-related diseases. Dropping dead in front of me,” she tells Strempek Shea. “Only then I realized, what was the point of building a school when people were getting sick and there was no one to treat them? Initially it seems a crazy, crazy idea, but I decided that’s what I was going to do.”

In 2004, the Billy Riordan Memorial Clinic opened. It’s a modest operation, staffed by a rotating roster of volunteer doctors, nurses and medical students from other places (whom the locals call “Billys”) and some staff hired from the village. (While Riordan would like to hire more villagers, language barriers and the low rate of education in the area have made that hard.)

There’s no autoclave to sterilize medical implements (the staff sometimes boils equipment back in the kitchen of the lodge where out-of-towners stay), and new volunteers arrive with suitcases stuffed with exam gloves, antibiotics and other supplies that can be hard to come by. Power outages are a common occurrence, and water comes from a well that the clinic staff has had to lock to prevent villagers from draining it.

But those privations seem almost negligible in the context of public health in Malawi, where the life expectancy, Strempek Shea reports, is 57 or 58; eight of every 100 pregnant women die before giving birth; and one in 10 babies don’t live to their fifth birthday. Malaria and HIV rates are high, and devastating floods and famine occur regularly.

The country, the eighth poorest in the world, provides no social services, making a clinic like Riordan’s an invaluable asset. By the end of 2013, Strempek Shea writes, 275,000 people had been seen by the clinic, which also offers family planning counseling and distributes mosquito nets to ward off malaria and porridge mix to mothers with undernourished children.

To write This is Paradise, Strempek Shea trailed the seemingly tireless Riordan over a period of a couple of years, visiting her at the clinic, where she lives eight months of the year, and at her home in Ireland, where she runs the charitable trust that funds it. Riordan’s travels also include regular fundraising trips to Western Mass., where she’s found enthusiastic support, particularly among the Irish-American population. (Strempek Shea first met Riordan when she was manning a booth raising money for the clinic at the Big E.) A non-profit called Billy’s Malawi Project USA, which got its start at the Irish Cultural Center at Chicopee’s Elms College, collects donations and holds fundraisers to support the project.

In the book, Strempek Shea introduces readers to clinic staff and some of the volunteers, remarkable in their own right, who spend their own money to travel to a place most have never been before, where they’ll spend months with little or no contact with loved ones back home. She also introduces, through memories shared by family and friends, Billy Riordan, a laid-back young man who had, as his mother puts it, “itchy feet” that inspired him to pop on a backpack and see the world.

It’s a trait he shared with Mags Riordan, who admits to her own wanderlust (as well as a track record of altruism; years before Billy’s death, Mags had traveled to Bosnia to do volunteer relief work there). As Strempek Shea describes her, Riordan is a perpetual motion machine, with little time or tolerance for dwelling on things like how she’s managed to live through the kind of tragedy that would bring many people to their knees. (In addition to Billy, Riordan lost two other of her five children, both as infants.) “If asked how she’s survived what life she’s been dealt, the answers are brief,” Strempek Shea writes. “‘It’s an Irish thing’ and/or ‘I was born like this.’…”

Most people, Riordan tells Strempek Shea, “think I’m out-of-my-mind crazy. I don’t think I am. I happen to think that, despite all that’s happened in my life, I’m very well balanced. I think when you’re born there are certain things genetically in you. Some people are born worriers, some people are born procrastinators, some people are born practical, impractical. Maybe I was just born with a certain predisposition to being able to cope. That’s kind of the only thing I can really say.”

While This is Paradise tells without apology its story of fortitude in the face of tragedy (“It’s not corny to say Mags’ story is very inspiring,” Strempek Shea says in an author interview at the back of the book), it also takes on some controversial material, notably, the uncomfortable history of Western aid efforts in Africa.

To people in the developed world, Strempek Shea writes, the word “Africa” invariably brings to mind two images: “sweeping vistas chock full of incomparable wildlife,” and people living in abject poverty, “if not coming at you with spears extended, then with outstretched hands.”

For generations of Catholic school children, that latter image was reinforced by drives to support African missions. At one point in Ireland, Strempek Shea writes, children would bring in their pennies for the “little black babies,” personified by a plastic doll called “Sammy” who would nod his thanks when you put a coin in his box. In another fundraising project, children would receive a card printed with a set of rosary beads. Every time they made a donation, they would punch out one of the beads, and when all the beads were punched, they could select a “Christian name” for an African child—a practice that some children took to mean that they’d “adopted” that child.

Later charitable efforts (think the Live Aid concerts of the 1980s), while perhaps more sensitive, still trafficked heavily in images of bloated-bellied African children with flies clustered around their eyes and mouths—the kind of images that some critics, Strempek Shea notes, describe as “the pornography of Africa.” Those images might be problematic, but they’re also effective, Elaine Cosgrove, the clinic’s assistant project manager, explains ruefully: “If you were trying to get money from someone, you showed people who are down. We have so much media at home, they need a shock factor in order for you to react.”

Money is a source of constant anxiety for the clinic, which runs on a tight budget with little fat. (Strempek Shea describes Riordan and a staffer on a shopping trip for supplies, debating where they can find the cheapest toilet paper.) Riordan dreams of finding a deep-pocketed American who might sponsor the operation, which she estimates would cost about $250,000 a year: “How many pay that in taxes a year?” she asks rhetorically. “[Y]ou think of all the people in America who have shedloads of money—if you could connect with them.”

Without that kind of support, Riordan worries about the clinic’s long-term viability. “I can’t remain independent as long as the entire thing depends on my raising money each year,” she tells Strempek Shea with a characteristic lack of sentiment. “I can’t continue to do this when I’m six feet under.”•

Suzanne Strempek Shea will read from and sign copies of This is Paradise at South Hadley’s Odyssey Bookshop on Thursday, May 1, at 7 p.m. On Friday, May 2, at 7 p.m., she’ll read and sign at a fundraiser for The Akaa Project (theakaaproject.org), a nonprofit based in Wayland that aids villagers in Ghana. That event will take place at the Palmer Historical and Cultural Center at 2072 Main St. in Three Rivers.