Between the Lines: A New Day for Chicopee? 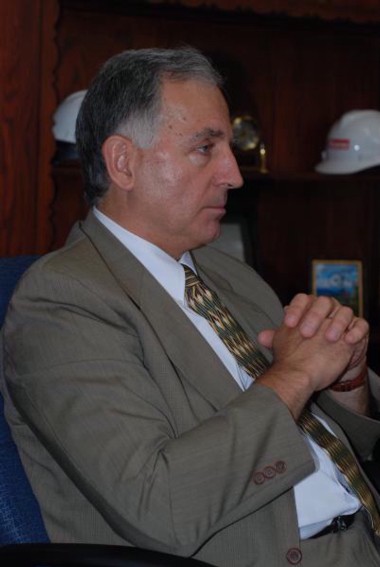 Thankfully, Chicopee—the second most populated city in Western Mass.—is one of the easiest places in the Valley to find parking. Sure enough, I found several open spaces across from City Hall. And no meters! I walked into the mayor’s office right on time.

It was a good thing to be punctual, I thought, given the reputation of Mayor Richard Kos. Though this is his second stint as Chicopee’s mayor—he served from 1997 to 2004 the first time—I’d never met him. But I’d heard that he was a fairly buttoned-up guy, a partner at Egan, Flanagan and Cohen and a former city solicitor with a lot of experience in municipal law.

I’d followed Kos’ return to electoral politics with interest. For many years, I’d heard residents and business owners in Chicopee complain that City Hall was awash with petty corruption, serving the interests of only a small group of insiders and alienating everyone else. People joked that Chicopee had become “Little Chicago” due to its brand of bare-knuckle, back-room politics. I’d heard that mayors in Chicopee routinely found themselves in protracted fights with the City Council—particularly mayors who dared challenge the status quo. And I’d heard that, although Kos had often battled with the City Council during his first stint as mayor, this time was already turning out to be different. This time, the majority of city councilors supported him and were eager to join him in his effort to rebuild Chicopee’s image.

While I waited for him in the anteroom outside his office, I studied some of the framed photos hanging on the wall: Kos with the late Ted Kennedy; Kos with Mitt Romney; Kos with Rudy Guliani. Maybe a decade or so younger in the photos than he is today, Kos looked identical in each of them—tan and fit, perfect posture, piercing eyes and a smile that gave nothing away.

When Kos stepped out of his office to greet me, he looked like a million bucks in his suit, starched white shirt and tie. At 61, he appeared fitter than many men half his age.

After exchanging pleasantries, we took seats in his office. For the next two hours, I pressed Kos to tell me about the political culture in Chicopee. Repeatedly, I set him up to disparage his predecessor, Michael Bissonnette. Repeatedly, I set him up to decry other elected officials, including state Attorney General Martha Coakley, who’d been more than happy to support Bissonnette when he was mayor—and may be supporting him still.

And for the next two hours, Kos frustrated my every attempt to get him to forcefully criticize Bissonnette or anyone else. More than once, he simply interrupted my question and redirected the conversation.

“What I really want people to get from this [article] is that they have to get involved,” he told me. “Like I say to people all the time: ‘Hey, if you don’t get involved, who will?’”

While Kos said he wanted to stay focused on the future, I had no sense that he was trying to avoid an examination of Chicopee’s recent past, whether the troubled tenures of its previous two mayors—prior to Bissonnette’s eight-year run, Richard Goyette served from 2004 to 2006, before being arrested and convicted on bribery charges—or the last six months with Kos at the helm. Surely, there is no political reason for Kos to steer me away from past controversy. In fact, Kos began his term in January by publicly blasting Bissonnette for allegedly scrubbing the computers in the mayor’s office and trashing paper documents, calling on Coakley’s office to investigate. More recently, Kos appointed a new police chief, selecting a cop that Bissonnette had passed over, and easily persuaded the City Council to reject a Bissonnette-era proposal to give city department heads a raise. The council supported Kos on the pay issue 12-1, a margin no Chicopee mayor has enjoyed in decades.

Kos said he’d come back to electoral politics reluctantly, only after “several people I respect a lot asked me to run again.” He said he’d decided to come back because “I thought the city could do a lot better.” Better than what, Kos didn’t say. He didn’t have to. Better than Mike Bissonnette.

In many ways, Kos’ comeback echoes the comeback of Springfield’s former Mayor Charlie Ryan, who first served in the 1960s and then, after a distinguished legal career, became mayor again in 2004. Just as many in his city hoped Ryan would restore integrity to an office sullied by his predecessor, Mike Albano, many in Chicopee hope that Kos can clean up after the other Mayor Mike.

For City Council President George Moreau, who’s served on the council for 30 years, Kos’ return is “a breath of fresh air.” Moreau said that Bissonnette had been uninterested in working with the City Council, but that Kos “is very good at keeping me informed. This is the first mayor I’ve had this much personal contact with.”

Moreau decried Bissonnette’s alleged records purge in January. “I was appalled,” he told me. “No mayor in the history of Chicopee has done something like that. In my opinion, it was purposeful, to make it hard on the new mayor.”

When I reached Mike Bissonnette, he seemed eager to talk. He said the apparent honeymoon Kos was enjoying was based mainly on the new mayor’s unwillingness to take “on any issues that would cause a parting of the ways.”

In an hour-long interview, Bissonnette presented himself as a progressive Democrat in a conservative city. (Kos is a Republican.) He said his conflicts with the City Council were rarely about substantive issues: “They just didn’t like me. It was personal. This is the first summer I’ve felt relaxed in a long time. These guys [on the City Council] were constantly after me.”

Bissonnette said he felt that some of his actions had been grossly misunderstood, even by agencies outside the city. He pointed to his opposition to the appointment of William Jebb as Chicopee’s new police chief. As mayor, he’d passed over Jebb, a deputy chief, in favor of Thomas Charette, a captain, based in part on his belief that Jebb had released Bissonnette’s criminal record during the 2005 campaign. The record included details of an incident at a Christmas party in 1988, Bissonnette told me.

“I was drunk and wanted to leave, but I couldn’t drive, so a police officer put me in protective custody. Earlier in the night, somebody gave me a packet of coke as a Christmas gift. I thanked them, put the packet in my pocket and forgot about it.” Police found the cocaine when they put him into protective custody, he said.

In March, the state Civil Service Commission vacated Charette’s appointment, saying the selection was “tainted by personal and political bias” by Bissonnette and paving the way for Jebb’s appointment by Kos earlier this month. Bissonnette said he feels the commission missed the point: “A police officer with access to criminal records who releases information to smear a political opponent? I think that should disqualify him to be chief.”

I asked Bissonnette if he knew anything about the AG’s investigation of Kos’ allegations about public records violations. While he vehemently denied Kos’ accusations, he confirmed that the investigation was ongoing: “I know they’ve done a lot of asking questions,” he said, adding “I don’t thinks it’s a huge priority for them.” (Emily Gainey in the AG’s press office would neither confirm nor deny that there is an ongoing investigation.)

Compared to Kos, Bissonnette was easy to interrogate. He made little effort to steer the conversation, even though I mostly asked about his controversies, his perceived shortcomings. As he had on his Facebook page while he was mayor, he seemed more concerned about being cute and clever than careful.

Kos’ sense of discipline distinguishes him from his predecessor. In the end, the new mayor may not be as entertaining as the last one, but in a city that needs a leader, Kos will surely have the last laugh.•