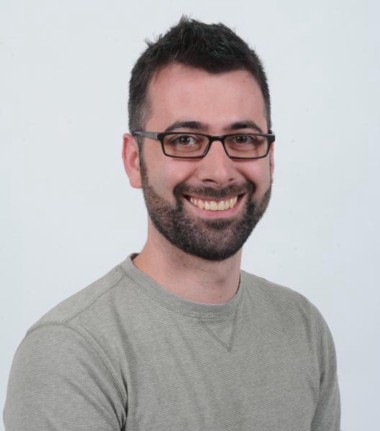 Throw down your coasters and pull up your stools — there’s a new beer column in town.

You’ll be seeing the Beerhunter every month in the Advocate. But who, exactly, is this wanderer of the night?

Well, I could pretend to be a jaded, salt-of-the-earth connoisseur, with decades of experience taste-testing new brews. But you’d see through that pretty quickly. So let’s come clean before we hit the bars: I am still a disciple, now in my ninth year of legal imbibing. It wasn’t too long ago that you could catch me at a college party draining a can of Keystone Light.

But I love good beer. I grew up in the Valley, in this mini-mecca of microbrewing, among a family of hopheads. And I’ve followed friends old and new on their ongoing quests to bottle something great.

So, the Beerhunter seeks out not just flavor and taste, but culture and place.

Let’s kick this column off with a spot that will satisfy craft beer enthusiasts and pumped-up party kids alike: the weekly open house run by Paper City Brewery in Holyoke.

On Thursday and Friday nights visitors to the brewery, which is located on Cabot Street in an old mill building, get to sample as much Paper City beer on tap as they like, and take home a four-pack — all for $7 at the door.

Paper City opened in 1995, and they’ve been hosting open house nights since 1998. They’re not the new kids on the block anymore. But no other spot in the Valley offers such a cheap way to enjoy free-flowing beer and live entertainment — local bands rotate through on Friday nights — in such a funky, unusual setting.

Part of the adventure of a Paper City open house is just finding the place, as I soon learned during a Friday night visit earlier this month.

It’s easy to miss the small, unlit sign for the brewery. If you blow past the turn, stop along the canal and look up: you’ll see a neon bar sign floating in the darkness, flashing out the word “Open” from a fifth-floor window in a run-down mill building.

The staircase is interminable, but at least you get to enjoy some wafting beer aromas as you climb.

Upstairs, a cashier swaps your dollars for a plastic cup. The dry-erase board on the right has a list of “rookie rules,” including: “Guard Your Cup!!” and “NO CHUGGING!” Fair enough.

Inside this high-ceilinged factory loft, dimly-lit tables and a loose scattering of chairs sit among stacks of boxes, pallets, and kegs. The beer is brewed in the back. Posters, graffiti, and strange memorabilia like a giant fake mounted shark cover the walls. A row of vintage mototcycles sit parked behind the stage. All in all, it’s a cozy, hip hangout.

The bands play for beer, so it’s good to see an early crowd of about 30 customers applauding the evening’s guests: Northampton’s garage rock band Rusty Curtains. As the feedback from a high-octane song fades, lead singer Toni Maestas’s voice booms in the microphone. “Thank you! Sorry we had technical difficulties at the beginning, there. It’s because we started sober.”

By 7 p.m., the space has filled to about 60 visitors. It’s a real blend of people: mostly couples in their 30s and 40s, but a hearty sprinkling of beer-goers in their 50s and 60s as well. Add to that a lively heap of college-age kids, who have shown up mainly in groups of three or four.

Center stage is Holyoke Dam Ale, the brewery’s first ale. They nailed the recipe for this one back in 1996, and it has remained a reliable favorite: medium-bodied, smooth, and straightforward.

They’re also pouring a lot of the Oktoberfest, and for good reason: this batch turns out to be a hopped-up version of their Summit House Oktoberfest, and it hits a nice balance between crisp and smooth. Several overheard conversations sing praises to this one, including a few self-professed IPA haters who nonetheless find the Oktoberfest more tasty and three-dimensional than the Dam Ale.

Those two brews are so drinkable that Paper City gets a pass on some of their newer, less successful offerings. The Belgian they’re working on, called the Ambel, is on the right track, but the current batch is at a near-syrupy level of overly-sweet. Staff report that the batch is almost depleted, at which point they may retool this recipe a bit.

The in-house draught pilsner — tinged with a slightly sour aftertaste on the night I visited — also left something to be desired.

But the stouts certainly carry their weight. Riley’s Stout is rich, smoky, and consistently satisfying. They haven’t yet bottled the None of Your Business Stout, but let’s hope they do — it’s a sweeter, creamier, stronger take on the Riley’s, and it impresses.

And the homemade root beer? Delicious.

The selection at open house evolves every week. Paper City will play around with new ideas in small batches and let the guests’ feedback guide their thinking.

Paper City is in limited distribution in Western Massachusetts. The most reliable carriers, I’ve found, are Table & Vine in West Springfield and TrÜbeer in Easthampton.•

The Beerhunter appears monthly. Hunter Styles can be reached at hstyles@valleyadvocate.com