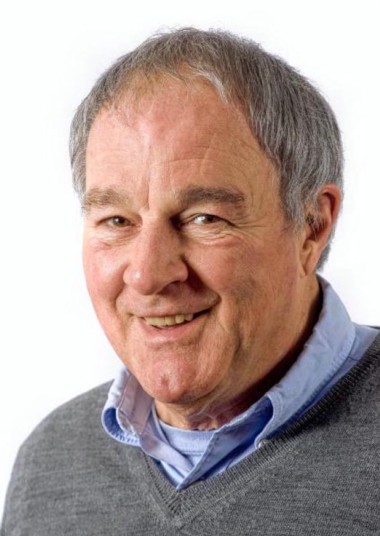 Before classes began my freshman year of college, an older friend took me out one night to celebrate, and we bought a couple of bottles each of some really cheap “champagne” from California.

At the time, California’s sparkling wines, even though most were called champagne, were a far cry from the high-quality wine coming out of the Champagne region in France or even New York State. What we bought that night was pretty close to being the lowest of the low — not quite the worst sparkling wine on the market, but they shared the same shelf.

We weren’t great drinkers. In fact, I wasn’t a drinker at all. However, that night, we loved the sparkling wine as only college freshmen would. Drank it all down. Threw it all up.

It was more than a decade later before I could face another glass of sparkling wine. I waved it off at the parade of friends’ weddings that dotted my life in my 20s and into my early 30s. I passed it up during New Year’s Eve celebrations, opting for a Scotch and soda instead. Just the mere thought of sparkling wine turned my stomach.

After extensive counseling from drinking companions, soul searching and a little education, I’m now a fan of sparkling wines, even some from California. I really like cava from Spain and Prosecco from Italy. They are complex, well-crafted, and inexpensive. I’m looking forward to enjoying both of them during next week’s celebration.

Generally, the brut, or dry, versions of both wines are refreshing and make a great accompaniment to holiday fare, just to drink with appetizers, and as a salute to the holidays. Two of my favorites are Mionetto Prosecco Brut, which is usually on sale in the $10 range, and Jaume Serra Cristalino, which I often find in the $7 range. They are widely available in the Valley and easy to find at most wine shops, although the price may vary in some instances.

Both are very dry and crisp. Mionetto’s Prosecco has slight fruit and floral flavors with a hint of sweetness that comes through at the end, while Cristalino has mineral flavors and is a little cleaner, a taste I slightly prefer, at least for the first glass.

The difference is in the grapes and the winemakers’ techniques, but I guess you can say that about all wines.

Mionetto has been producing fine wines for more than 125 years in the province of Treviso in northeast Italy’s designated Prosecco region. The wine is 100 percent Prosecco, now called glera, grapes that are known for green apple, citrus, and white flower flavors. Winemaker Alessio del Savio uses the Charmat method, allowing the grapes and the yeast to ferment naturally in stainless steel tanks which also are used for the secondary fermentation that produces the bubbles. After about 60 days, the sparkling wine is bottled. The method preserves the flavors and aromas of the grape, the winemaker says.

Jaume Serra Guell started his winery in 1947 in a coastal Mediterranean town in the Penedes region, the largest wine growing area in Catalonia, Spain. The winery, long noted for the quality of its products, underwent extensive renovations and modernization after the J. Garcia Carrion family bought it in 1997.

The winery uses the traditional method of fermentation. The wine is aged for 12 to 18 months on the lees, the sediment of dead yeasts and grape parts that accumulate at the bottom of the aging tank. Secondary fermentation takes place in the bottle. Using this method is costly, but the results are worth it, winemakers say. Credit the strong dollar for the great price on this wine.

The Carrion family ran into a spot of trouble a few years ago with its U.S. distribution. When I first started buying the wine, it was called Cristalino. The simple, succinct name caught the attention of the Louis Roederer company, the producers of Cristal, an expensive Champagne. The French firm sued the Spanish company in the U.S. District Court of Minnesota, claiming American customers would likely be confused and have a hard time distinguishing the $7 Cristalino from the $250-a-bottle Cristal. I know that I was constantly picking up a bottle of the $250 Cristal by mistake and enjoying it less than the Cristalino.

The judge ruled in the Roederers’ favor, and required the name change in 2010.

The ruling also resulted in the Carrions having to declare on the bottom of the labels of its U.S. distributed cava that: “Jaume Serra Cristalino is not affiliated with, sponsored by, approved by, endorsed by, or in any way connected to Louis Roederer’s Cristal champagne or Louis Roederer.”

Cristalino and Mionetto Prosecco are both recommended to serve with cheeses, cured hams, seafood, fried food, and Asian dishes.

These are two very good wines at exceptional prices and excellent for New Year’s Eve.•