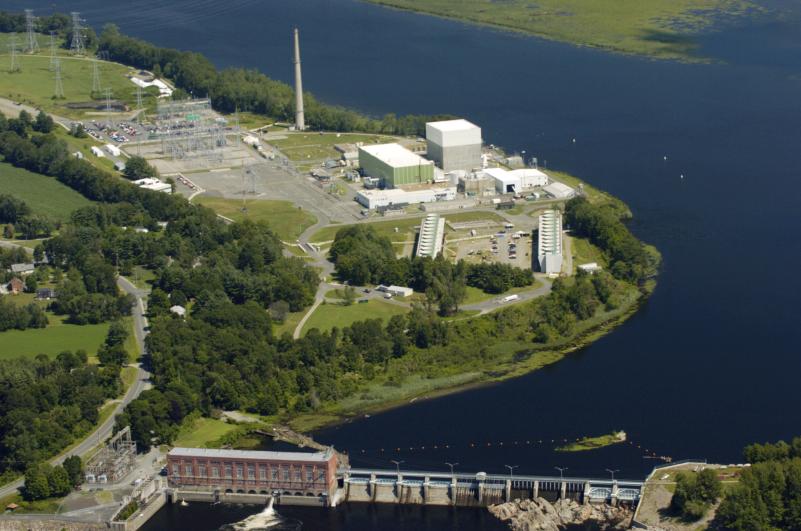 After 60-plus years pumping out energy and radioactive waste, the Vermont Yankee nuclear power plant is in the process of decommissioning.

Protesters have been advocating for the plant’s shutdown since before it opened in the ‘70s, citing the environmental threat posed by reactors and their waste. But it wasn’t their efforts that toppled Vermont Yankee; it was more that parent company Entergy was low on cash. In 2013, Entergy made the decision to close Vermont Yankee as well as another plant to balance the corporation’s books.

I, for one, am glad Vermont Yankee has ceased operations. Here are my top five reasons why:

In 2007, testing found high levels of radioactive tritium on the plant’s property. The nuclear waste had leaked into the earth via underground steam pipes. The leaked waste was a surprise to government officials; Entergy representatives had testified, under oath, that the pipes didn’t exist. The radioactive toxing had leached its way out of the corroded pipes and into the Connecticut River. Shortly thereafter, small-mouth bass nine miles upstream were found to be contaminated.

2. Hundreds of Thousands of Years of Radioactive Waste

The best argument against Vermont Yankee applies to all facilities — and is roundly avoided by nuclear apologists: They create tons upon tons of toxic waste with nowhere to permanently store it for the next hundred centuries or so, according to industry and federal experts. Individual plants store high-level waste on site and receive about $2 billion a year from the government to do so. There were plans to bury the waste in a culturally important Indian burial ground, Yucca Mountain in Nevada. But in 2010, President Obama created a “blue ribbon” committee to find another suitable location. The government has been searching for a state to host the nation’s toxic sludge since at least 1983. Radioactive waste is well-contained and nuclear plants have many safeguards, but should a leak or some other catastrophe occur, it’s the taxpayer who will pick up most of the tab.

The Price-Anderson Act of the 1950s requires corporations with nuclear reactors to pay into an emergency fund and carry insurance. There’s about $24 billion available through the act right now. Sounds like a lot, but it’ll cost $700 million to clean up Yankee’s comparably minor tritium leak into the Connecticut River. Exposure to nuclear waste alters DNA, crushes the immune system, and things just get worse from there. Not enough study has been done to determine the short and long-term effects of eating produce and meat tainted by radioactive waste.

In 2007, one of Vermont Yankee’s main cooling towers partially collapsed, forcing Entergy to reduce power production by half while the neglected structure was fixed.

This company has a long list of alleged misdeeds it is fighting in court. In the last four years, the company has been sued for violating affirmative action laws, stealing overtime wages, price gouging and a reportedly lame response to the predictable destruction caused by Hurricane Isaac in Louisiana.

In an op-ed for Forbes magazine, “Closing Vermont Nuclear Bad for Everyone,” nuclear apologist-in-chief James Conca draws a connection between Vermont Yankee’s end and the region’s attempts to block the Tennessee Gas Pipeline with the 37 percent electricity rate hike National Grid consumers are now facing. WEMCO customers, your rate increase is on the way. Conca closes his eyes to the toxic underground cache being added to daily by reactors and mocks the intelligence of Vermonters for trying to force a clean energy future by halting the production of caustic byproducts. Sure, the closing of Vermont Yankee will lead to higher energy costs. But a nuclear waste-free environment is worth it.

We can do better than nuclear energy — or relying so heavily on oil, coal and natural gas for that matter — but we need to invest in the research that will produce the kind of breakthrough that can provide clean energy independence for the U.S. In a recent blog post, Microsoft founder Bill Gates called for the nation to facilitate its own “energy miracles,” noting that 60 percent of the federal government’s research and development money is spent is on defense. About 25 percent is spent on health. Energy spending is around 2 percent, he says. Military spending is important, but our defense budget dwarfs that of Russia and China combined. Our hammer is big enough. We can shave off a bit of the defense fund to research energy sources that could separate our energy interest and weapons from the Middle East.

People’s desire to close Vermont Yankee before a suitable energy alternative is a message to the U.S. government and energy chiefs worldwide: People want power that won’t kill them and they’re willing to sacrifice to get it.•