The Beerhunter: Save a Keg. Tap a Cask: Cask beers make a slow, sweet comeback 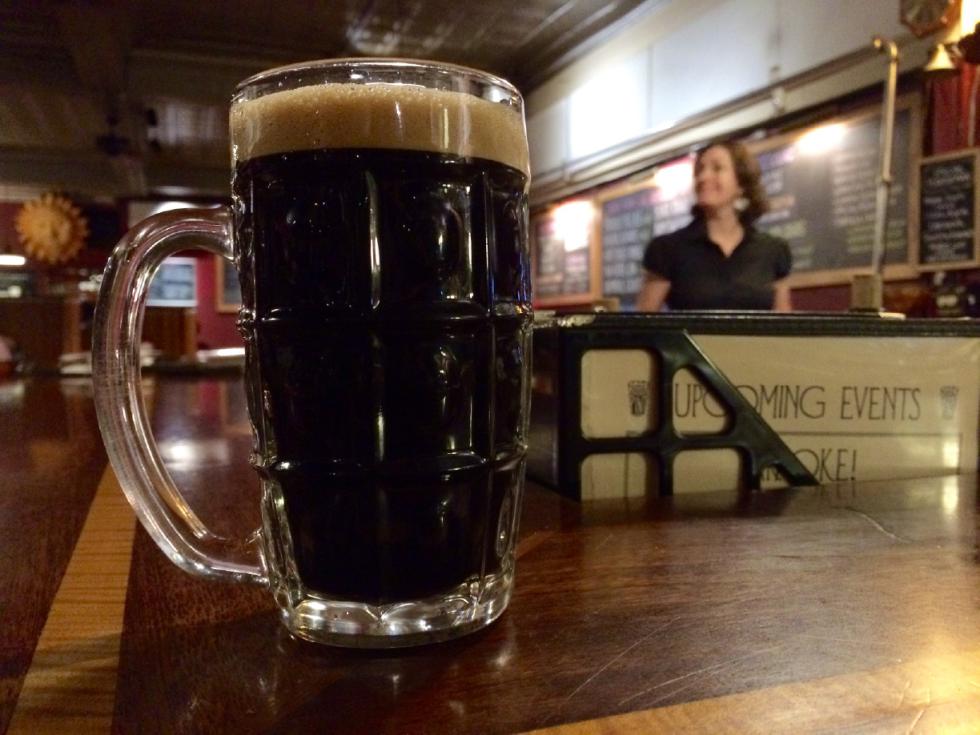 Nothing screams American mass-market beer like that big silver “Coors” bullet train. TV spots show it rocketing through a winter blizzard, smashing huge glaciers into ice rubble before steaming into town like the Polar Express for the college set. Ahh, refreshing!

Should beer really go down like a blast of the Arctic? Maybe if you don’t want to taste it. But nearly all American beers served on draft hit your pint glass at between 35 and 38 degrees Fahrenheit. How much flavor are we losing from the low temperature of our brews?

A lot, if you ask the British-founded Campaign for Real Ale (CAMRA). They’ve spent the past 40 years advocating for, among other things, a narrower definition of beer. It will sound harsh to us Yanke. Ready? If it comes out of a keg, it’s not real beer.

These are cask beer people. Brew your beer in a cask, or don’t bother showing up at a CAMRA festival. Snooty? Maybe. But like cheese snobs or wine connoisseurs, cask beer people are on a mission we can all relate to: the quest for delicious, surprising flavors.

I went on a ramble to sniff out some cask beers at Valley bars. Turns out there are quite a few local varieties that might be worth a slight detour from your regular draft picks.

Cask beers all share some basic qualities. They’re typically pulled, unpasteurized, from a larger batch and left to hang out for a while in a non-metal container (usually a wooden barrel) with an added dose of sugar and yeast. Carbonation happens softly and naturally — cask beer isn’t fizzy by any means. Then, the unfiltered product is served at “cellar temperature,” which is between 50 and 55 degrees.

“It allows you to taste the complexity of the beer,” brewer Chris Sellers told me. He’s just made a breakfast stout on cask for the People’s Pint in Greenfield. It’s a near-black brew, really creamy with a thick toasted-brown head.

I give it a sip. It’s super yummy, with a big, well-balanced chocolatey sweetness backed by a strong coffee zing.

This stout would need to be pressurized in order to be drawn from a keg. Cask beers get a more gentle treatment, hand-pumped up from the cellar via a piston at the bar, or sometimes gravity-fed from the spout of a barrel that rests on the bar itself.

The People’s Pint almost always has at least one cask on. Sometimes, said Sellers, it’s fun to throw some additional ingredients into the cask while it goes through that second yeasty fermentation.

Most recently, Sellers concocted a mix of cider, ginger, honey, and barley for a Thanksgiving beer. Sometimes he puts whole-leaf hops or oak chips in the cask.

“Some people aren’t interested in that complexity,” he admitted. “But it’s such an interesting way to taste beer.”

Seymour in Greenfield sometimes serves cask, as do Sierra Grille, the Foundry, and The Dirty Truth in Northampton, among others.

I swing into McLadden’s in Northampton, where they have a cask of BBC Drayman’s Porter. “We change up the cask pretty often,” said general manager Steven Campbell. Next on rotation will be Smoke & Dagger, a dark lager brewed by Jack’s Abby in Framingham.

I try the porter. It’s not as thick and creamy as that breakfast stout, but all the little unfiltered details shine through. It’s cloudy, just a touch smoky, with a nice sweet, nutty bite. It has a great, slightly roasted smell.

McLadden’s has ordered casks from Troegs (Pennsylvania), Heavy Seas (Maryland), and Abita (Louisiana). Smuttynose in New Hampshire will send casks to bars on request, as will West Coast breweries like Stone, Green Flash, and Bear Republic. But since casks don’t last as long as kegs, they’ll get dumped if they don’t sell quickly.

Cask beer, I realize, gets the most TLC at bars and restaurants that are also breweries. Matthew Steinberg, the brewer for High Horse in Amherst, has made cask beer a central part of that bar’s business model.

“I would say that 90 percent of our regular customers didn’t know what cask beer was until we offered it,” he said. “Now we tap a cask every Friday.”

Their sister bar, the Moan and Dove in Amherst, tapped one of Steinberg’s casks of Satisfaction IPA on Wednesday. I had tried this one at High Horse, but made a special trip to Amherst to sample the cask version.

I’m a shameless hop-head and have always loved this sharp, bitter, grapefruit-y High Horse beer. Served from a cask, it was just a bit warmer and maltier, like a jumpy housecat that has finally learned to curl up and relax.

“The consumer can’t usually taste what brewers taste fresh out of the fermenter,” Steinberg said. “Cask beer is sort of the second best thing to that. Like a missing link.”

Yes, Steinberg has thrown some crazy ingredients into casks now and then — chilis, herbs, candy, sweet bread, liquid smoke, and even peanut butter — but not every beer stands up well to the cask treatment. Hop-forward beers like this IPA and English-style beers like porters work nicely, but a beer in need of high carbonation, like a saison, can be tricky.

But for the small portion of breweries that make cask beer regularly, it seems to be worth the effort. Just ask Steinberg. “I think there’s huge growth potential for it,” he said. “This is the way to taste a beer again for the first time.”•

“The Beerhunter” appears monthly. Hunter Styles can be reached at hstyles@valleyadvocate.com