Yoga or herbs? Why not both 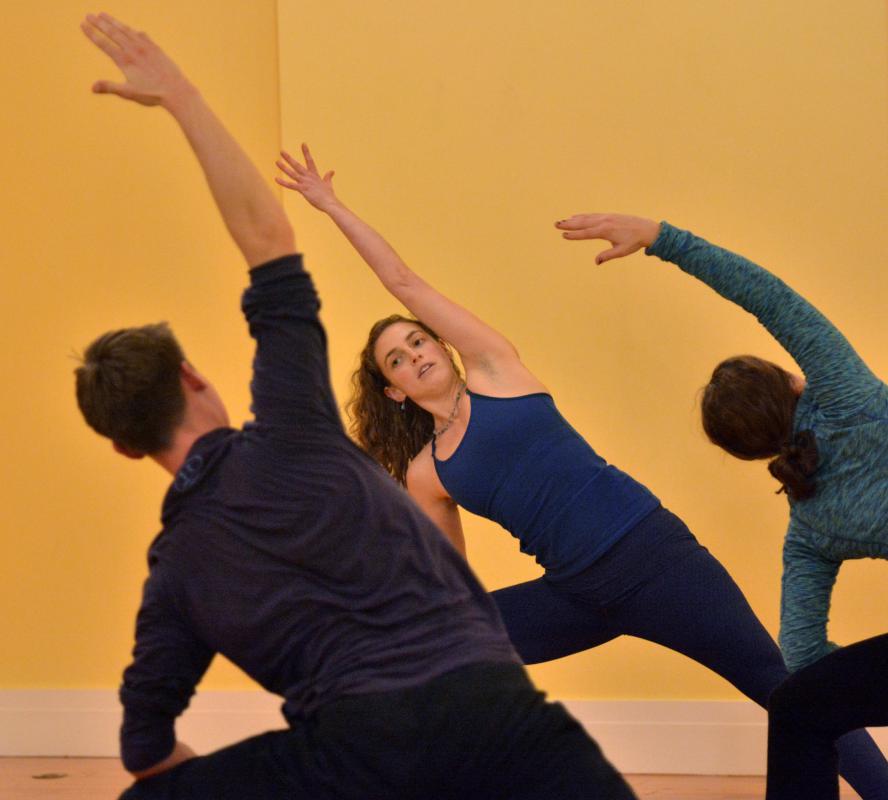 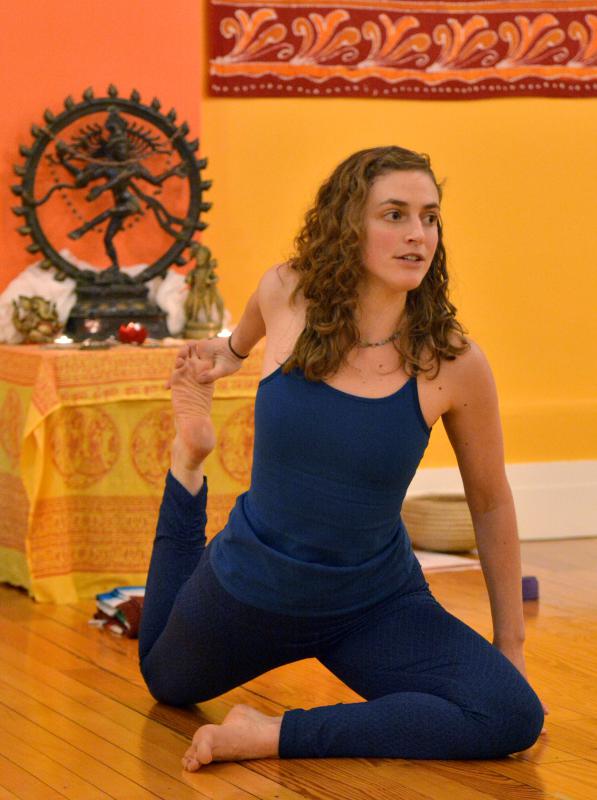 Last year, yoga and wellness teacher Molly Kitchen was in such high demand that she was teaching 18 classes a week — a difficult feat for someone who demonstrates demanding poses throughout her classes.

Massachusetts ranks in the top five states in the number of fitness instructors per resident, making it tough to stand out in a crowded market. But Kitchen has found a way to stand out, using yoga as a jumping off point for a career that involves her other areas of expertise in the field of natural health.

Though Kitchen, 32, of Greenfield, was making a decent living teaching 18 classes, she found herself exhausted, always running from one class to the next with too little time to prepare. In order to better balance her time, she decided to teach fewer classes and incorporate herbalism — fashioning herbs into medicinal remedies — into her business model. Her hope was to save energy and increase her income at the same time.

With Kitchen, yoga and herbalism are intertwined. In addition to teaching at Yoga Sanctuary in Northampton, Community Yoga in Greenfield and Hampshire College in Amherst, Kitchen now offers private wellness consultations and sells herbal products Kitchen handmade in a kitchen she says is certified for food safety.

In her wellness consultations, Kitchen often suggests that clients drink certain teas, hold a certain yoga pose, get more sleep, breathe more, and turn off the screen. The changes may seem small, but oftentimes, she says, it takes outside motivation backed by education to put them into action.

Much of Kitchen’s training has been based on Ayurveda, an ancient, alternative medicine system closely connected with yoga. She is not a certified Ayurveda practitioner, she said, but her background includes spending about five years farming — first in Hawaii and then at Goldthread Farm in Conway. Also at Goldthread, she trained in the apothecary under William Siff, learning how to make herbal medicines and topical treatments.

Kitchen’s yoga teaching is so dependable — she has a loyal group of students who regularly fill her classes — that it enables her to take some entrepreneurial chances in her off-time. For some of these classes, Kitchen says, she gets paid per-student.

As we sit sock-footed on the wood floor of Yoga Sanctuary’s “small studio” — atop yoga blankets and pillows, of course — Kitchen sips a tea of her own making. Her blend includes schisandra berries, rose petals, dong quai, ginger and nettles. She says the blend is rich with adaptogens, natural substances that aid in the body’s ability to respond to stress. She recommends drinking a quart of herbal tea a day.

Kitchen says that during consultations with clients, she listens closely as they talk about their health issues. She then provides an herbal tea blend tailored to their needs, suggests lifestyle changes, and provides a personalized video of her demonstrating yoga poses intended to address the clients’ needs.

Kitchen says often in western medicine, symptoms are treated one at a time, whereas in Ayurveda there’s no such thing as a single symptom. All the body’s internal systems are connected so when there is a problem in one area, the whole body is considered. “Everything is systemic,” Kitchen says. “You can’t just treat something with a pill. It has to be a whole body change.”

Clearly, she takes pride in making her herbal products high-quality. Outside of the consultations, her products are available for sale in-person and on most of them are on her website, mollykitchen.com. Because some of them — like the yummy “lavender-rosemary stress relief cordial” — are made with alcohol, she is not legally permitted to sell them on her website but makes them available in person.

She charges clients on a sliding scale, with a standard price that begins at $108 per consultation and drops from there according to a person’s ability to pay. The number 108, she says, is a “magic number” in Sanskrit. It is said to be a sacred word meaning great joy. Her products range in price from $10 — the cost of her “fire elixir immunity booster” — to $20. Her two most prized products, she says are the “aloe and rose skin elixir” and the “sore muscle rub.” They fall at the more expensive end of the spectrum.

Kitchen says her marketing plan relies on word of mouth, social media and her mother, “who cannot be underestimated.” Kitchen says one of her best-selling products, the aloe and rose skin elixir, was designed with her mother’s sensitive skin in mind. Once plagued with dry and blotchy skin, her mother, Kitchen says, now swears by the product — made with rose, aloe, coconut, and jojoba oils.

Kitchen says she is still learning how to be an entrepreneur and that her business model, while well on the way, is still emerging. At this point, she says, a large part of her income comes from teaching yoga — she now teaches 11 classes a week between the three venues. Since coming out with her spiffy, new “Molly Kitchen” branding this fall, her sales, she says, are on the rise.

“Things are really happening — my name is getting out there,” she says.

Kitchen says mass production of her products is not part of her plan. Growing and working with herbs is something she enjoys and knows well. These are skills she wants to share with the community; she says she hopes to show people how to make their own remedies. She says she gives recipes for her products away, that it’s part of her larger goal to educate people — empowerment, she says, is something she’s passionate about.

“Yeah you can buy [the products] from me, but also I want to be a resource to the community, and hopefully make a living along the way,” she says. “As much as I can without going broke I want to give it away.”

Elena Betke-Brunswick, 30, of Florence, has regularly attended Kitchen’s yoga classes and been seeing her for wellness consultations since September. Betke-Brunswick says she started seeing Kitchen to improve her digestion, reduce stress and improve overall health. She says she’s been pleased with the results.

“I’m learning how to take better care of myself,” says Betke-Brunswick. “She’s been so available — she’s a really great listener and a great problem solver. I’ve had a couple of months of feeling amazing.”

After college, Kitchen says, she focused her attention on farming. After doing that for several years, she says she realized she wanted something more. She wanted to be more directly helping people. She switched gears and “dug her heels in” to see if she could sustain herself as a yoga teacher.

Kitchen says she plans to continue doing what she does — teaching, making medicine and serving as a resource for the community. Keeping things small, local and personal, she says, is important to her.

“Be as local and sustainable as possible — they really aren’t just buzzwords for me,” she says. “The more we can do for ourselves, the better.”•