The Other Good Life: Pioneering back-to-the-landers Helen and Scott Nearing lived in the shadow of Stratton Mountain before it was a ski resort 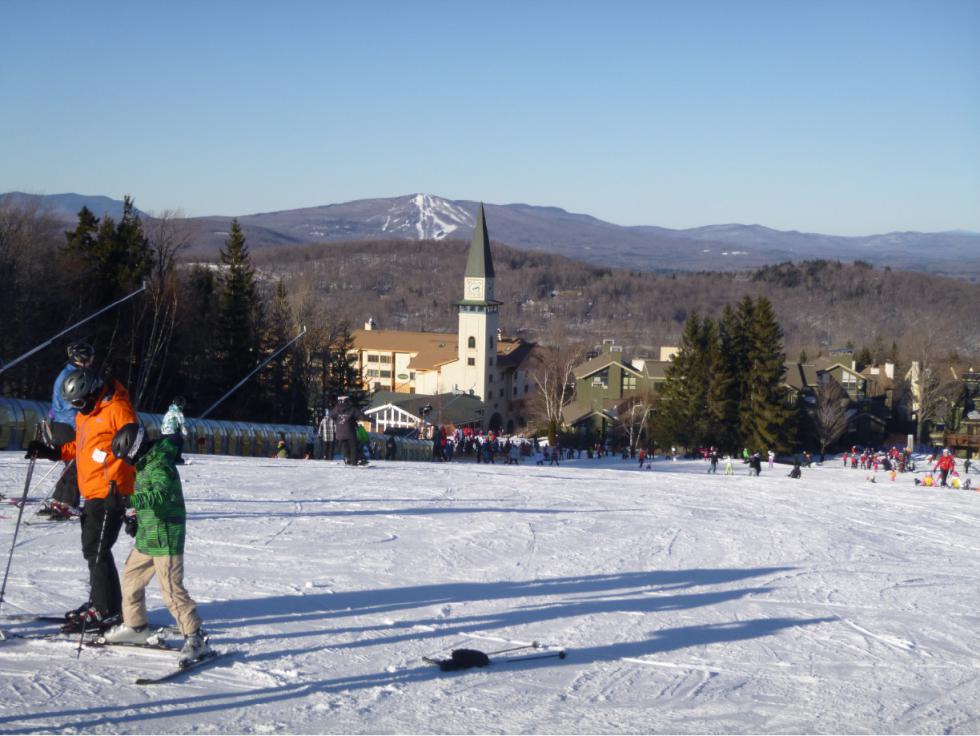 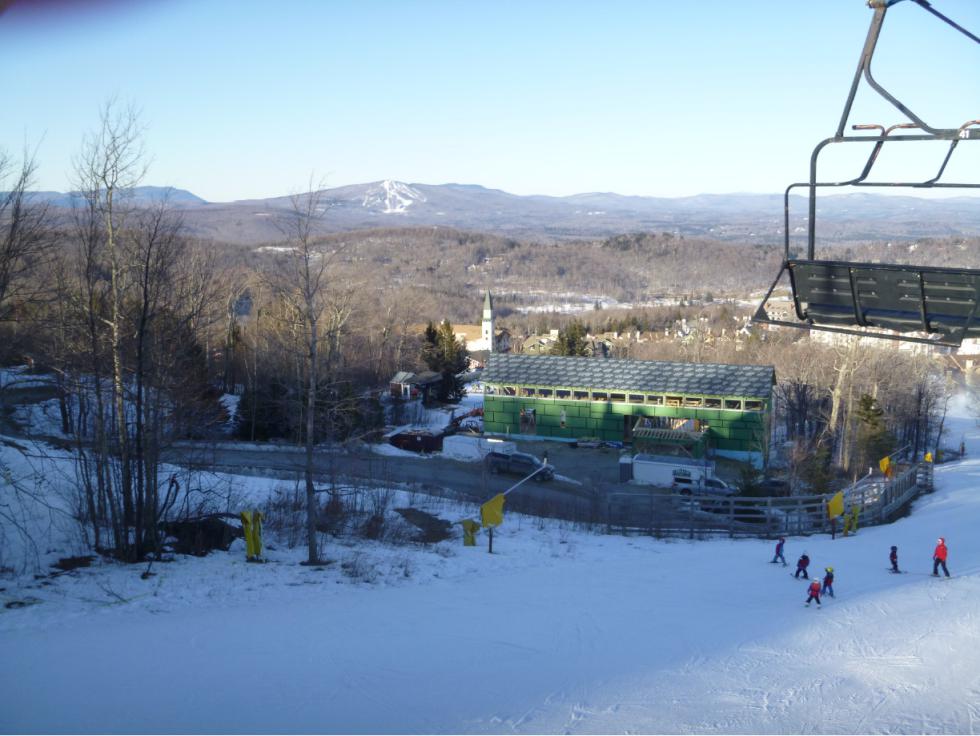 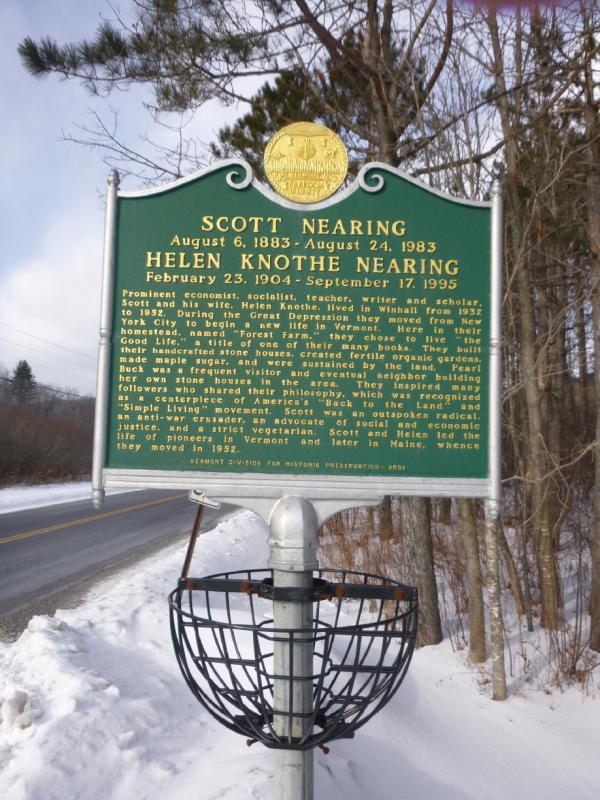 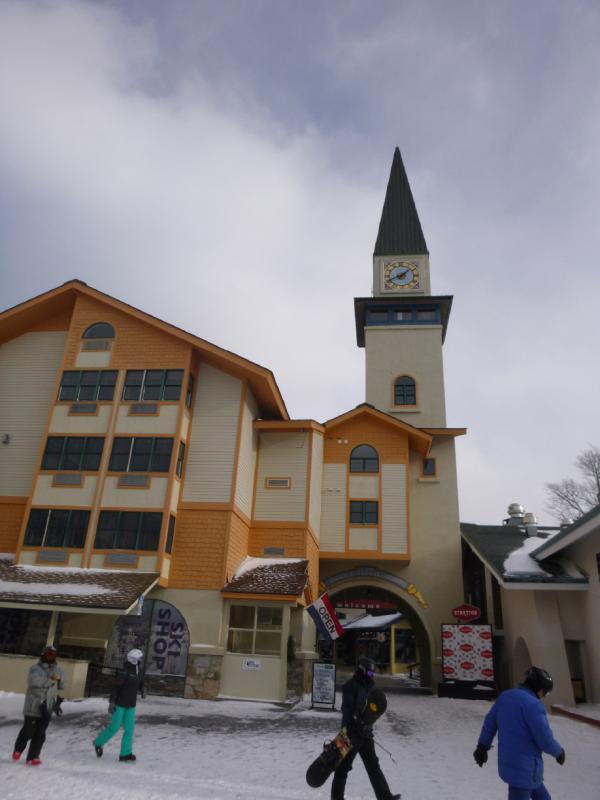 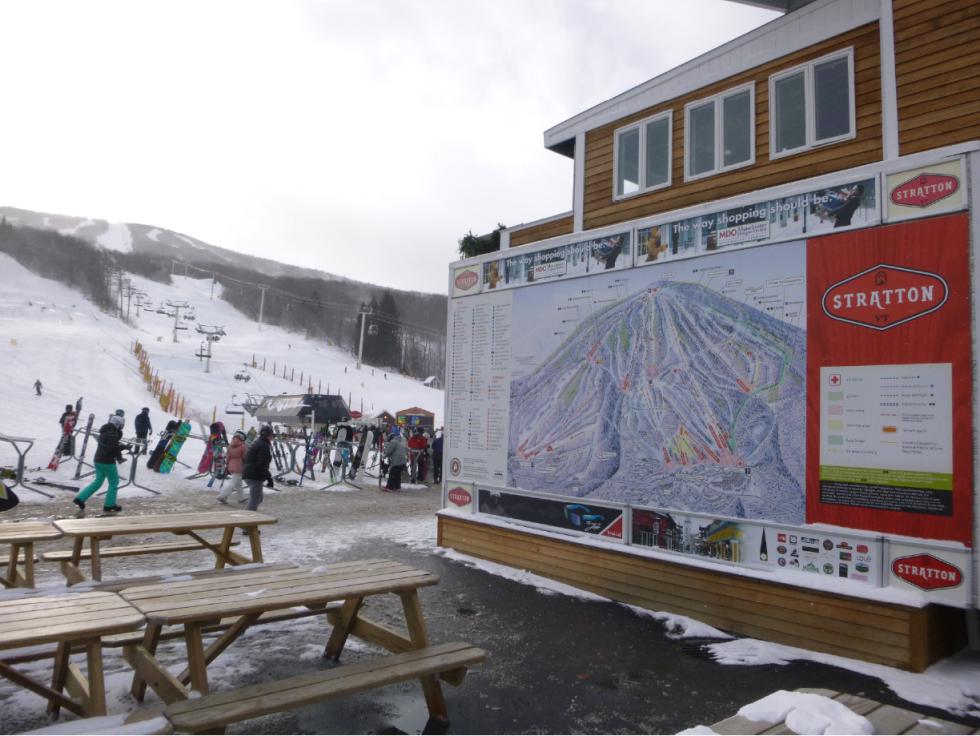 Stratton Mountain sits some 45 minutes north of Brattleboro. The drive up state Route 30 encapsulates much of what visitors and residents alike love about the Green Mountain state. The single lane road follows the meandering West River alongside the Green Mountain National Forest, through picturesque villages Newfane and Jamaica, straight into the heart of southern Vermont.

Downhill skiing has been a permanent fixture here for over half a century, and the region enjoys more than its fair share of popular resorts. Bromley, Mount Snow, Magic Mountain, and Stratton are all under an hour’s drive from Brattleboro, and the snowy slopes of each area are visible from the summits of the others.

Stratton’s access road leaves Route 30 and climbs quickly, treating its travelers to more impressive mountain views and a handful of ambitious out-of-state drivers anxious to arrive at the slopes. After negotiating the heavy foot traffic by the base village and the overflowing parking lot farther down the road, I make my way to the Tamarack lift, which is not moving.

I’m not surprised. Tamarack is the ski area’s oldest lift, one of the few that has not been replaced by a high-speed, detachable six-person chair. And it serves mostly beginning skiers looking for easier terrain. Those two factors often cause a greater number of delays.

After a moment or two the lift clangs back to life. I take my seat, and am propelled — slowly — up the mountain.

A few minutes later, the chair comes to a halt once more, leaving me suspended over Tamarack Heights, a cluster of multi-million dollar private homes accessed by a private road that was tunneled under the ski trail just a few years ago. The Heights is among the most recent developments at a resort that cut its first trail 50 years ago, when back-to-the-landers Helen and Scott Nearing were writing about the subsistence lifestyle they enjoyed.

Catering to a high-priced crowd that has affectionately dubbed it “the upper north side,” Stratton Mountain is well known for its European-style ski village, an abundance of second homes, extensively groomed terrain, and high-speed lifts. So it is surprising to hear that the Nearings lived their version of “the good life” right here, in the shadow of Stratton Mountain.

Two miles farther down the access road, past the Stratton Mountain Academy (a boarding school for potential olympic skiers), and next to the Stratton Mountain Golf School (separate from the resort’s 27-hole golf course), a historic marker stands at the end of a long dirt road. It reads, “Prominent economist, socialist, teacher, writer and scholar, Scott [Nearing] and his wife, Helen Knothe [Nearing], lived in Winhall from 1932 to 1952 … Here in their homestead, named “Forest Farm,” they chose to live ‘the Good Life,’ a title of one of their many books. They built their handcrafted stone houses, created fertile organic gardens, made maple sugar, and were sustained by the land … They inspired many followers who shared their philosophy, which was recognized as a centerpiece of America’s ‘Back to the Land’ and ‘Simple Living’ movement.”

A sign reading “Stone Cabin Rd Pvt” marks the driveway leading to the house where the Nearings lived.

In 1932, excommunicated from polite society and academia because of their anti-war stance and socialist beliefs, the Nearings headed from New York City to the Pikes Falls Valley of southern Vermont, purchasing the land they lived on for the next 20 years.

“Our new place was a typical run-down farm, with a wooden house in poor repair, a good-sized barn with bad sills and a leaky roof, a Finnish bath house, and 65 acres of land from which the timber had been cut,” Helen and Scott Nearing write in their now-classic Living the Good Life. “The place had a plenteous spring of excellent water, a meadow, a swamp or two, and some rough land facing south and stretching perhaps a third of a mile up Pinnacle Mountain, which lay east of Stratton.”

With no electricity or paved roads, the Nearings luxuriated in their rough backwoods existence.

“Its setting and view are lovely. Nestled against a northern slope,” they write, their “place looks up at Stratton Mountain and ‘The Wilderness,’ a name applied to the 25,000 acre pulp reserves owned by paper companies. Stratton is a wild, lonely, heavily wooded 4,000 foot mountain, inhabited by 50 or 60 people.”

That all changed in the 1950s. With the success of Stowe’s ski area further north, developers began to wonder if Stratton could be transformed into a more accessible year-round resort destination.

“There is more money and far less labor in selling the big trees for lumber and then making large profits on the stripped land,” the Nearings write in The Maple Sugar Book. “Real estate values have skyrocketed in Vermont, with sugar bushes being sliced up into small building lots. (Our own beautiful sugar bush, which cost us about $25 an acre, is being sold off at $8,000 an acre to ski fanciers, who are building flimsy vacation chalets.)”

Yesterday’s outlandish sum of $8,000 an acre seems quaint by comparison with today’s ski mountain real estate market. Few developments highlight this more starkly than Tamarack Heights, where each of the twelve lots is just under an acre. Their prices range from $1,250,000 to $2,150,000. And that’s just the price of the land.

“This is a unique opportunity for families to design and build their perfect mountain home,” reads the Stratton Real Estate listing for Tamarack Heights. “This is something that comes along only once in a generation. Only a few discerning buyers will be able to create a legacy for themselves, their children, and their grandchildren.”

“Skiing has been transformed into a come-hither amenity to sell real estate,” Hal Clifford writes in Downhill Slide: Why the Corporate Ski Industry is Bad For Skiing, Ski Towns, and the Environment. “This is a fundamental shift away from the roots of the sport and its development, one that is deeply disturbing to many people.”

It was a future that the Nearings warned of over half a century ago. “If this process goes far enough,” they write in Living the Good Life, “Vermont will develop a suburban or vacationland economy, built on the dollars of those who make their income elsewhere … Such an economy may attract more cheap dollars to the state, but it will hardly produce self-reliant men.”

Forest Farms, on the Nearing’s maple syrup-supplying sugar bush hillside, is a conglomeration of mountain chalets that was incorporated in 1967. The area seems reminiscent of the first wave of second home ski house development.

“By the early 1960s, the Pikes Falls Valley was going through a drastic change,” Greg Joly writes in the epilogue to the 1999 edition of the Nearing’s The Maple Sugar Book. “With the advent of a ski resort on the north-facing slope of Stratton Mountain, a more urban culture began to filter into the region. Back roads were paved for easier access to the resort, and slowly, due to its proximity to the mountain development, rising land values made it financially unfeasible for people to labor on their hard scrabble farms and attendant sugar bushes.”

Soon after, the Nearings moved to Harborside, Maine, where today their work is continued at the Good Life Center.

From the top of the Tamarack lift, I fall in with the lunch crowd heading down from the mid-mountain lodge and scurry over to the high-speed Ursa lift. Soon I am part of a long line waiting to be whisked away to Stratton’s summit.

“The modern escapist,” noted Skier’s Gazette back in 1970, “brings with him most things, material and otherwise, from which he thought he was trying to escape.”

To my left, the southern-facing ski trails of Bromley Mountain seem to shimmer in the winter sun. Ahead of me, I catch a glimpse of the thinly-cut expert trails on Magic Mountain.

I know the Nearing’s old sugar bush is down there somewhere, but from this vantage point, it’s difficult to know just where to look.•