Dishing on Dishes: The stories behind five Valley signature plates 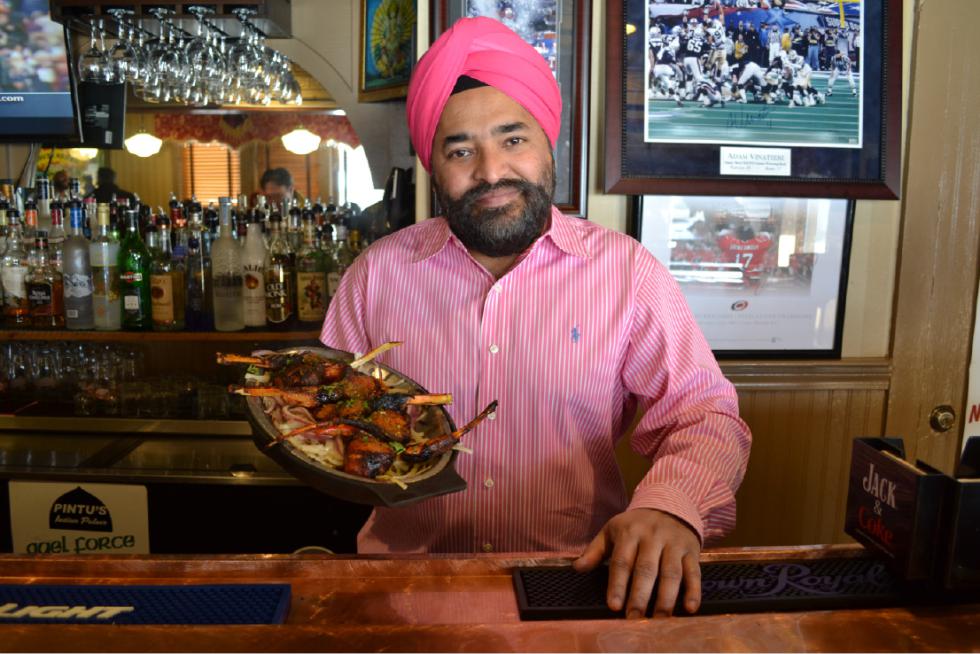 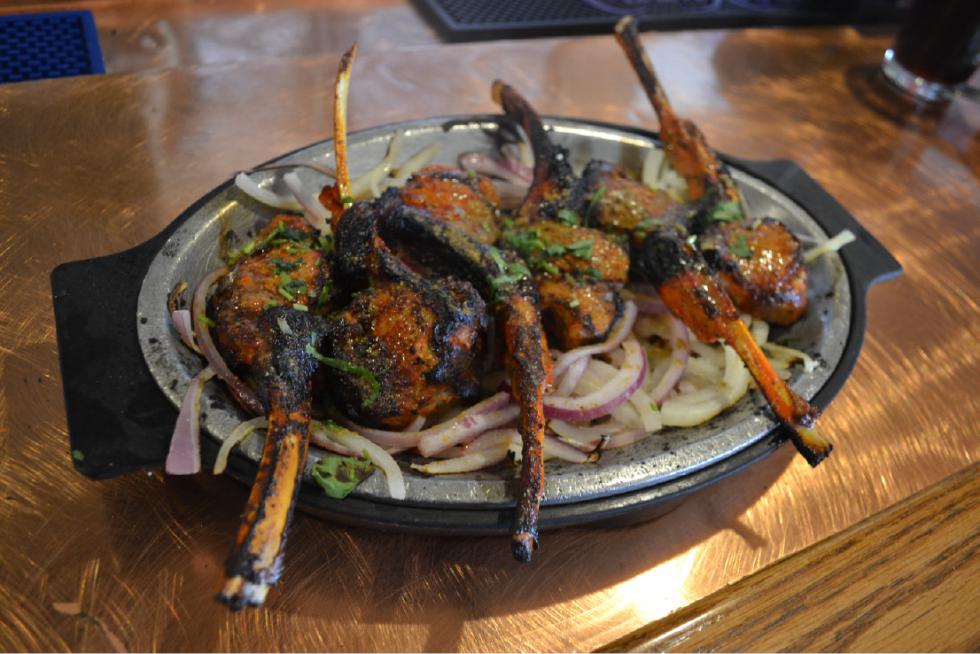 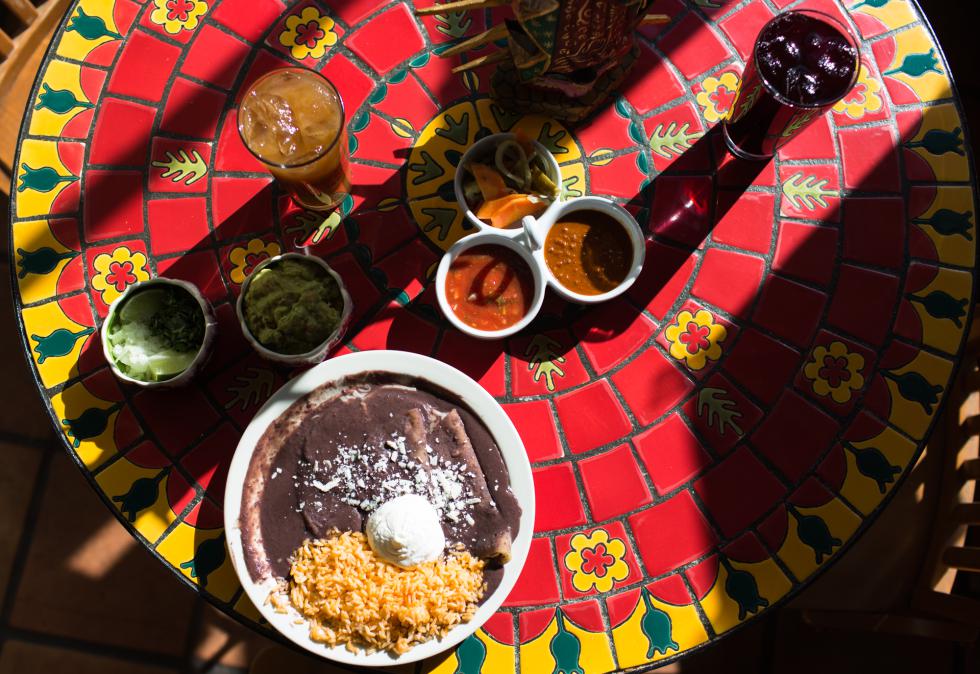 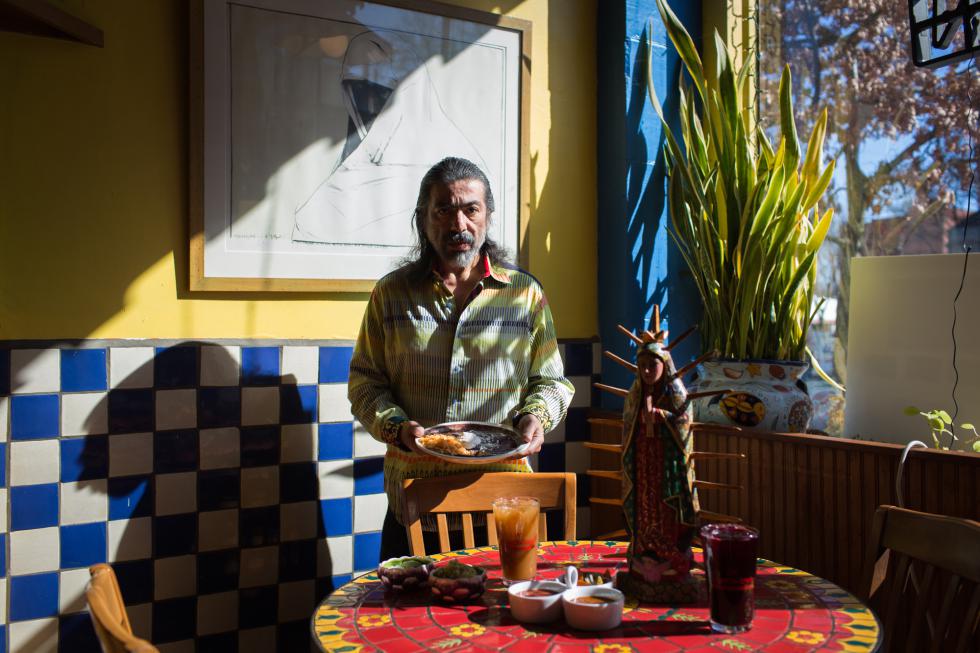 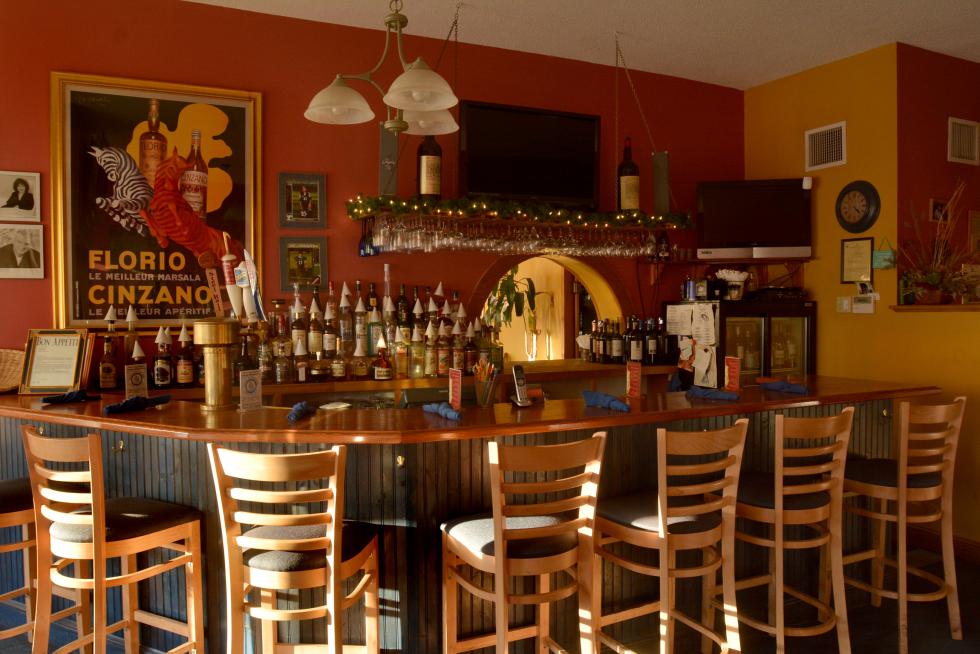 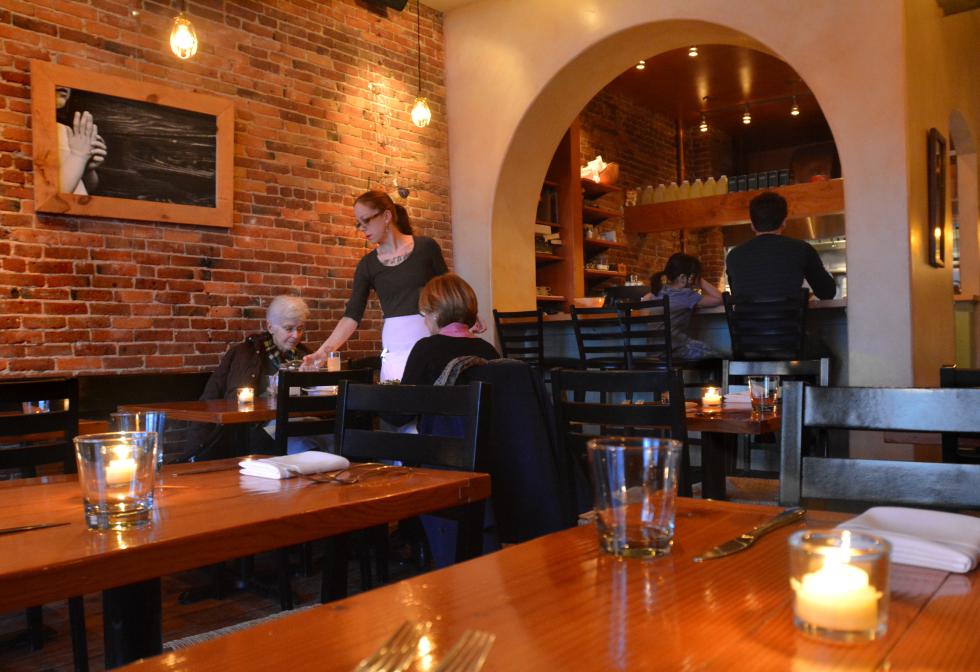 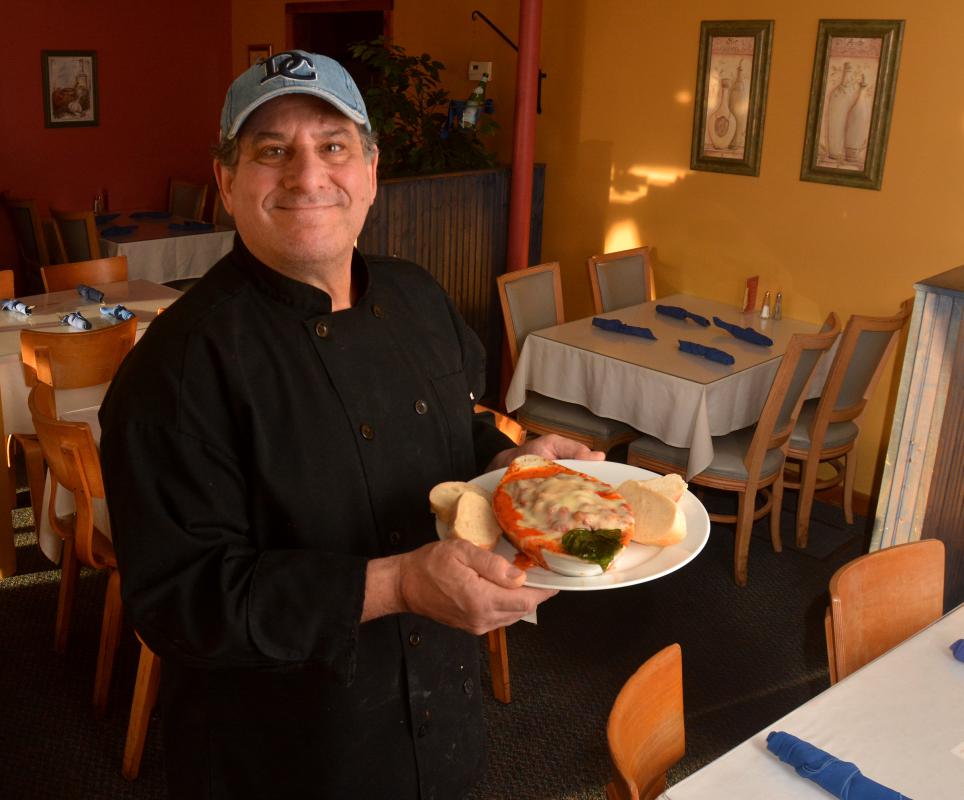 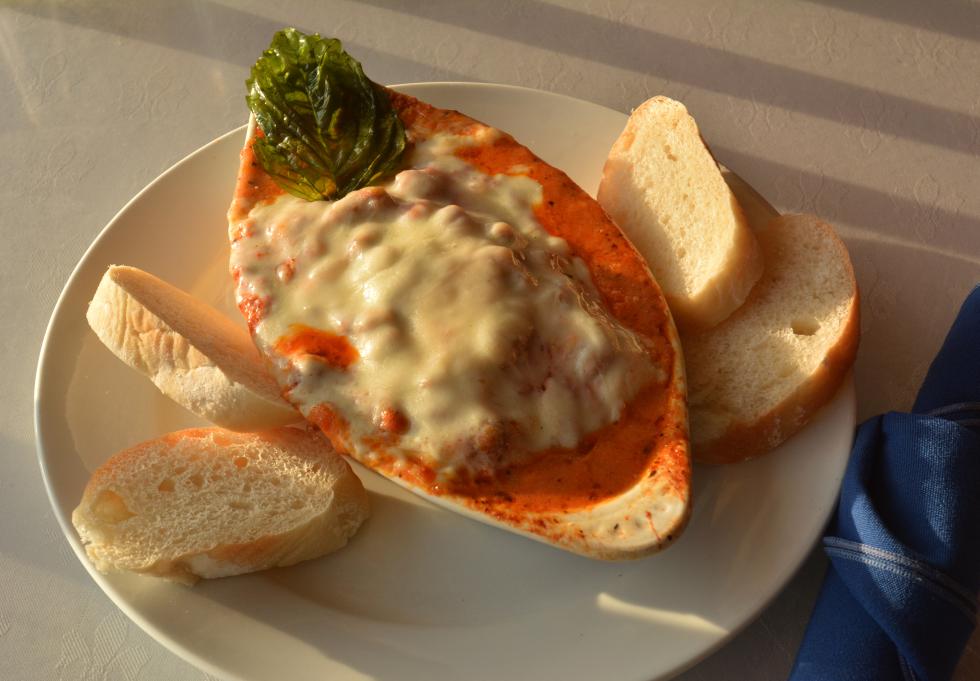 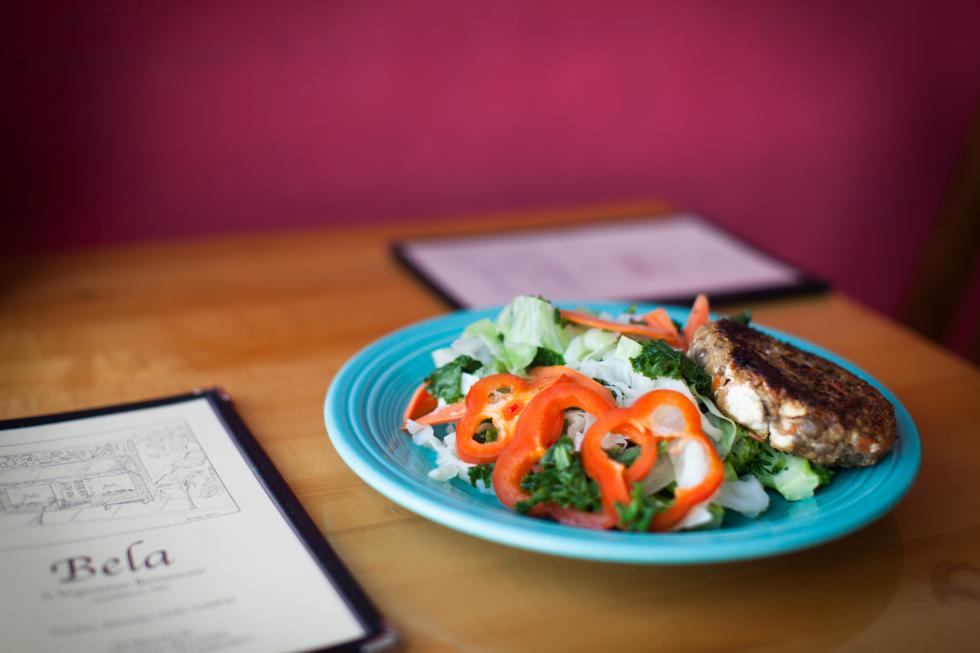 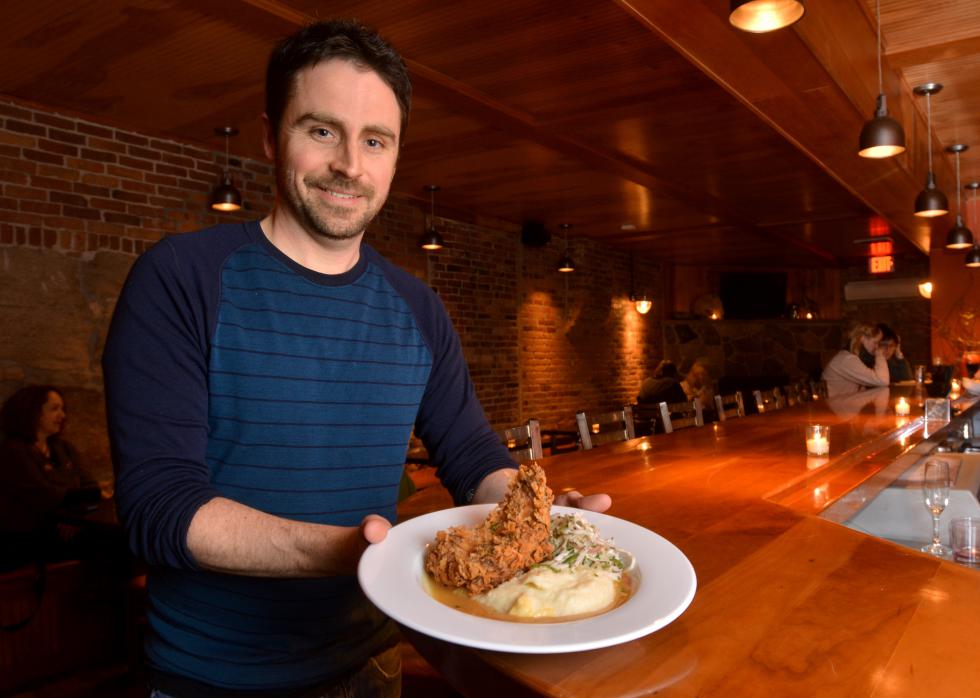 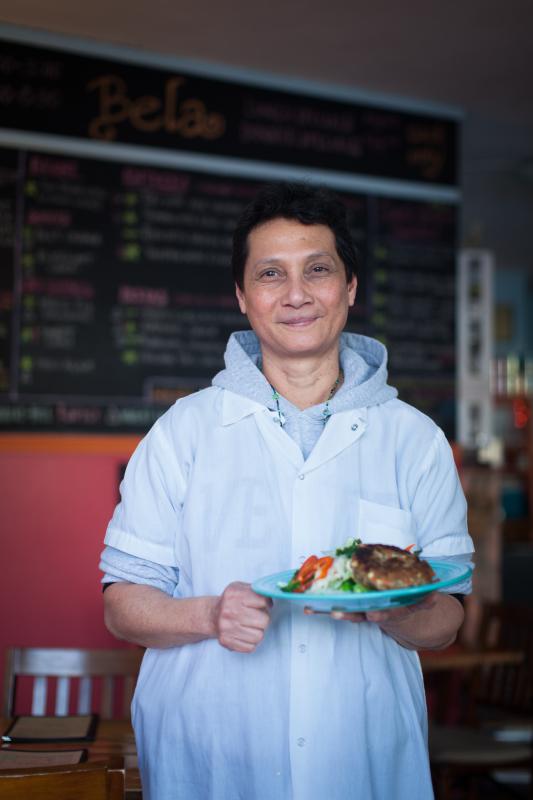 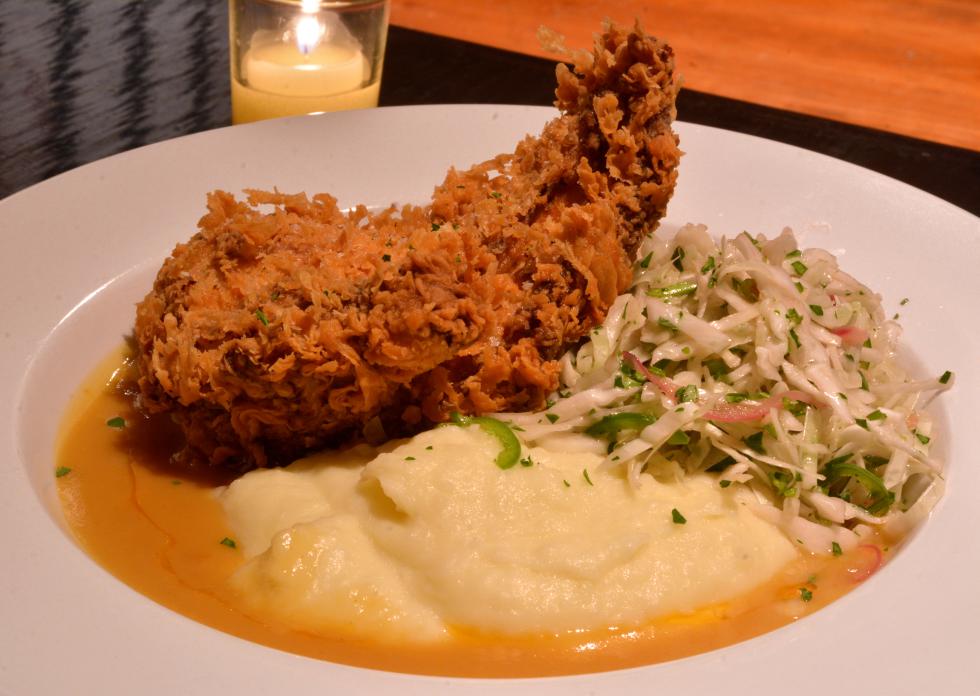 Fried chicken may seem an odd fit for a gourmet menu, but Coco’s co-owners, cooks — and husband and wife — Roger Taylor and Unmi Abkin have embraced its simple pleasures.

Discussing Coco’s menu with a new customer usually begins with the fried chicken, Taylor says. “There are no special spices, no secret flour. No tricks. We believe the simple stuff is the best stuff — that’s what it comes down to. You can’t over-think it.” Taylor says he was inspired to make this stripped-down style of fried chicken — which is served at Coco with a side of jalapeño slaw — while working in North Oakland, Calif. from 2007 to 2011. While on break from the restaurant Pizzaiolo, where Taylor worked, he would walk to a bakery and sandwich shop on the corner called Bakesale Betty. “We adored their fried chicken sandwich,” he says, “and we wanted to figure out how to incorporate it into a meal.” “Fried chicken is just in Oakland’s bones,” he adds, and explains that the boom in shipbuilding during World War II drew many workers from the South to the Bay Area to aid in the war effort. “A lot of those people stayed. It’s an important part of the culture and the food scene there.”

Fast-forward to Taylor and Abkin’s Easthampton eatery. The two strive to keep the food at Coco bold-flavored, but not heavy or dense — a challenge when it comes to fried chicken. That slaw, which features a blend of green cabbage, red onion, jalapeño, and cilantro, helps punch up the plate and cut through the fat. Every menu item must be driven by what Taylor describes as a “bright, alive, vibrant” taste.”

The chicken sells so well, Taylor says, that he and the kitchen staff have installed a fryer dedicated solely to cooking fried chicken — a tricky decision given the restaurant’s limited stovetop space.

“It’s tight quarters back there,” Taylor says. “But I think it actually works as a plus for us. The menu has to be lean. You can’t just throw anything on the menu. We really can only focus on the things we feel strongly about.”

Those strong feelings reach wide, culinarily speaking — the other four current entree items at Coco are roasted trout, lasagna, Neapolitan meatballs, and the Korean mixed rice dish bibimbap. But the cooking stays simple, Taylor says. “We tell each other, and our new cooks, that when it comes to food, just because you can do something doesn’t mean you should.” In other words, it’s easy to muddy the waters — particularly in adding too many ingredients. That’s why Taylor sends his fried chicken out in a simple buttermilk batter, with garlic mashed potatoes, slaw, and little else.

“That’s the key,” he says. “There’s nothing in the fried chicken that doesn’t need to be there. It’s all about simplicity. I think that’s why it hits the spot.”

The dish: The Cindy Special

A departed friend, a special plate

When cook Lily Olpindo opened Bela 23 years ago, she felt hard-pressed to find vegetarian meals in the Valley that delivered rich spices and complex flavors. “The vegetarian option at one place might be fettucini alfredo, and at another place it might be grilled cheese,” she says. “I wanted to do something eclectic.” The menu she’s put together at Bela blends Asian and Indian items. She cooks with soy lemon butter, lemon caper glaze, rich sauces, and spicy garlic. As the only one in the kitchen, Olpindo makes daily adjustments to the menu at will.

But the Cindy Special — a veggie cutlet patty served with gravy and a side of steamed vegetables — has remained on the menu for over five years now. It is named, Olpindo explains, for a regular customer who eventually succumbed to cancer.

“She would come here and eat a burger patty and some steamed vegetables, because that’s all she could eat,” Olpindo says. Cindy lived in Longmeadow, she says, but she would come to Cooley Dickinson Hospital for treatment, then stop in at Bela for lunch.

“They came because Bela is such a small space,” she says. “It’s as much a community as a restaurant. We come to know everyone who visits regularly.” Olpindo makes the veggie cutlet patty using lentil and bulgur, sunflower seeds, rolled oats, and lots of onion and garlic. It’s a recipe she inherited from The Fez, the previous restaurant in that space.

When Cindy died about six years ago, Olpindo decided to honor their friendship by donating half of the proceeds from each sale of the Cindy Special to the Visiting Nurses Association of Cooley Dickinson. Olpindo says donations over the past several years have added up to several thousand dollars. “It’s a popular meal,” she says.

A Touch of Garlic
Springfield

Joe Rescia opened his Italian restaurant on White Street 21 years ago, and he estimates that 15 or so items have been on the menu since day one. “Those are the staples we really can’t get rid of.” The common factor in most of those staples: they were created by his mother Dolores. She provided Rescia with her own recipes for some basics, like marinara, bolognese, and a few aiolis. But her lasagna recipe, he says, is a crowd-pleaser at the restaurant. Stuffed with ricotta, romano and mozzarella cheese, and bolognese sauce, the meal is baked to order, “so it comes out bubbling, with a nice crisp cheese on top.”

Dolores lives in Wilbraham now, but she raised Rescia two blocks from A Touch of Garlic. In the first days of the restaurant, he says, he used to walk to work. Before his mother retired, she worked part-time in the offices of Bay Path College in Longmeadow and also as a hairdresser. But even on long days, he says, she’d start cooking for the family as soon as she got home, using recipes from her own mother.

“We had that lasagna all the time,” he says. “We had polenta, chicken cacciatore, and fried meatballs on Saturdays. She was always cooking. There was always a pot on the stove. It was comfort food.” One particularly clear memory Rescia holds dear: standing at the stovetop as a child and dipping hunks of star bread from Mercolino’s Bakery into hot, fresh tomato sauce. “Everything was homemade,” he says.

In the early years of A Touch of Garlic, Dolores used to come in and make the lasagna herself. Now, at age 82, she’s scaled back her contributions to the restaurant, providing cheesecake and some special desserts for the holidays. Rescia says he sees her at least once a week. “She brings friends. I talk to her all the time. Our family’s very tight.”

If his mother taught him one lesson in cooking, Rescia says, it’s that ingredients matter. That’s why, when he tries out a new product, she often tags along to help him evaluate it. “That makes a big difference.” And in between visits to her son’s establishment? “She’s great,” he says. “She’s still driving. She plays golf. And she keeps cooking.”

Beyond burritos, tacos, and enchiladas

People identify Mexican food with whatever they’re being sold,” says Martin Carrera, who opened La Veracruzana in 1989. “When you look at the burrito craze that started in the ’90s, and continues to this day at places like Chipotle, you can see why people think Mexican food is just burritos, tacos, and enchiladas.” But when Carrera thinks of a Mexican meal that’s special to him, his mind goes right to the enfrijoladas (say “en-FREE-ho-LAH-das”). At La Veracruzana, that meal is comprised of three corn tortillas that are fried lightly, then dipped in black bean puree and filled with cheese. The dish is served with rice and sour cream.

Carrera remembers this dish as one that his aunt would make for him at breakfast when he was a child visiting her in Mexico City. Carrera grew up in California and Washington state, but he says he still has a lot of family in Mexico, and he tries to visit with some regularity, staying with different aunts, uncles, and cousins.

This aunt, he explains, lives in the suburbs outside Mexico City. Her father was the president of a large polytechnic university. The man she fell in love with, by contrast, was poor, paying his way through school by selling oranges. “Her father wasn’t too happy about that,” he says.

Eventually, Carrera’s uncle became a professor at that same university. The young couple lived well. And whenever Carrera came to visit from America, she would make him enfrijoladas.

It was fresh, delicious food, he says, but quite basic. “She wouldn’t say she was a cook. But this was the stuff she would make for us when we stayed with her. It’s the memory that’s important.” And simple food goes a long way at his restaurant, he says. Quality ingredients for Mexican cooking have become cheaper and more readily available since 1989 — “We used to charge extra for cilantro! Can you believe it?” — and his two locations are well established by now.

Celebration on a sizzling platter

When the plate of lamb chops leaves the kitchen, you can hear it coming — this entree sizzles on a hotplate, giving off a cloud of lemon-infused steam. Restaurant owner and chef Pintu Chawla says customers are sometimes surprised by how tender the lamb chops are here, compared with tandoori cooking they may have sampled elsewhere.

“This has become a signature entree for us,” Chawla says. When he opened the restaurant 14 years ago at its earlier location on Elm Street, he says several people told him not to include lamb chops on the menu. “It’s expensive to produce. But I was confident it was going to do well.”

For this dish, Chawla marinates the lamb chops in a spiced ginger and garlic yogurt before barbecuing them on skewers in a charcoal tandoori oven. Then they go onto a hotplate with onions and cabbage plus a little butter and vinegar. They’re topped with fresh lemon and a spice mix called chaat masala, which includes dried mango, black pepper, sea salt, and chili pepper.

It isn’t a spicy dish, although the menu at Pintu’s runs the gamut from mild, creamy chicken tikka masala to very spicy vindaloo. Menu items are culled from traditional dishes across the subcontinent, though Chawla leans toward North Indian cuisine.

These tandoori lamb chops are eaten throughout the country, says Chawla, who grew up in India before coming to the states as a young man in 1992. He says his family ate the dish once or twice a month at weddings, receptions, and other special gatherings, lamb and fish dishes being more of a luxury than chicken.

Chawla inherited his love of cooking from his father, who often cooked at home for the family. “My uncles and my dad were avid cooks,” he says. “Whenever my father took us out for lunch or dinner, he never looked at the menu. I remember that very solidly. He would go to the owner or the chef and he would say, ‘Serve me what you would eat tonight, and I will eat that.’ No questions asked.”

The amount of discretion Chawla saw his father leave to the kitchen was striking. “There was such trust. That’s what we have in our restaurant, too.”

Four out of five customers at any given time are personal friends, he says. “They know me well. I’m proud that my customers trust me. Some of them don’t look at the menu — they just ask me to send them out what’s good.”•