Iron and Wine Opens the Vaults for “Archive Series Volume No. 1” 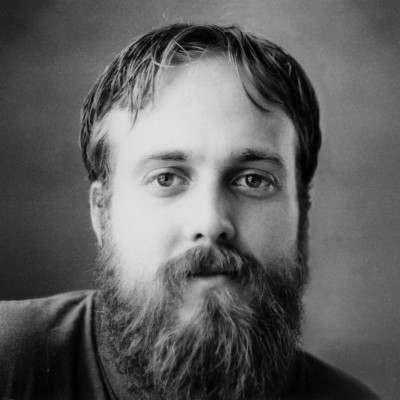 Dubbed as “the first in a series of releases pulled from tapes found in the back corners of closets and dusty shoe boxes – long neglected, but never forgotten,” the newest release from indie folk artist Iron & Wine (aka Sam Beam) is an engaging look at the early output of a musician who has never had a problem displaying intimacy.

Like many listeners, this writer’s first exposure to Iron & Wine was through Beam’s cover of the Postal Service song “Such Great Heights,” which, though recorded in 2002, gained widespread recognition from its inclusion on the soundtrack to the film “Garden State” in 2004. The track was a standout even amidst a collection of songs meant to convey a sense of emotional turmoil and a search for meaning. The number also featured what would soon become hallmarks of the Iron & Wine sound – hushed vocals, gentle acoustic guitar, and an aching lo-fi delivery.

Though Beam’s work later evolved due to the involvement of other band mates during the recording process and through collaborations with the southwestern rock band Calexico, all of the hallmarks mentioned above are present in the songs making up Archive Series.

Opening number “Slow Black River,” is a folk-leaning lament recorded at home by Beam on four-track cassette and which features slowly picked banjo alongside the familiar guitar. Lyrics focus on the passage of time, providing a proper introduction to the material that follows.

“Eden” and “Minor Piano Keys” each contain allusions to Beam’s upbringing in the Bible belt with the former referencing apples and a garden, while the latter paints a picture of a lonely woman who “prays for a soldier boy” far away and suffering “under the thumb of the Lord.”

Much like on Iron & Wine’s debut full-length, The Creek Drank the Cradle, which was recorded around the same time as the numbers appearing on Archive Series, popular touchstones like birds and scenes from the South pop up repeatedly. Instrumentation varies little from the already mentioned banjo and the occasional sighing slide guitar, which provide the requisite twang underneath delicate finger-picking and acoustic strums.

Since before he adopted the Iron & Wine moniker Beam only made music to be heard by his family, it is little surprise to hear his sister, Sarah, provide backing vocals to tracks like “The Wind Is Low,” “Sing Song Bird,” and “Wade Across the Water.” Each song is lent a down-home quality by the sisterly presence, and is seemingly tossed off in such an easygoing fashion that the melodies appear more as organic outgrowths from the sibling’s interaction than as the product of well-executed songwriting.

Watch the trailer for “Dreamers and Makers are my Favorite People,” featuring Iron & Wine here:

If there’s any complaint about the collection of songs on Archive Series, it is that some are more finished works than others. Some tunes end abruptly or before a complete payoff is reached. But there is more than enough to keep longtime fans and first-time listeners happy. In fact, if Beam keeps unearthing and releasing cuts on par with the best of that found here many will start to wonder why he kept such gems locked up in the vaults to begin with.