Lady Lamb’s “After” has cinematic roots 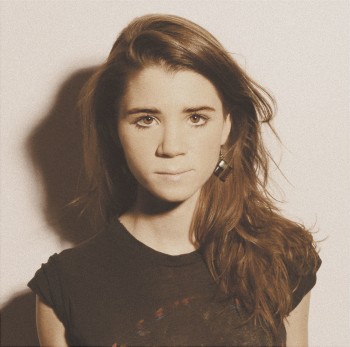 It’s part of pop culture lore that Quentin Tarantino got his start working in a video store. Turns out, that watching innumerable films and critiquing customer choices was all the training he needed to become a famous director. You can see the results in his movies too. Each finished product is a cinematic vista with scope, detail, and enough humor to sometimes distract from all the turbulent goings-on. The same characteristics can be attributed to indie musician Lady Lamb as well.

Formerly known as Lady Lamb the Beekeeper, Maine native Aly Spaltro, also got her start working in a video store. However, instead of turning her focus to film, Spaltro used her night shift time at the shop to write and record music. Her initial output, a collection of lo-fi recordings and demos, shows the unmistakable stamp of this time period.

Early tracks like “Bird Balloons” and “Crane Your Neck,” each eventually re-recorded for Spaltro’s 2013 full-length debut Ripley Pine, are howling confessionals that unfold like short films. The mood of each song changes nearly as often as the chords wrung from the guitar they’re played upon, telling unique stories that are filled with the kind of observations made by someone who once spent long hours surrounded by aisle after aisle of Hollywood fare and indie flicks.

Now, much like Tarantino with his latest works “Django Unchained” and “Inglourious Basterds,” Spaltro strives to create her own epic on her new album After.

Opening number “Vena Cava” gives a taste of this new ambition. Beginning sparsely with only Spaltro’s voice and guitar heard for nearly a minute, the tune suddenly explodes to life with drums and distortion. Though titled after a vein responsible for transporting blood to the heart, the song appears to express an inner turmoil that is more than skin deep.

“I know already how much TV will fail to comfort me in your absence,” the lyrics go. “It’s as though the nothing never was / As everything will do just what it does.”

Is Spaltro speaking to a lover she knows will leave her? How appropriate that the vena cava is connected to the heart. Matters felt this deeply never fail to evoke emotions in one of our most important organs.

After such a hard-hitting introduction, the rest of After starts to unfurl itself with clever touches hidden throughout. Horns and background vocals emerge in the mix on “Violet Clementine.” Handclaps and synth samples populate “Spat Out Spit” and “Penny Licks.” Even a sly nod to Spaltro’s past is made with a song named after many a movie-goers snack of choice “Milk Duds.”

Watch the official lyric video for “Spat Out Spit” here:

Still, amidst all the experimentalism and forays into straight-up pop, the foundation of After rests in the detailed prose making up the album’s lyrics. Nowhere is this fact more evident than in what could be labeled the record’s centerpiece “Sunday Shoes.”

As hauntingly barebones as some other tracks are stuffed with sound, “Shoes” is a bittersweet poem told over solitary finger-picked guitar that relates the tale of children being eaten by wolves. Harsh right? Yet, while not shying away from some graphic detail, the song also evolves into a somber meditation on death itself and what happens after we die.

It’s an inspiring thought isn’t it? Once dead you will be reborn as a color. Colors make up the world around us, in shades, in shadows, and can mix with other colors to create wondrous new combinations. Aly Spaltro may have dropped the “Beekeeper” from her moniker, but she’s been busy in her own hive turning out a finished product channeling past, present and future, almost like a movie script.

Video stores may be virtually extinct, but their influence lingers, just like After’s bite.