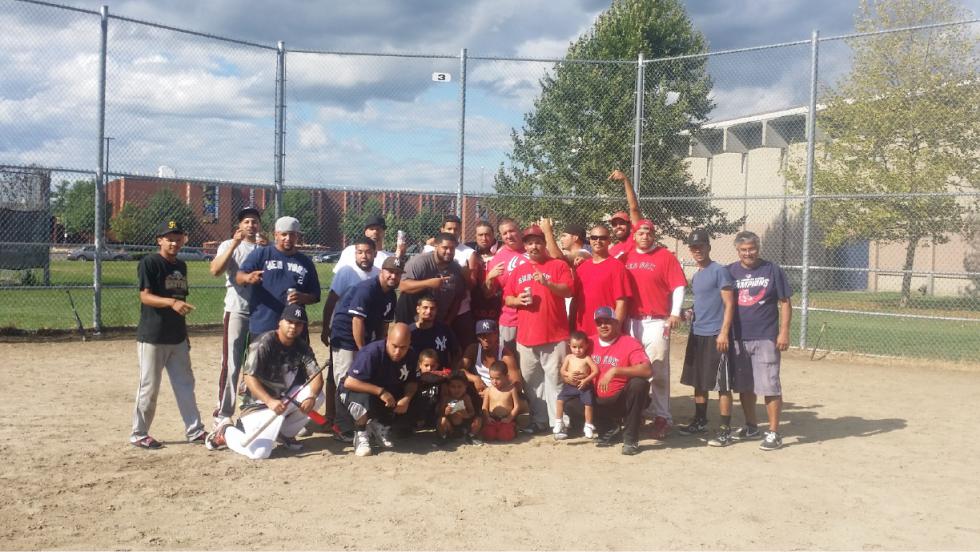 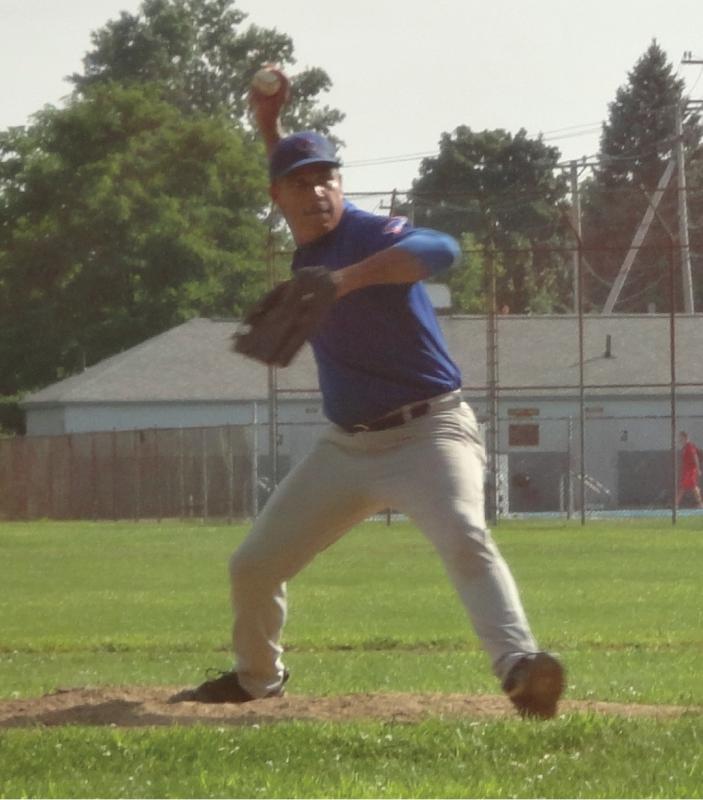 His players say Winston Lee’s life revolved around baseball and softball. When he died in 2011, the players in his Spanish American Softball League were devastated. Hundreds of the inner-city players not only missed the man, but the community he’d built around him.

For the 2014 season, Richard Pedraza, 41, of Springfield, decided to bring the community back together. And then some. He started the Pioneer Valley Softball League to reunite the Spanish American League and to broaden it so that everyone felt welcome, regardless of heritage.

“Rich came through like a phoenix,” says Danny Diaz, 37, of Springfield. “Rich literally brought back a lot of happiness to a lot of middle-aged men’s lives.”

Players in the Pioneer Valley Softball League and the Valley Wheel Over-30 Baseball League — both of Springfield — say that the health benefits from the exercise they get through playing sports are more obvious, but broader benefits may be less so. However you swing it, joining a league of any kind means making a commitment to being in shape for your team, to showing up at the scheduled times, and letting loose.

“We’re in our own little zone,” says Luis Beltran, 39, who plays for the Pioneer Valley A’s and has played league softball for six years. “If we’re upset, we take it out on the ball.”

In addition to the great stress relief that comes with hitting stuff, Beltran says being part of the league motivates him to stay in shape. Now that softball season is fast approaching, he says while he’s watching his nine-month-old daughter, he’s begun squeezing in sets of sit-ups, push-ups, and lunges as frequently as he can. It’s especially important, he says, to keep his legs strong for the game.

“Most of my workouts are geared towards softball — squats, lunges because the foundation for swinging is in the legs,” says Beltran. “If you don’t have the power in your legs, you won’t have a good swing, and you can’t run the bases.”

Since his days playing ball at Commerce High School, Beltran has always loved the sport.

“It helps the soul,” says Beltran. “The sport itself, the beauty you find — a diving catch, a beautiful throw, a nice relay, a long, deep home run, the flight of it going over the fence …”

Pedraza says the love for the game is what unites them, and the commitment keeps them healthy, which makes it all worthwhile for him. His league doesn’t have uniforms, he says, in order to keep the prices down and accessible to everyone.

“Just seeing everyone together and having fun — that’s what does it for me,” says Pedraza. “It’s all about coming together and keeping guys off the street and keeping ’em busy. Everyone needs those mental health breaks, you know?”

Pedraza says the guys, who come together every Sunday and some weeknights, become like family. Beltran says softball is like their church — many, he says, even pray before a game.

“There’s a lot of unity in softball,” says Diaz. “There are always new players and they always feel welcome.”

Jim Nason, 57, heads up Valley Wheel. He says the players unite under a common love for the game, but they get much more.

“Players truly make friends here for life,” says Nason. “It’s not only the athleticism — it’s like-minded players who get together for the camaraderie. And it’s pretty decent-caliber ball, too.”

Nason says newcomers don’t need to have experience to join, that there are all levels of players in the league. He says because the guys are all over 30, they tend to take themselves a little less seriously and have more fun with it.

“It’s a great recreational league,” says Nason. “It’s about the fun and camaraderie of playing baseball.”

Pete Paroli, 44, of South Hadley, says a co-worker turned him onto Valley Wheel six years ago, recommending it as a great way to stay in shape. Being part of the league, he says, motivates him to do calisthenics and weight training throughout the week, as well as to get together with some of the guys to hit the batting cages.

“A lot of us [exercise] on our own, too, because we want to go out and perform,” says Paroli.

Ken LePage, 46, of Springfield, says when you have a career and a family, it can be difficult to get out and exercise. The league, he says, is a fun way to fit it in.

“It’s fairly competitive, but at the same time it’s out there having fun,” says LePage. “It’s a great way to get out and act like a little kid again.”

Pedraza and Nason both say they are actively seeking new players right now. Interested players should sign up by April 19 — Pedraza adds that he’d like to start a Friday night league, if there is enough interest. Those interested in joining Valley Wheel Over-30 Baseball or Pioneer Valley Softball should visit the Springfield Parks and Recreation Department website for details.

“You shouldn’t pass up an opportunity to play the game,” says Paroli. “You’ll meet friends you’ll have the rest of your life. You can’t go wrong.”

There is also a women’s softball league available through the Springfield Department of Recreation, as well as co-ed leagues around the Valley.

For those interested in soccer, Pioneer Valley Summer Soccer League — an outdoor league based in Ludlow — is gearing up for the season. For more information, visit pvssl.net.

Those interested in tennis can check out the Amherst Leisure Services website, as well as the Greenfield Parks and Recreation Department, for playing opportunities. Go to The Economic Development Council of Western Massachusetts, www.westernmassedc.com, for a good list of men and women’s adult sports leagues, including: