Taste-Off!: Dueling Donuts, which shop makes the best donuts in the Valley? 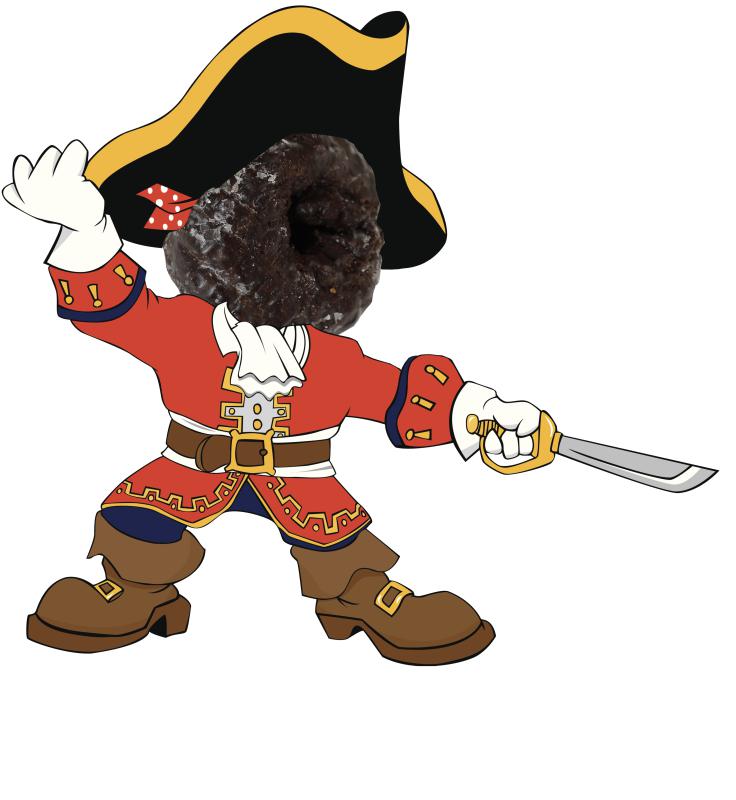 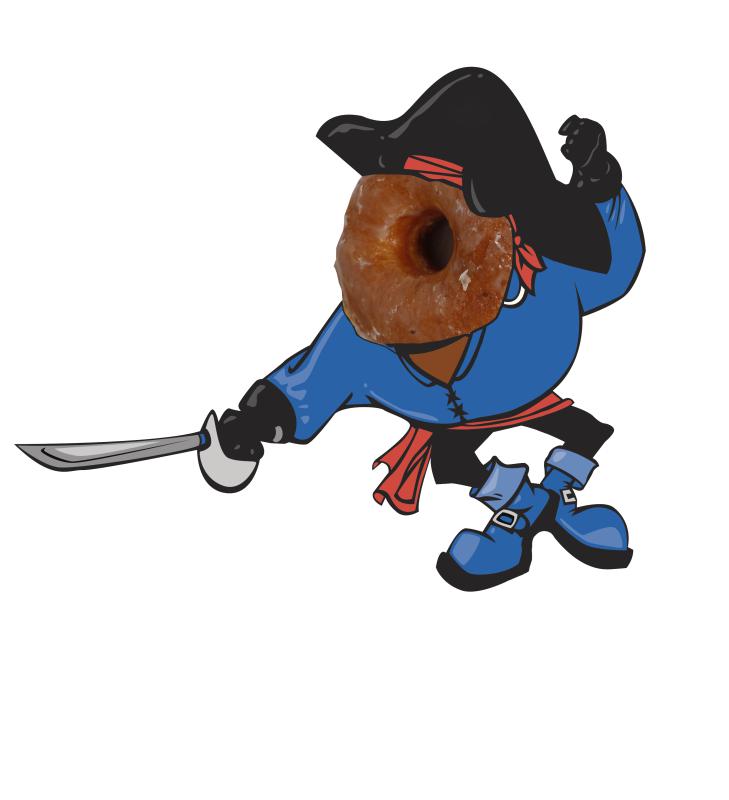 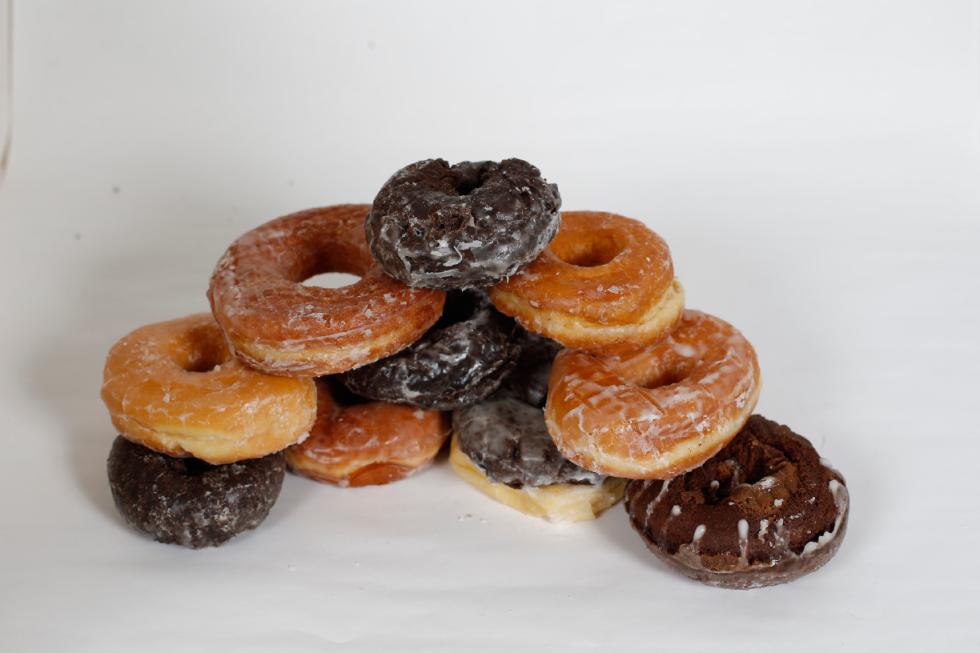 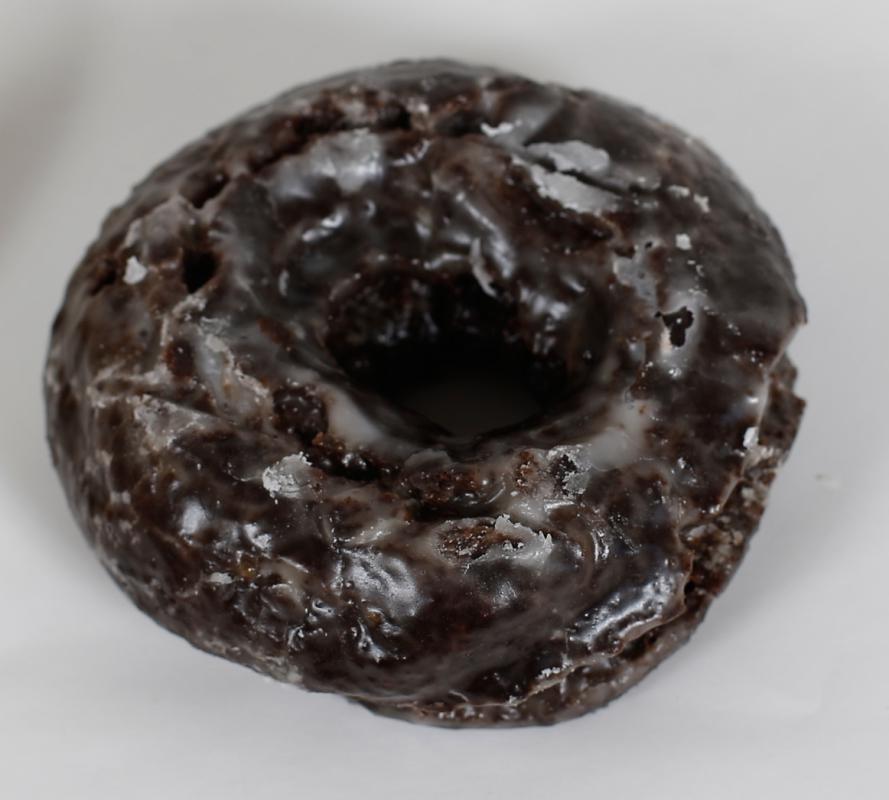 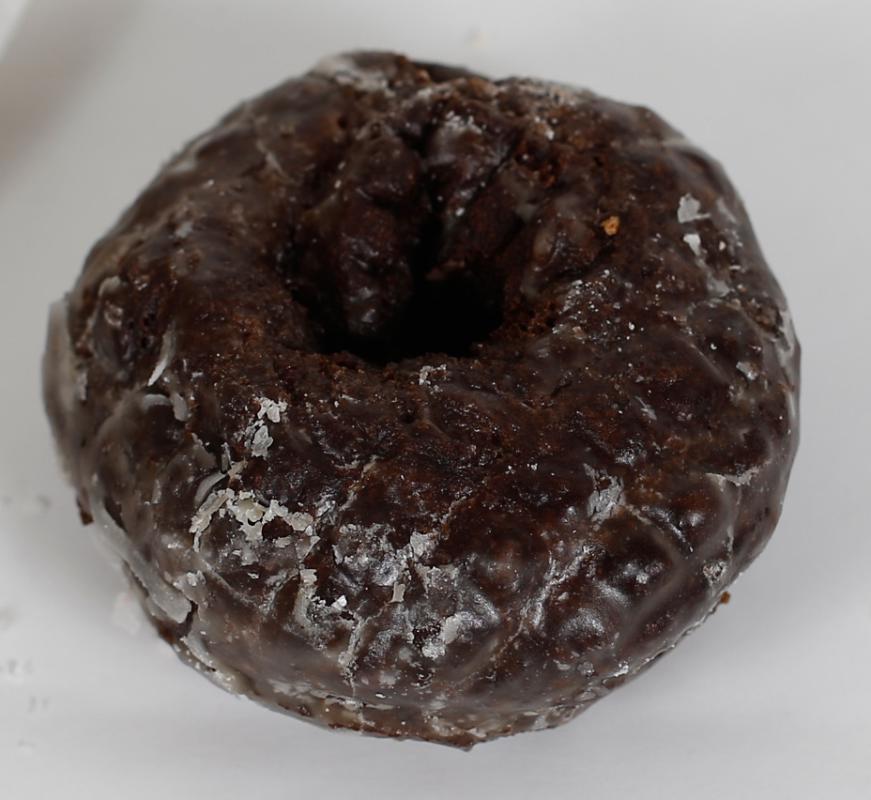 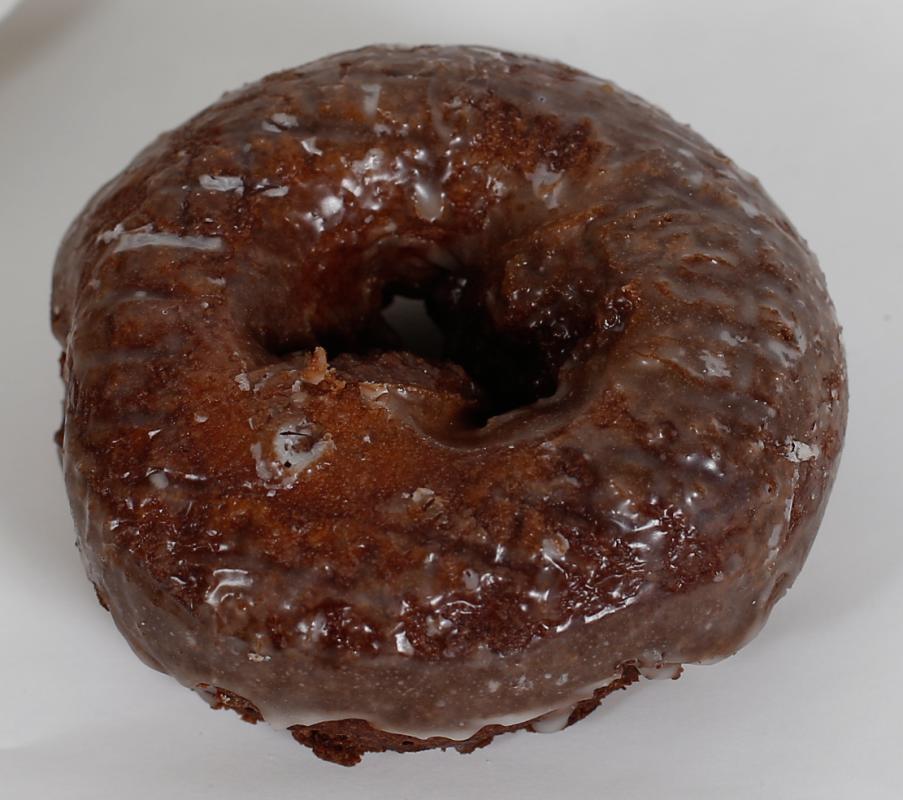 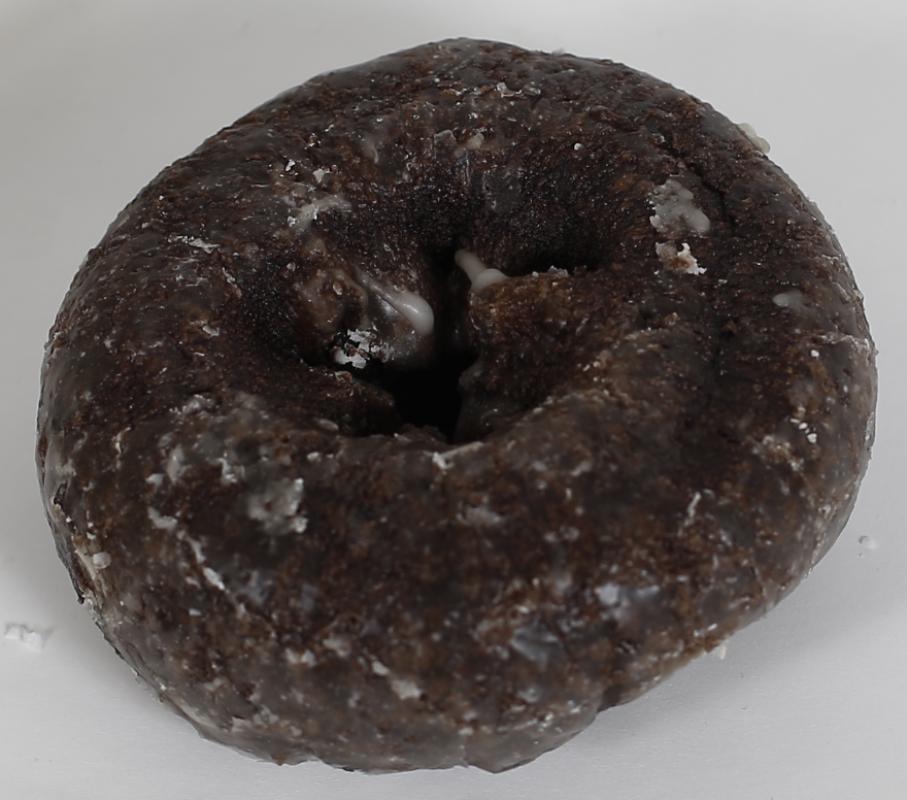 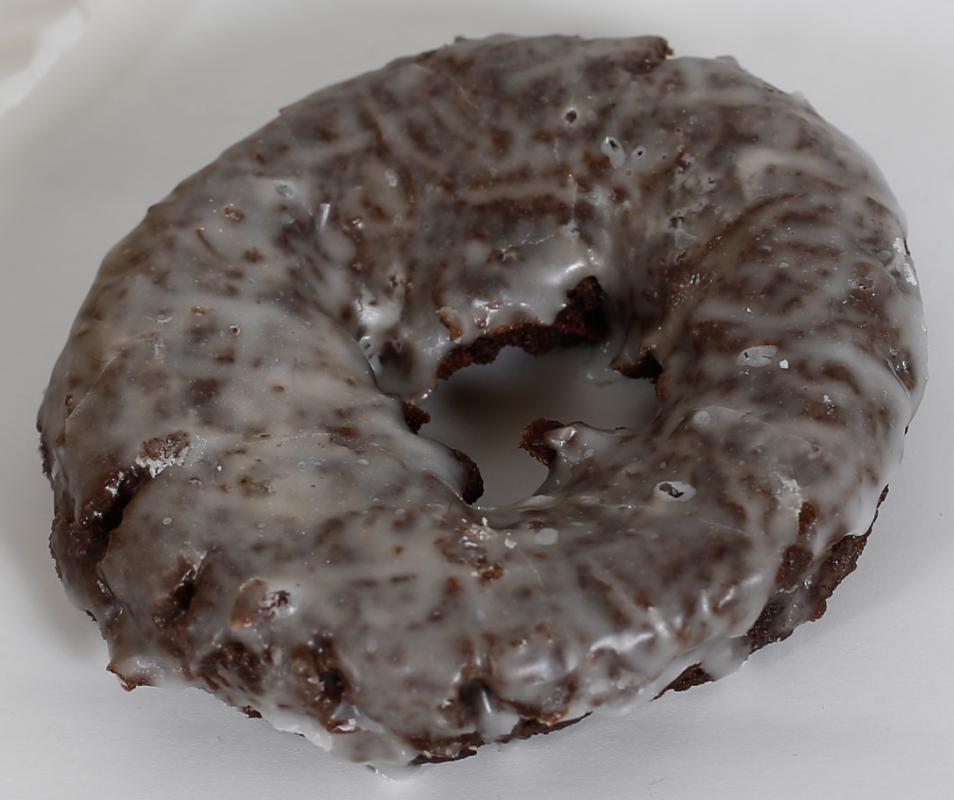 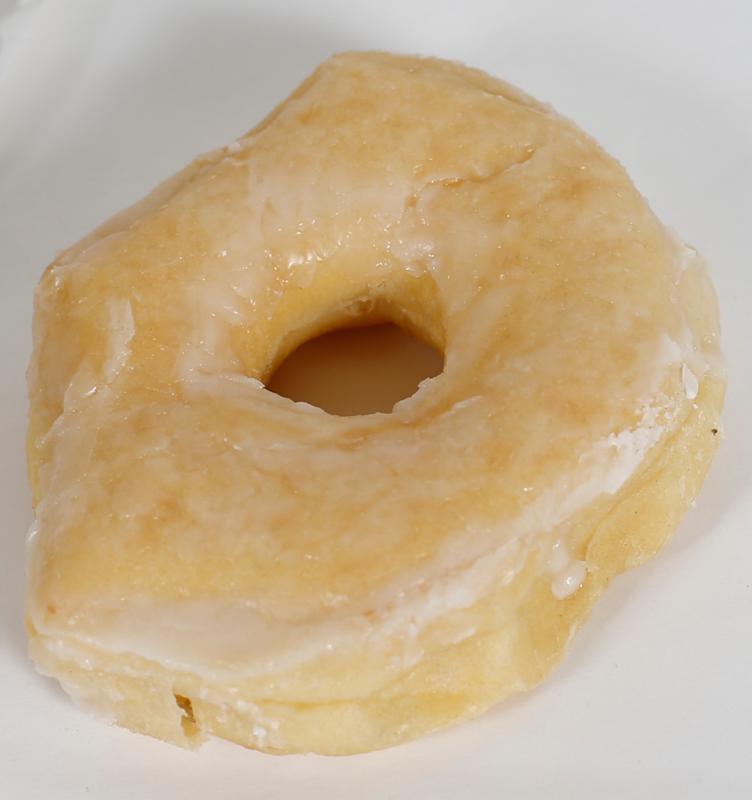 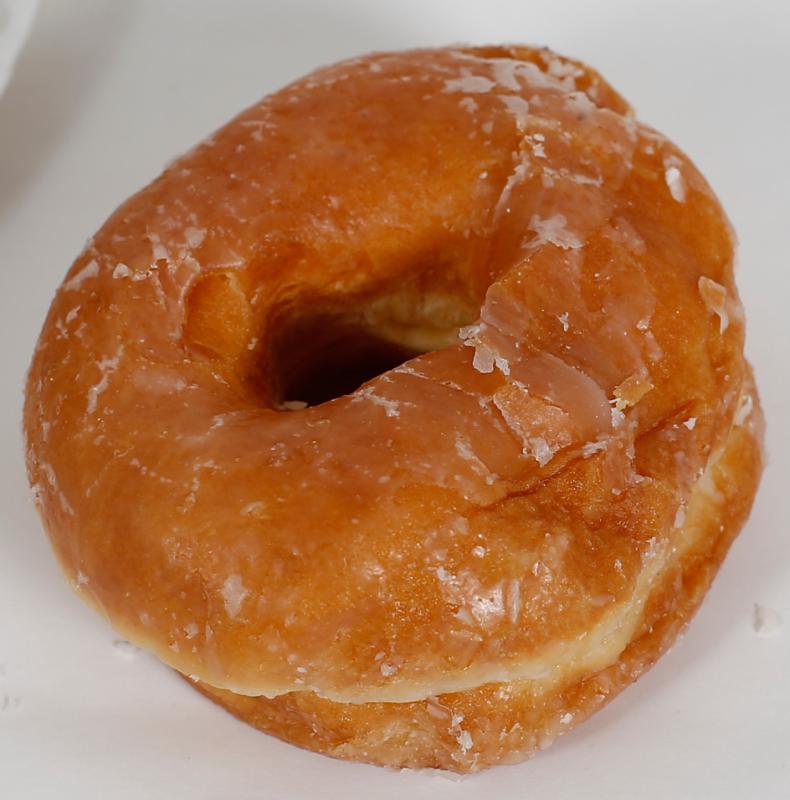 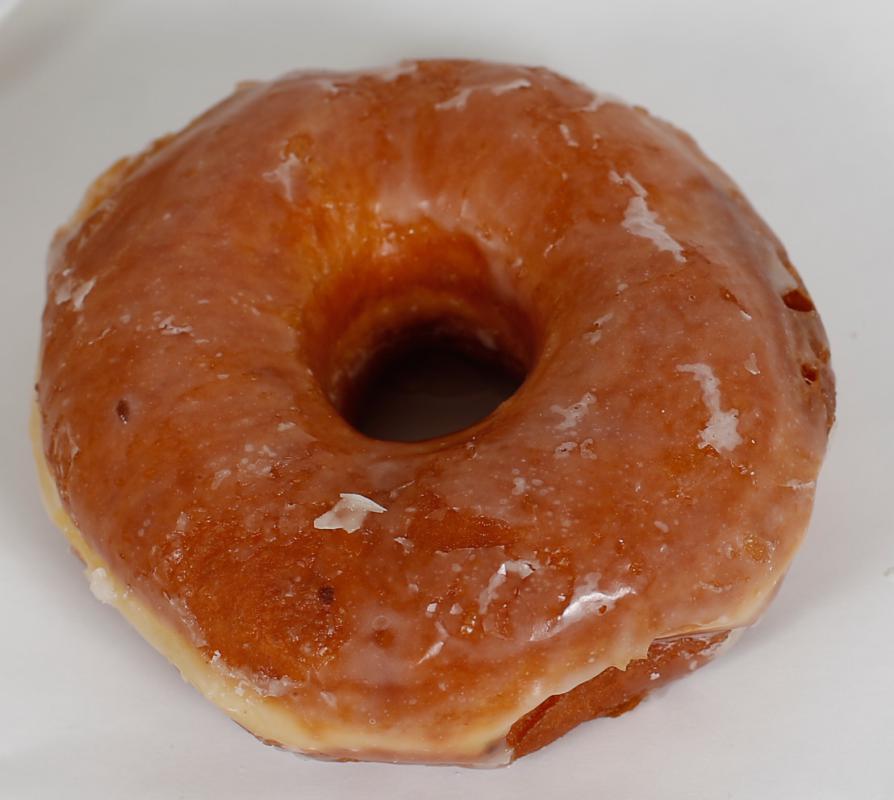 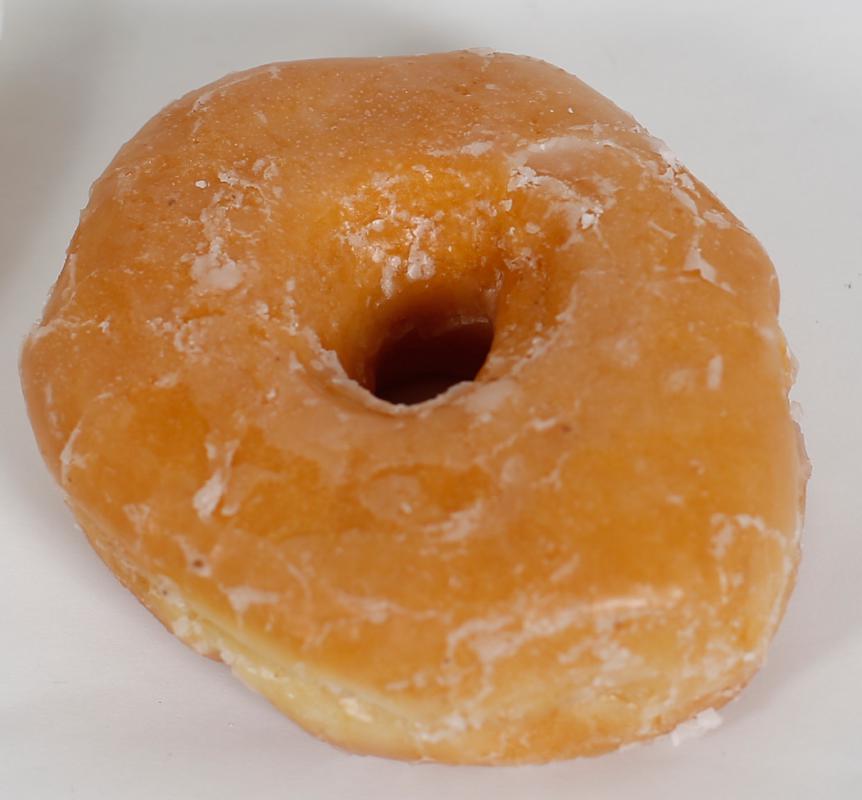 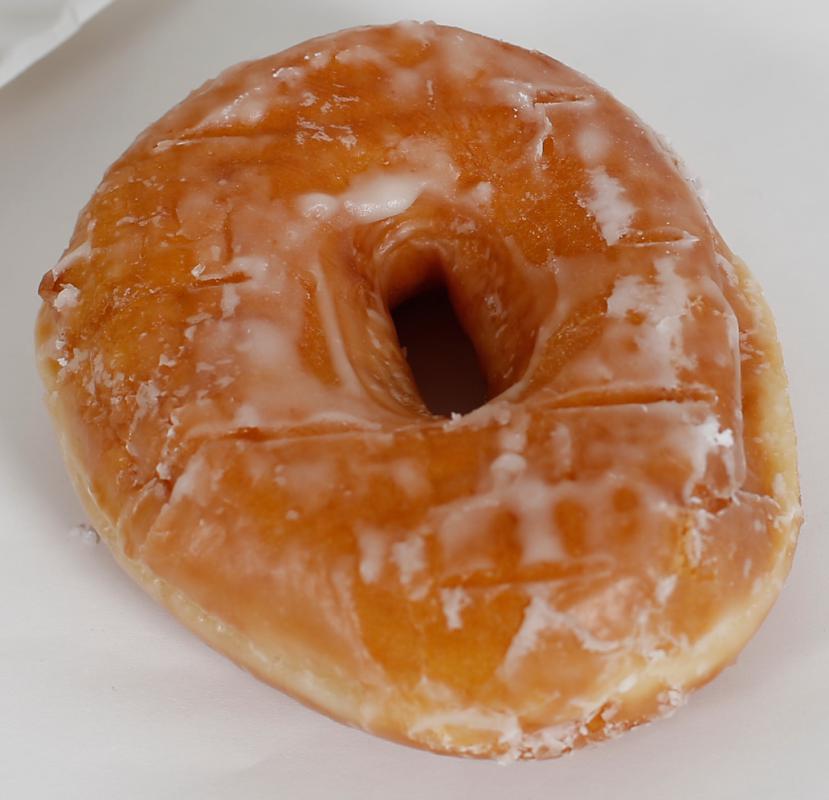 Homer Simpson said it best when he drooled out, “mmmm … donuts.”

That pretty much says it all: fried, crispy, sugary-sweet, warm, melty cake. Or for short “mmmmmm.”

For this Taste-Off! the Advocate staff searched around the Valley for the best local donuts and we invited a guest judge with a good sense of humor to join us: Northampton Officer Ryan Tellier. We thought we’d have some fun with the old cops-love-donuts stereotype, but Tellier dropped a bomb on us: like just about all stereotypes, this one is wrong. If police are known for consuming anything day after day, it’s probably bagels. “It’s a little healthier,” he joked.

Tellier with our regular group of judges — editors Kristin Palpini and James Hefline, designer Jen Levesque, and reporters Amanda Drane and Hunter Styles — did a blind tasting of honey glazed and chocolate donuts from six Valley shops, scoring donuts on a scale of 1 (yuck) to 5 (yum). The results were interesting in that the winner of the glazed challenge and the winner of the chocolate challenge were not the same shop.

Tellier: A good amount of glaze, a good level of sweetness.

Kristin: This is super-sweet. It’s good at first, but then the taste dissolves into bad and chemically.

Hunter: This tasted the closest to Krispy Kreme. It’s buttery and melty, sugar-happy and glazed to the max.

Kristin: This is soft, yummy, and smooth. I could eat a dozen.

Hunter: Super fluffy. I have mixed feelings about this. It’s like you’re eating a pillow off someone’s bed, it’s so nice and fluffy and fun to eat, but it won’t fill you up and a donut should fill you up a little.

James: I concur with the fluffiness. It was gone too fast.

Tellier: The glaze is really sweet and nice. It’s a little dry in the middle, the texture is a little not right.

James: This really did the donut thing it’s supposed to do. This is a solid donut.

Amanda: It’s squishy and doughy and pretty moist. I like this one.

James: A platonic, ideal donut. I could eat a box of them.

Tellier: Overall this is a classic donut, slightly cakey.

Amanda: I tasted cinamon in the glaze, not a lot, but it kind of took over the donut.

Kristin: This tastes really fresh, but there’s no glaze on the bottom.

Hunter: A little bit smooth, it reminded me of being at the fare. A classic taste.

Kristin: Really fresh, soft, I can taste the butter and it’s awesome meltiness. This donut kind of takes me to another place, like I’m not at work anymore. I’m on my couch watching TV on Sunday morning. Ahhhhhhhh.

Amanda: Squishy and melty, but I thought it could be a touch more moist.

Hunter: This left me scratching my head. It’s a little boring, but nice. It’s the donut at the bar you take home and feel bad about afterwards and you just have to live with that.

Tellier: Not bad, not good.

Amanda: This was the best glazed donut. Heavily glazed, but fluffy. Overall it was very soft, velvety soft.

Kristin: Flat, pale, and intriguing. You can taste the lard in a really good way.

Tellier: This is a great donut. It’s moist, it has a great texture, proper sweetness. This is my favorite of the regular glazed donuts we’ve tried.

Jen: The look of these confused the shit out of me. They kind of look like old-fashioned bundt cakes. They were melty and tasted great, but weird.

Hunter: They’re showing off with the amount of glaze. It’s like they let a four-year-old decide how much glaze to put on this — and that’s okay with me. It’s good.

James: This was less brown than the other donuts, which made me a little suspicious, but I liked it.

James: I’ve got a theory about this donut. It tastes like something is in the fry-oil, like something else was fried in it first and then came the donuts. But it is still a donut, and therefore, still good.

Hunter: This donut is having an identity crisis. I got a burst of rosemary or something. It’s confusing. It’s chocolatey and kind of savory.

Kristin: Very bland. Not chocolatey at all.

Amanda: Kind of lumpy and the glaze was kind of like glue.

Tellier: The glaze is crunchy and it’s not your typical donut, it’s different, but not in a bad way, in a good way. A really good donut.

Jen: I’d eat it, but I wouldn’t go out specifically to get one. Meh.

Tellier: Kind of has an odd chocolate aftertaste. Kind of reminds me of an Oreo cookie.

Hunter: This was the fudgiest donut we’ve tried. Confident fudge — which sounds like the name of the next Spinal Tap album.

James: The whole time I was eating this I was thinking Count Chocula. There’s a major Count Chocula taste and that’s either brilliant or bad. You have to be watching Scooby Doo on Saturday morning to get the full breadth of this donut.

James: There’s no such thing as a bad chocolate donut, but this one was dry and crumbly.

Kristin: It’s cakey, like a cake your mom would make, but this is a donut, not a cake, so I’m not feeling it.

Hunter: I’m not wowed, but I don’t want to stop eating it.

Hunter: This donut is do-able, but a little unfriendly, a little utilitarian. It doesn’t melt. It just stays in your mouth.

Kristin: I am enamoured of these donuts. A very nice texture, silky almost, with a real fresh taste, and crispy on the outside. I wish I had more.

James: Extra cakey. Too sweet for me. It feels like the frying taste stays on while the chocolate, you lose it fast.

Tellier: This is something you’d get at the fair. It’s good, but after one, I think I’d be done.

Amanda: Great crunch. A great taste like something you’d get at the fair — that fried-sweet taste. Could have been chocolatey-er.

Tellier: The first thing I wrote was “heaven.” It’s visually appealing. It looks like a donut you want to pick up and eat over and over again. Wow.

Kristin: This chocolate is strong and dark with a little nutmeg or allspice aftertaste.

Jen: This chocolate donut is super-sweet and I really like the crunchiness of the glaze.

James: Spectacular. It’s gooey, really chocolatey, maybe a touch too sweet. It’s everything a donut is supposed to be — no compromises here.•