Safe to Swim? When sanitation stations overflow, the CT River flushes the waste away 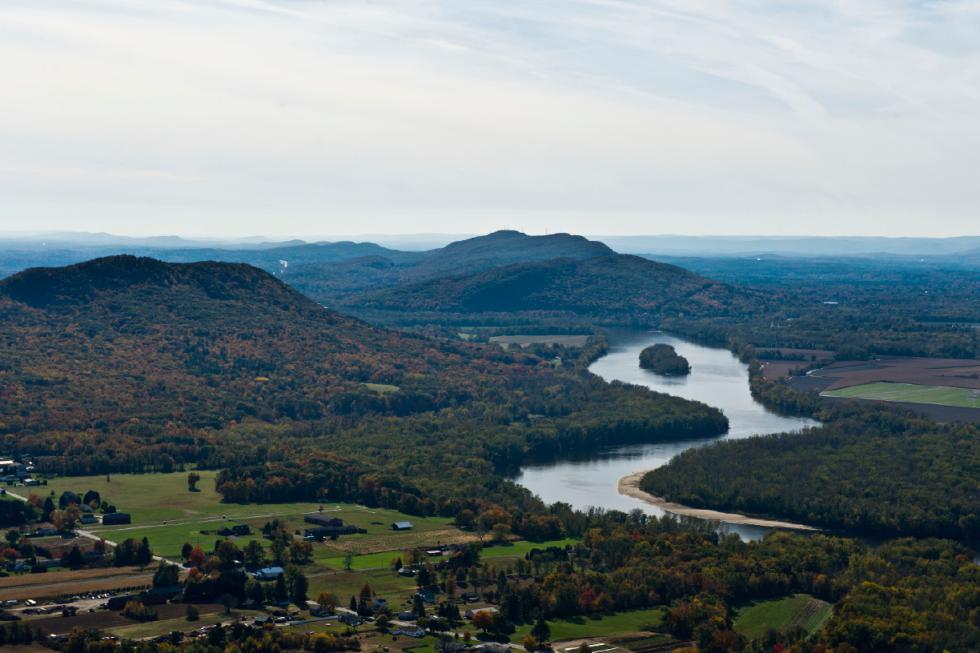 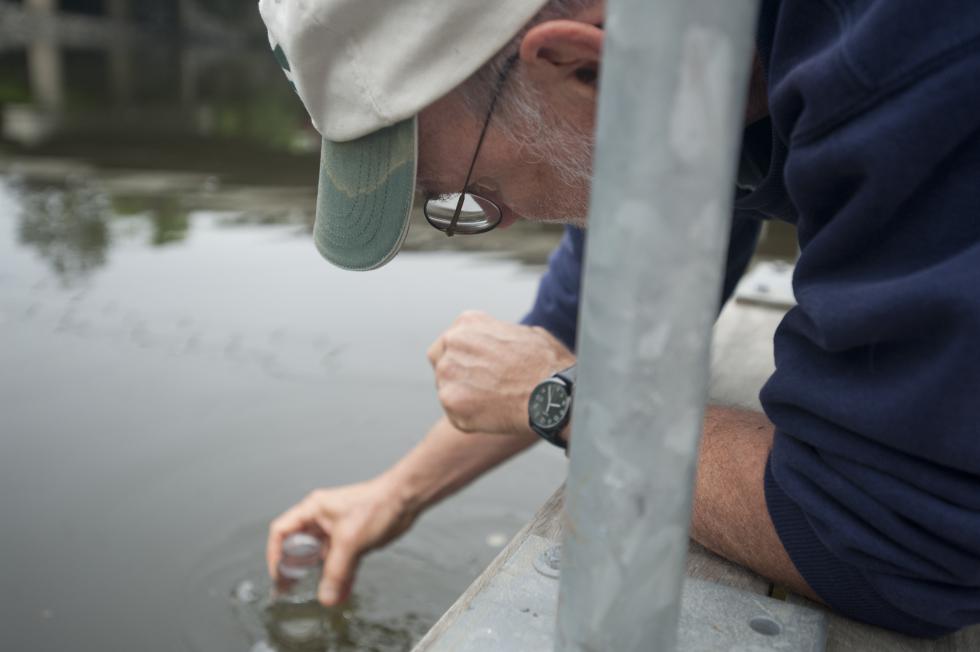 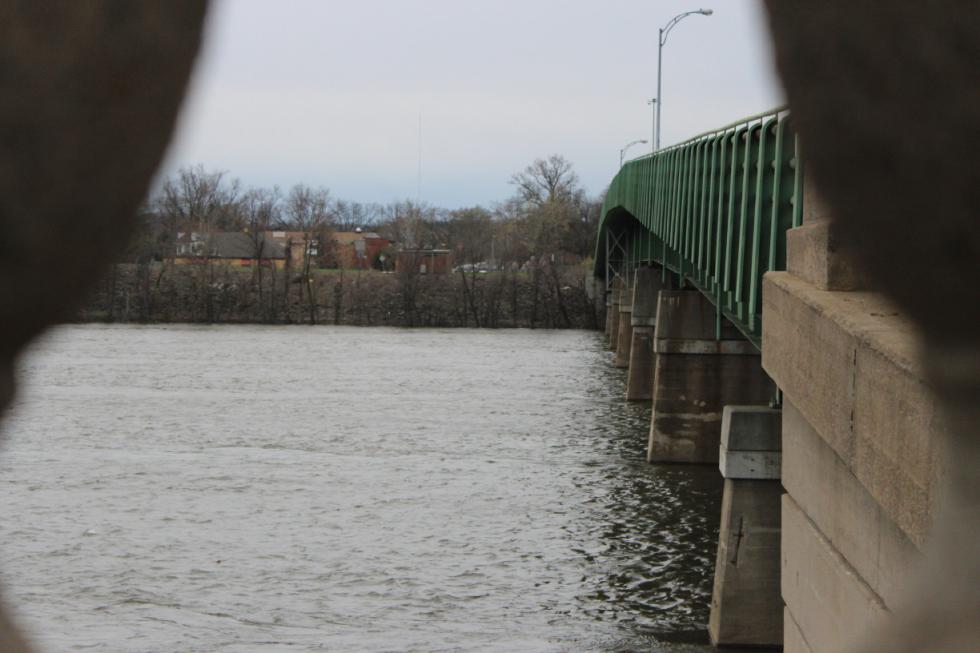 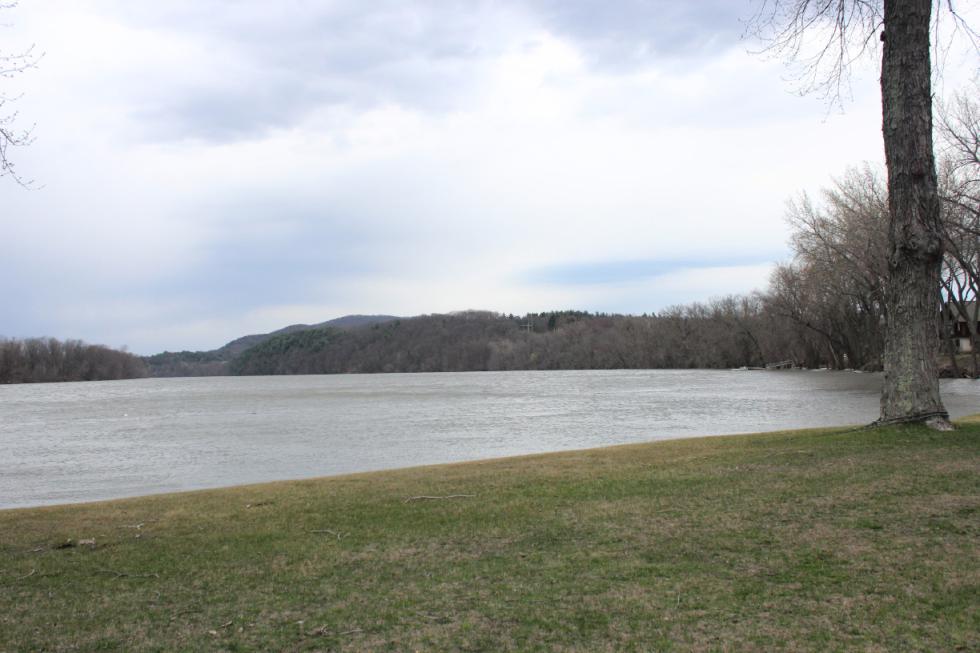 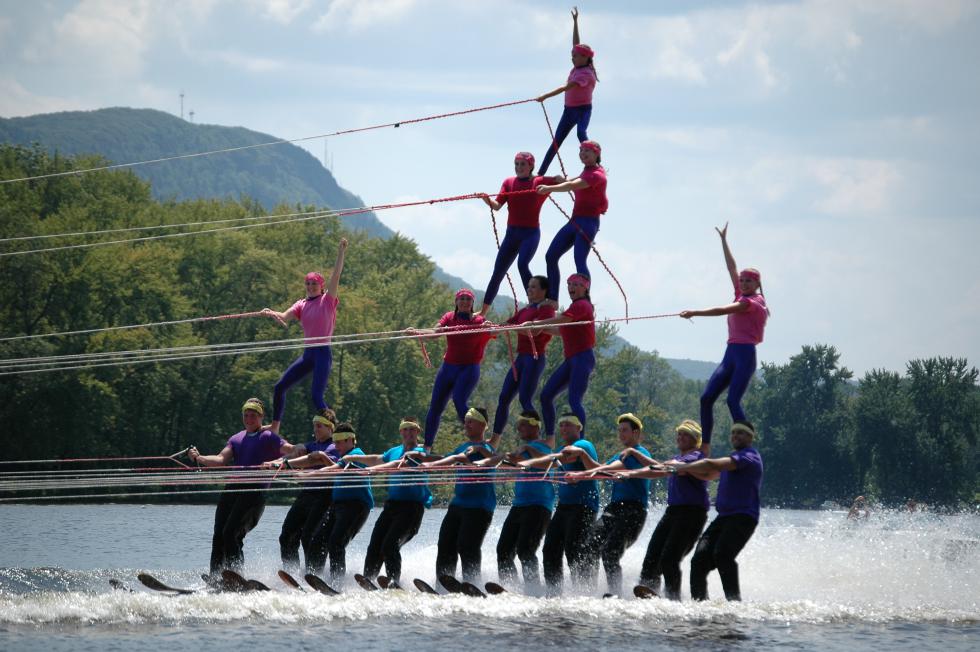 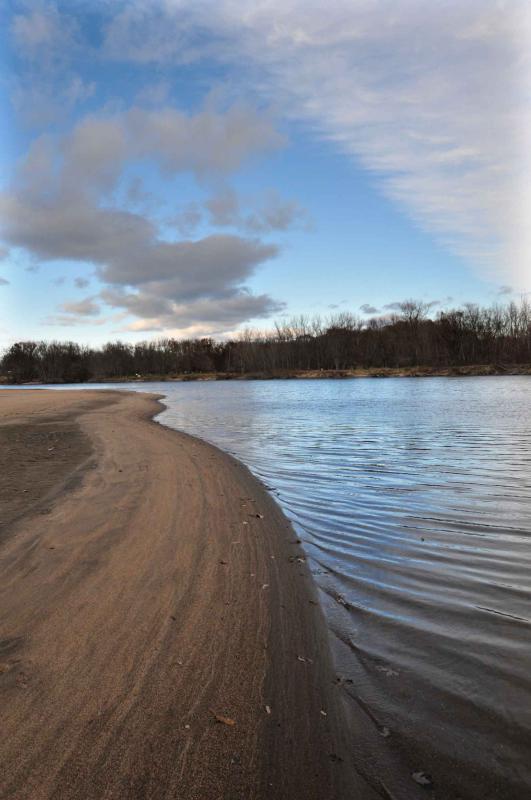 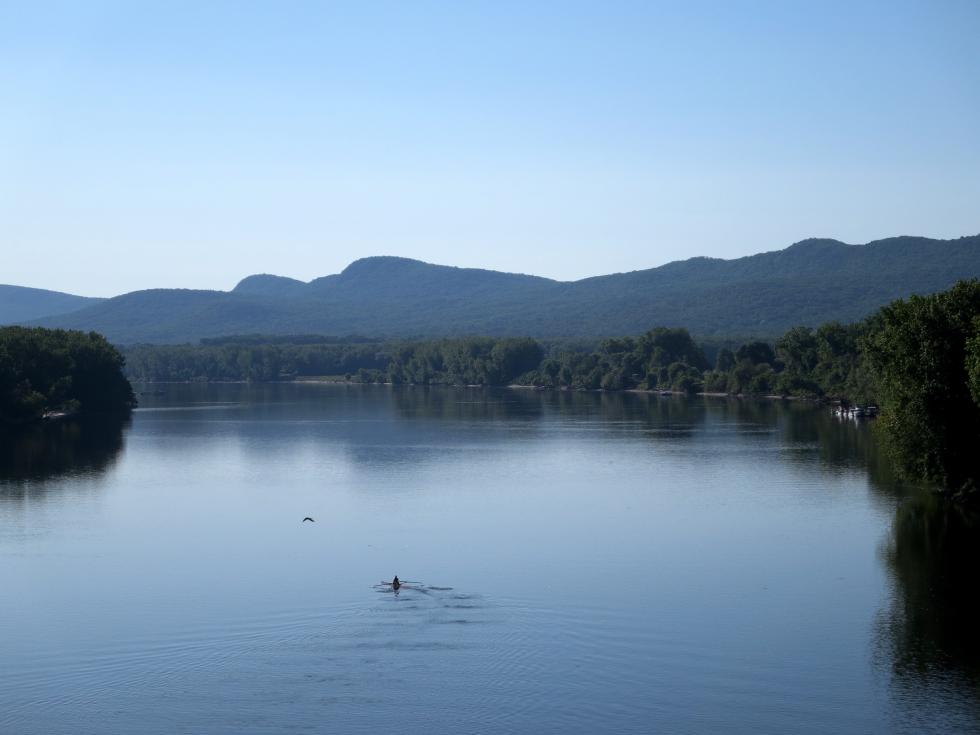 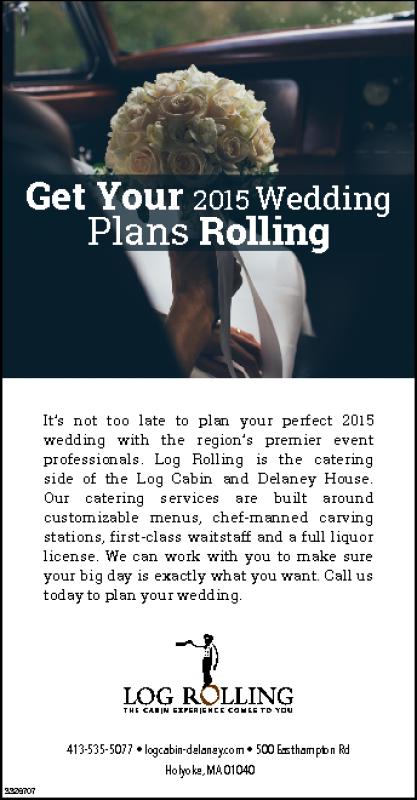 Summer is just around the bend and the Connecticut River — the region’s longest body of running water — remains largely unswimmable due to high levels of fecal bacteria in the water.

The river has come a long way since its days nicknamed “America’s most beautiful sewer,” but considering the Clean Water Act of 1974 demanded the country’s rivers be swimmable, fishable, and boatable by 1984, have we come far enough?

Andrea Donlon, river steward with the Connecticut River Watershed Council, said the Connecticut River faces a number of challenges, but the one that most prevents it from being wholly available for recreational use in the Valley — the presence of harmful coliform bacteria — stems from outdated municipal sewer systems in the area.

Modernized wastewater systems have separate pipes for stormwater and wastewater. Combined sewer systems, like some of the ones along the CT River, however, collect rainwater runoff, domestic sewage, and industrial wastewater into the same pipe, which carries the filthy water to a plant where it is treated. These systems are easily overwhelmed, however, by heavy rains and snowmelt. Such deluge forces wastewater — raw sewage and all — through the pipe and directly into the river before it can be treated.

“Chicopee, Springfield, and Holyoke still have antiquated systems that combine their stormwater and sewer lines,” said Donlon, adding there is also some combined sewer overflow, or CSO, in Montague. “When it rains, that system gets overloaded.

“Every large city in older America is dealing with this. This is not uncommon. The more financially strapped the city is the harder it is to justify spending that money. They’re big systems — [the cities are] working on overhauling them but it’s really expensive.”

According to Environmental Protection Agency guidelines, sewer overflow is “a major water pollution concern” in more than 700 cities in the U.S. So, what’s the hold up? Lack of cash, said Chris Curtis, chief environment and land use planner at the Pioneer Valley Planning Commission. Area towns with aging facilities need to have a separate pipe for human waste to stop the fecal water problem — and that’s an expensive prospect.

“Many of these sewers were built 100 years ago, so basically it involves tearing up the street, replacing the pipes, and putting it all back together again,” Curtis said.

Not only is the project expensive, there’s less government grant money available to help the city out with the overhaul. Curtis and Donlon both refer to dwindling funds in the years since congress banned earmarks. The federal dollars — once earmarked for river cleanup, said Curtis — were delivered through the EPA in the form of grants. The state kicked in some money through a recent environmental bond bill, designating $10 million for Connecticut River cleanup.

“We’re hoping to find a way to get access to those funds,” Curtis said.

But Springfield is chipping away at it. The city has a 30-year-plan to clean up the river and in the past 15 years has spent more than $100 million to improve water quality.

“That’s what we are doing — slowly in pieces over time,” Curtis said. “It’ll probably take us another 20 years to finish the job, realistically. We still have a long way to go until we’re meeting those swimmable, fishable, boatable standards most of the time.”

Though issues remain, the river has come a long way, Curtis said. Curtis has worked on Connecticut River cleanup projects for more than 20 years. “Over that 20-year period we’ve cleaned up the CSO problem by 50 percent,” said Curtis, referencing $18 million in projects working with wastewater treatment plants to reduce effluence along the river. “The number of outfall points have been reduced by 60 percent. You can actually look at the river and see how much cleaner it is. The improvements are both visual and in the numbers.”

While much of the CT River is unswimmable, there are places and times when it’s plenty safe to dive in. To help people understand where and when they can swim, the watershed council and planning commission secured some federal funding to launch the website connecticutriver.us, which uses weekly bacteria-counts from water samples to inform the public whether various locations along the river are clean enough for swimming and boating between May and October. The samples are collected from pre-designated spots along the river by volunteers. The bacteria counts have been available online since 2012.

“It’s an operation we’re trying to keep going without a lot of grant support,” Curtis said of the volunteer-based program.”We’re looking for donations and sponsors.”

As a general rule of thumb, Curtis said, it’s not safe to swim in Chicopee, Springfield, and Holyoke after rainfall, when sewer overflows are most problematic. It generally takes about 24 hours after a rainstorm before it’s safe to swim again, but that timeline can change depending on the size of the storm, he said.

Swimming in an area flagged for high levels of E. coli or fecal matter, can cause “nausea, rashes, breathing problems, diarrhea, or other intestinal problems,” Curtis said.

With regular water sampling being done, experts know just how clean or dirty the Connecticut River is, though Donlon said they still haven’t been able to track the sources of pollution in the most contaminated areas near the North End Bridge in Springfield and Barton’s Cove in Gill.

“Both of those are interesting problem areas in that they’ve been high for a while,” said Curtis, referencing both locations’ high levels of bacterial colony forming units per 100 milliliters or “CFUs.”

Catherine Skiba, a spokesperson for the Western Regional Office of the Massachusetts Department of Environmental Protection, said they have investigated sources of bacterial pollution in the area but none that sheds any light on those specific sites. Though Donlon said most of the bacteria present in the river comes from Valley sewer overflow, flocks of birds and other animals can also deposit bacteria into the waters. Joyce Mulvaney, public communications manager for the Springfield Water and Sewer Commission, said they looked into the area of the North End Bridge and found no problem with city sewage infrastructure.

“The commission has gone and investigated and haven’t found any evidence our infrastructure is involved,” Mulvaney said. “The bacteria may have nothing to do with the CSO.”

Donlon said she attempted some bacterial source tracking at Barton Cove — a recreational hotspot in Franklin County — in 2010, but the results were inconclusive. She even looked into the community’s long-held suspicion that perhaps the cove showed higher bacteria levels because geese tend to flock there, but she doesn’t expect that’s the case, as there would be higher levels in other spots as well, she said.

“It was a complete mystery,” Donlon said, though she hypothesizes the enclosed nature of the cove may trap bacteria in its waters. “Everything else was clean. I went during rain storms. I couldn’t find any implications from the [nearby] emu farm.

“Could people be discharging things from boats? I don’t know.”

Mulvaney said the Springfield Water and Sewer Commission has been working to reduce human waste in their system for about 15 years and has spent over $100 million doing so. She said the city has submitted a comprehensive 30-year plan to the state for review. Kurt Boisjolie, project manager for CSO at the Western Regional Office of the Massachusetts Department of Environmental Protection said Springfield has committed to a 52 percent human waste, or CSOs, discharge reduction by 2020 and is working closely with the EPA.

“That shows the next step Springfield will be taking, which is a major step forward,” said Boisjolie. “It’s a regional approach — we’re looking for all the CSO communities to move forward.”

Boisjolie said Chicopee is in the ongoing process of separating their sewer and stormwater systems. Holyoke, he said, is taking steps to treat the water from their largest problem area before it goes into the river.

Curtis said commission members are doing everything they can with limited funding to help the situation. He said they recently got a $239,000 USDA forest servicing grant for urban tree planting in Springfield, Holyoke, and Chicopee that will help suck up stormwater and lessen the burden on wastewater systems during rainfall.

And things do seem to be getting better.

Shelley Anderson of the Oxbow Marina said they’ve been focused on the river for 49 years and have noticed it get increasingly cleaner. River cleanup remains part of the club’s routine duties, she said, but recreational users are becoming more aware.

“People have become more conscientious,” Anderson said. “The boaters have been great about picking things up that they see.”

Curtis said the river’s progress over the past two decades is undeniable. He said he and the commission have launched $18 million in cleanup efforts that are not only important for the health of the community, but also its economic viability. The Pioneer Valley Riverfront Club in Springfield and Jones Ferry in Holyoke are recreational facilities that are already capitalizing on the river’s cleaner water.