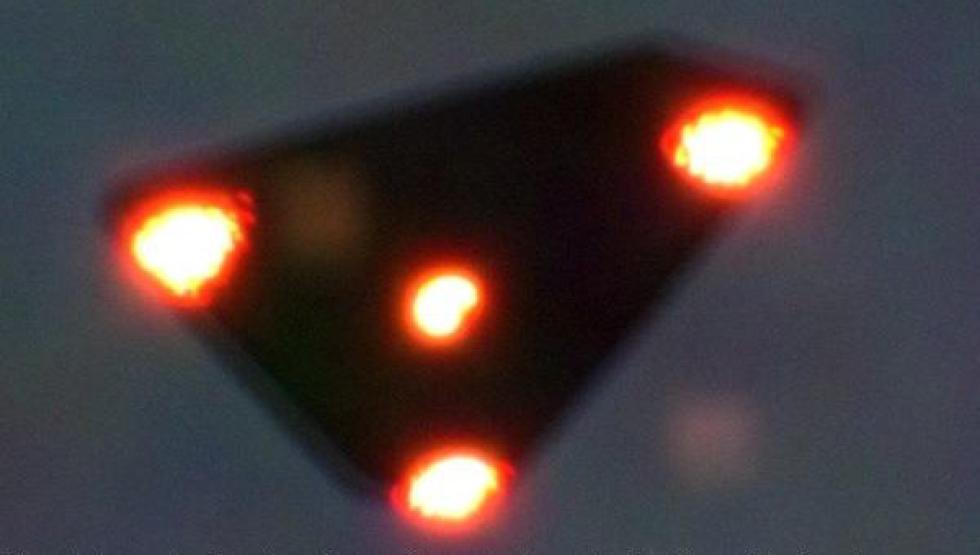 On the evening of March 17, a driver in South Hadley reported seeing a strange triangular craft in the sky with lights on each of its three visible points. After following the craft for a couple of miles, the driver pulled into the Village Commons parking lot and exited the vehicle for a better look. Something was flying slowly and “unlike a common aircraft.” It made no noise. After a moment the triangle “made a complete 180 and started flying [in the] opposite way.”

This account is one of many UFO sightings Western Mass residents have reported to the National UFO Reporting Center, based in Seattle, Washington. Peter Davenport, who directs the center, said the March 17 sighting is among the more interesting recently spotted UFOs in the U.S. Another encounter in the Valley, this time in January, also makes this select list. Someone saw “small, orb-like” lights in the sky near Interstate-91’s exit 16. The observer noted the lights hovered in the air, moving from left to right. They “flashed in alternating red and green.”

“I think we’re dealing with the most important scientific question ever faced by man — the question of whether we’re alone in this galaxy,” Davenport says.

According to the registry, UFOs have visited the Happy Valley since at least the ’50s. Since January 2014 alone, there have been more than 25 local UFO sightings reported to the registry. There was even a sighting that drew national attention. The Valley was awestruck during the winter of 2013 when dozens of people reported seeing a silent, low-flying triangular craft.

Lt. Col. James Bishop of Westover Air Reserve Base in Chicopee usually gets a call when something peculiar is spotted in the sky. He says given the right angle the C-5, a common military cargo plane, can appear triangular at night and is likely being occassionally confused with a UFO. For Westover, Tuesdays and Thursdays are flying days. While the C-5 may sometimes look like a lighted triangle in the sky, it doesn’t have the quiet quality often associated with UFOs. The C-5 is “quite loud,” he says.

“Maybe it looks triangular — maybe it did to that person,” says Bishop. “Maybe it’s something else altogether.”

Davenport says most of the reports in the database come from calls to the center’s hotline. While interacting with callers, Davenport — who constitutes the center’s one-man staff — vets their reports of flying objects, highlighting those that appear genuine and authentically unidentifiable.

“Usually people want to talk to people immediately after they see a UFO,” Davenport says. “I’ll listen and try to determine whether there could be merit or whether they’re looking at Venus.”

Davenport says there’s no shortage of prank callers, but that after 20-plus years, he’s learned to weed them out.

Members of the press call Davenport wanting to know about sightings in their own corner of the country, he says, yet to look at the results collectively, as he does, is life-altering.

“It has completely reinvented my perception of reality,” Davenport says.

“We’re being visited by UFOs on a daily basis, by my account, and that’s a pretty revolutionary discovery, don’t you think?”•