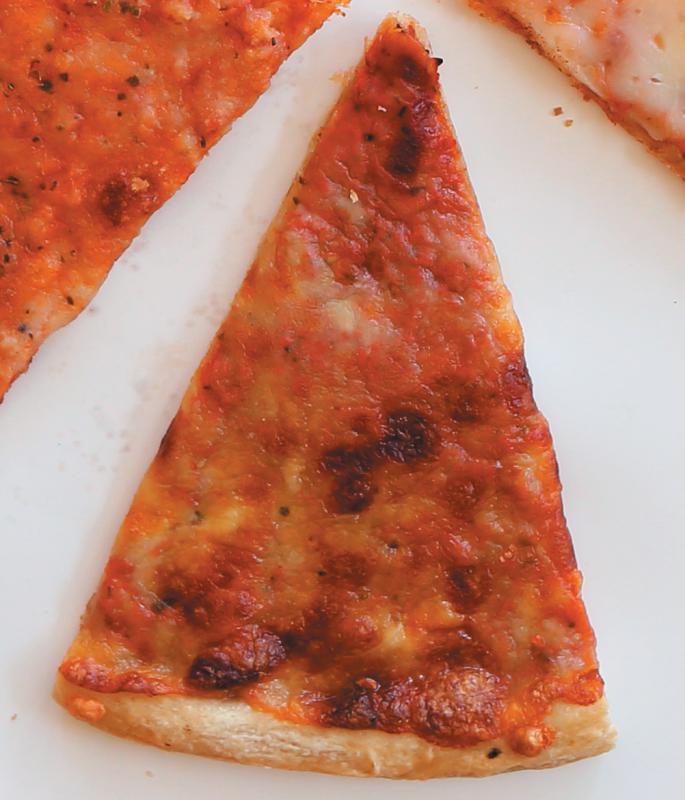 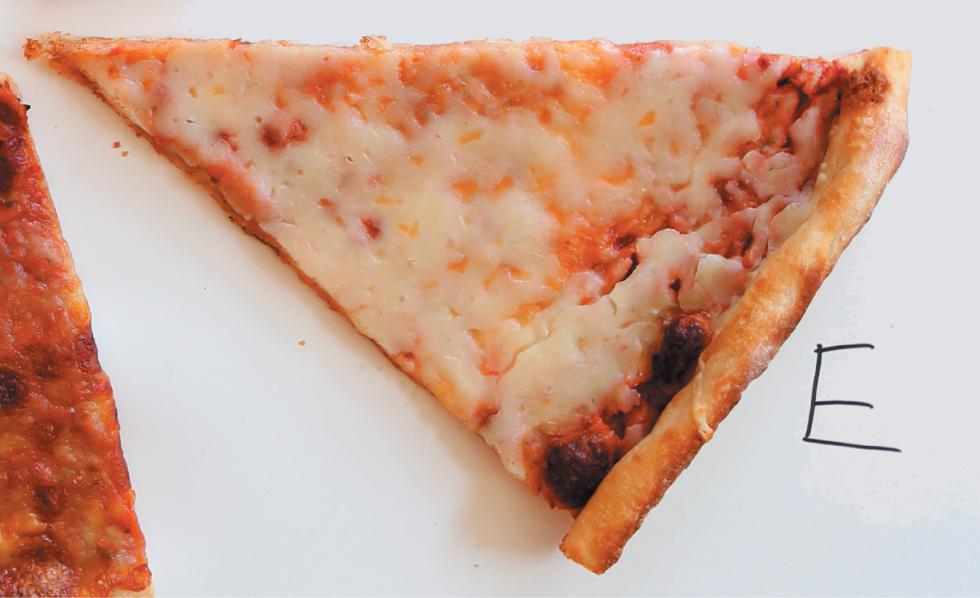 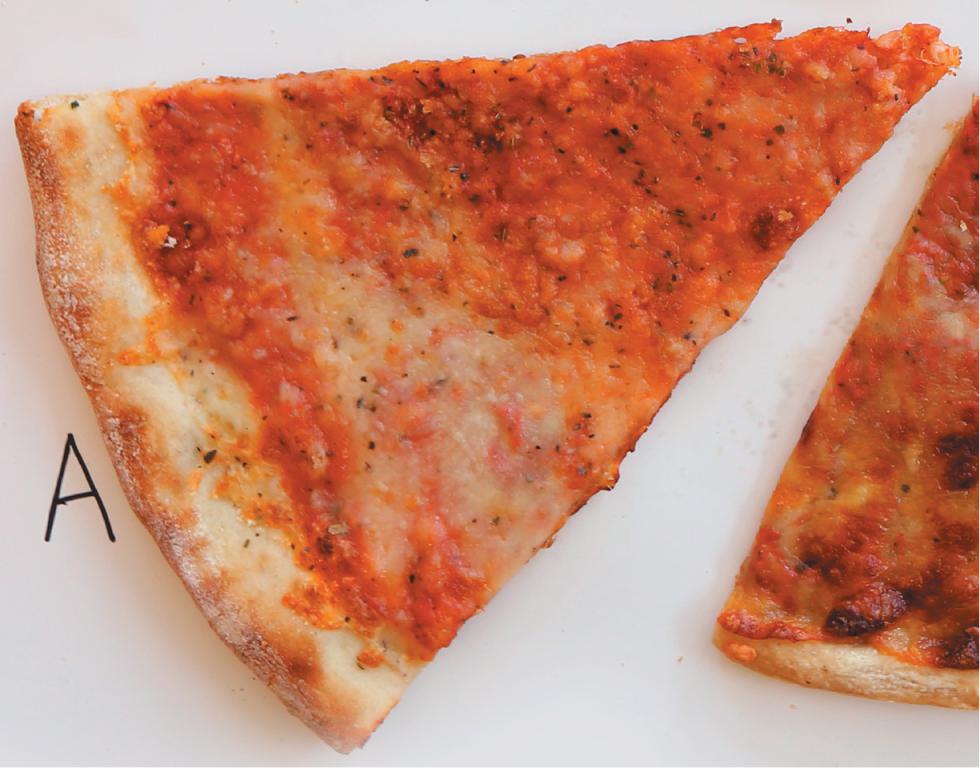 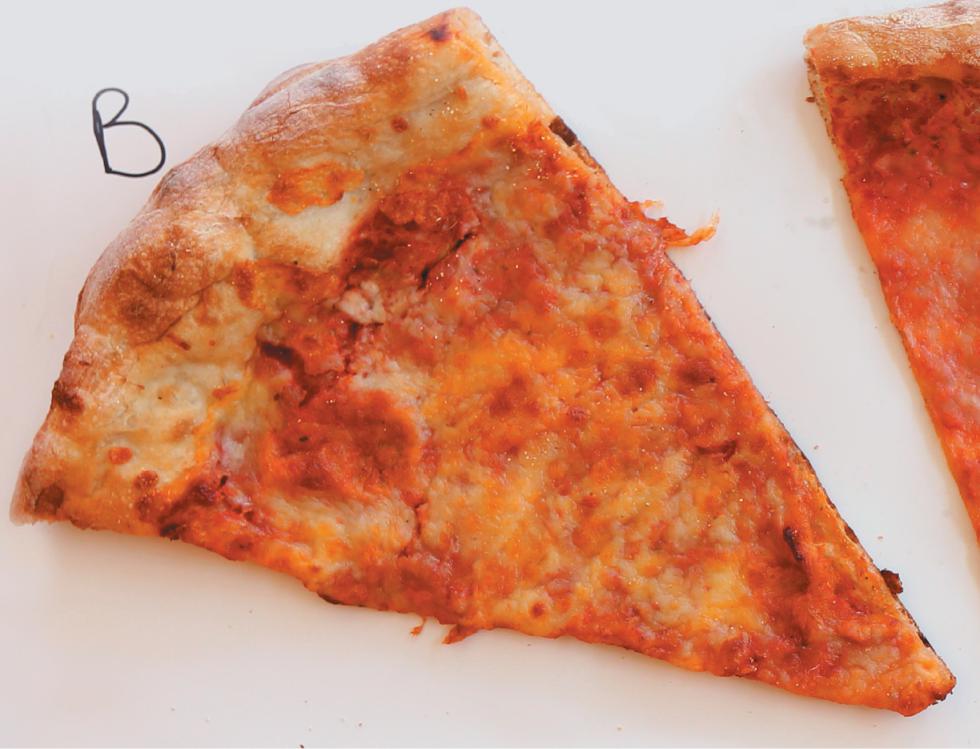 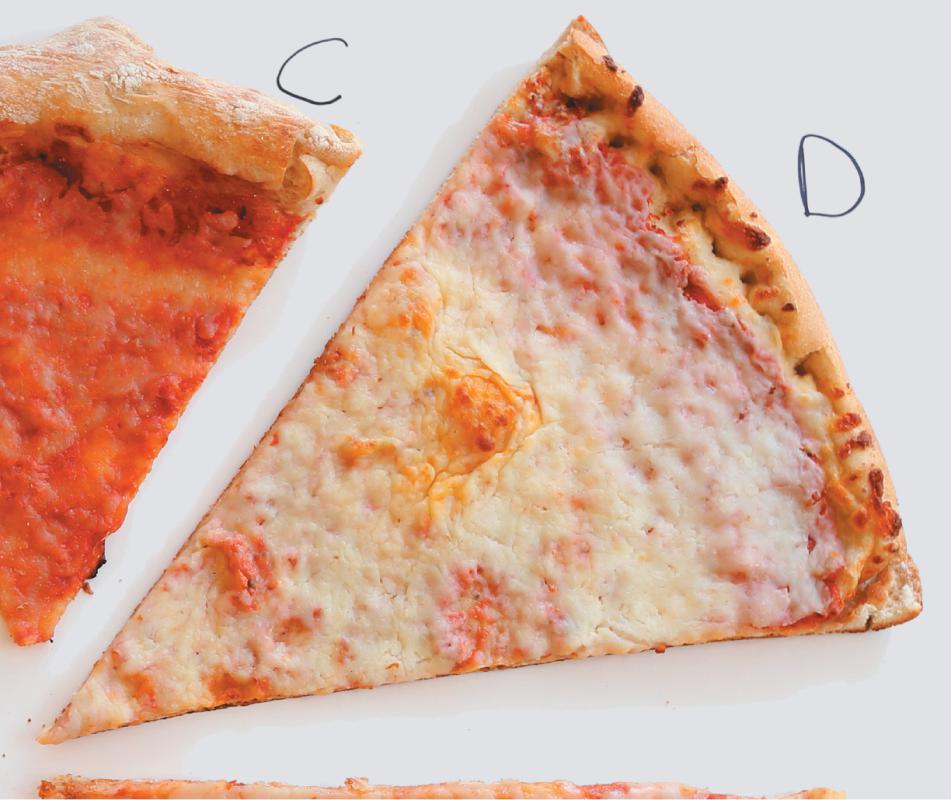 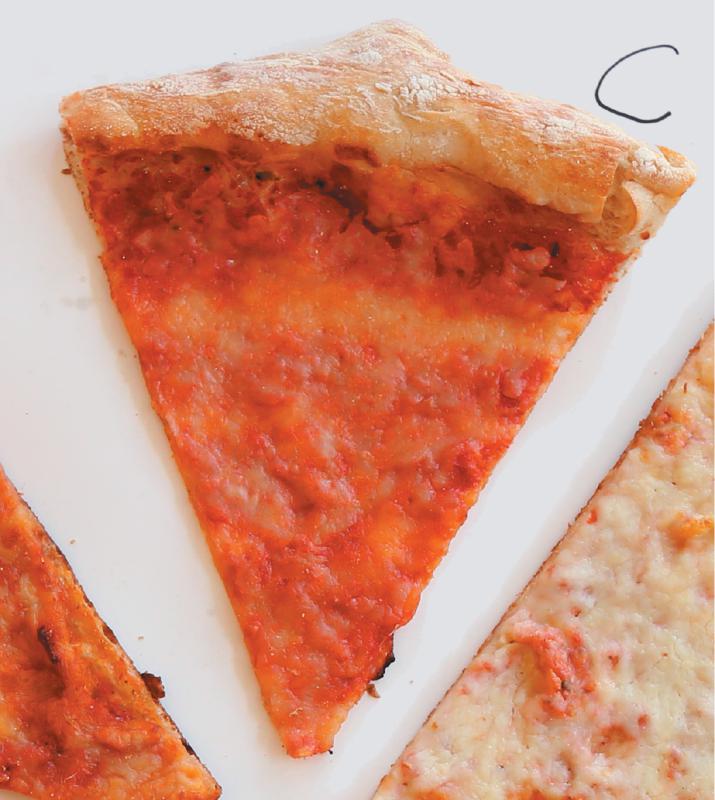 It’s a tough job, but someone’s gotta bloat their bellies with massive amounts of pizza to find the best slice in the Valley.

This week we bring you Part 2 of our Slice Showdown and we tasted Springfield pies. Limiting our pizza to slices only, we hit the streets. And we were apparently feeling nostalgic on this taste-testing day. Editor Kristin Palpini said the slice from Siano’s was good break-up comfort-food reminiscent of rainy days and Cindy Lauper’s “Time After Time.” The classic tune about everyone’s ex sweetheart transported us all back to our high school days and, inevitably, prom. This Taste-Off! is laced with lost love and teenage hijinks. Springfield, what are you putting in your pizza? Don’t stop.

We decided plain cheese slices would allow us to truly decipher which slice was the queen of the pizza promenade — like I said, we had prom on the brain. Here, stripped down to its original form, we can see real pizza craftsmanship at work — crust, sauce, and cheese. Taking some tips from Springfield pizza-eaters, we landed on six slice-offering pizza joints: MJ’s Pizza, Paramount, Peppa’s, Primo’s, Siano’s, and Tony’s.

In the first round, we sampled Northampton pies and Pinocchio’s came out on top. In future installments of the Slice Showdown, we’ll taste pies from other Valley locations. After we’ve tried pizza from most of the places in the Valley, we’ll close the box on our taste challenge with a match-up of the big winners from each location. At the end, we’ll have at least some notion of what’s the best slice in the Valley.

Tasters for this showdown were staff writers Amanda Drane and Hunter Styles, editors Kristin Palpini and James Heflin, and guest judge Hits 94.3 DJ Trumpy. We came to terms with each slice using a scale of 1 (yuck) to 5 (yum), though it’s clear we may never come to terms with our high school proms.

Amanda: The sauce is super peppery.

Trumpy: I think that should be taken back to the skating rink it came from.

James: There’s not a lot of anything going on, besides it being overcooked.

Trumpy: I just ate a pretty good version of cheesy garlic bread, and that’s not this contest.

Hunter: The fact that there’s garlic going on in this one — props. But it doesn’t go the distance with overall flavor.

James: The garlic was nice, but it lacked pizzaness. It was like cheesy garlic bread.

Kristin: This pizza made me angry. It had gritty sauce, gritty cheese — like, what’s rolling around in my mouth?

Amanda: The sauce needs flavor — it tastes like the sauce that used to come in my Lunchables pizza packages. Crust was fluffy and boring.

Kristin: I loved the crust, so I was very disappointed this flavorless pizza came on top of the awesome crust.

James: It only had the cheese going on.

Hunter: This pizza is borderline unforgivable. It was like tomato-dusted cheesy bread.

Trumpy: This pizza took me right back to a childhood party for my 10th birthday — that I never had. I just wanted pizza, dammit!

Amanda: Good sauce, good flavor, though I want a little more crisp and the crust is a tad dry.

Kristin: Chewy, saucy, herby. The crust was my favorite because you could really rip into it.

James: I got this massive blast of something I couldn’t place. The cheese balance was good.

Hunter: Sturdy, reliable, with a cheese-sauce slow dance going on in my mouth — a little Mariah Carey moment.

Trumpy: It’s chewy — not really in a positive way.

Amanda: It’s good — I like the texture. It’s crisp and the crust is buttery like a Pillsbury roll.

Hunter: It had an appealing grease factor

James: The sauce and cheese are good, but they didn’t dance together that well. For me, this slice wouldn’t be the prom queen, but it’d be a member of the court.

Kristin: This is break-up pizza — the kind of pizza you eat on a rainy day, listening to Cindy Lauper’s “Time After Time.”

Amanda: There’s a smokey-ness, which is yummy.

Kristin: Was that nutmeg?

James: Bold. The cheese could have been melted longer.

Hunter: I have very confusing feelings about this pizza. I don’t think it’s great pizza, but I appreciate the sense of sureness. It looks like it was hand-melted in the sun. It brought me back to eating French bread pizza in the cafeteria.

Trumpy: It intrigued me; my curiosity was piqued. It made me want to come back for more.•