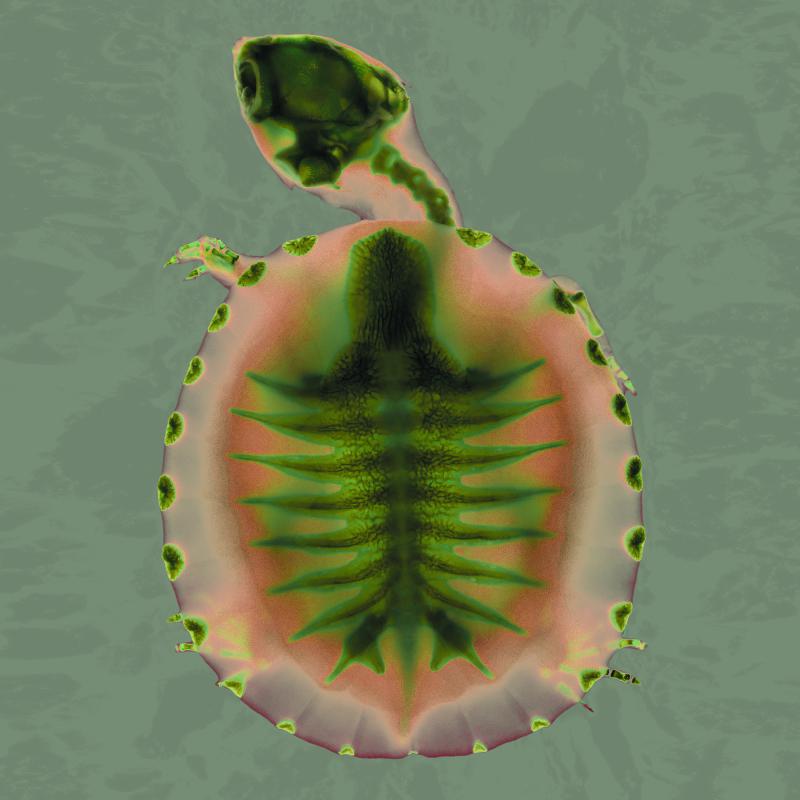 Behind the scenes at the Wistariahurst Museum in Holyoke in the 1990s, Stephen Petegorsky made a delightful discovery: “hundreds of taxidermed animal specimens — most of them really ratty — stuffed in a storage closet.” He borrowed some stuffed animals for photo shoots, and used front screen projections to set the tattered taxidermed birds and mammals against evocative background scenes.
Titles like “Fish,” “Bat,” and “Baby Crocodile” reveal the animal sources of Petegorsky’s inkjet prints, but works in his most recent series span categories to stake out the intriguing territory between taxonomies. “Animal” in origin, the artwork begins with slices of scientific specimens of land and sea creatures — which Petegorsky photographs and then Photoshops. “Vegetable” comes with extreme close-ups and dramatic cropping that reframe the original specimens as organic landscape forms. And “Mineral” enters into the chemical process called “staining and clearing” that renders tissue transparent while leaving bones and cartilage opaque.
Petegorsky now lives in Florence, but as a child growing up in New York City, he loved going to the Central Park Zoo, although, he admits, “it was sometimes depressing, because it was like looking at animals in jail.” He was also fascinated by the dioramas at the Museum of Natural History. The combination of three-dimensional taxidermy animals and two-dimensional painted backgrounds raised questions of what was real and what was not. “I was truly mesmerized,” he says.

You can check out Petegorsky’s unusual work at his website, sppphoto.com, or further afield in the exhibition River Crossings: Contemporary Art Comes Home, through Nov. 1 at the Thomas Cole National Historic Site in Catskill, N.Y., thomascole.org.
— Laura Holland