Vegetable Valley: Columnist and author Claire Hopley on what to do with all those local veggies 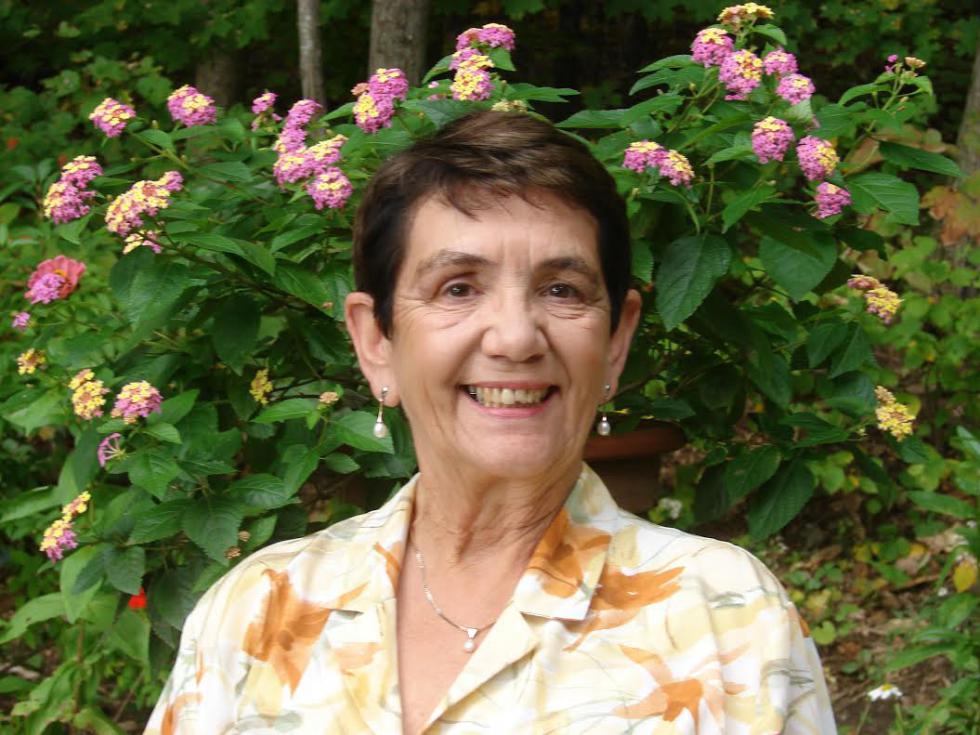 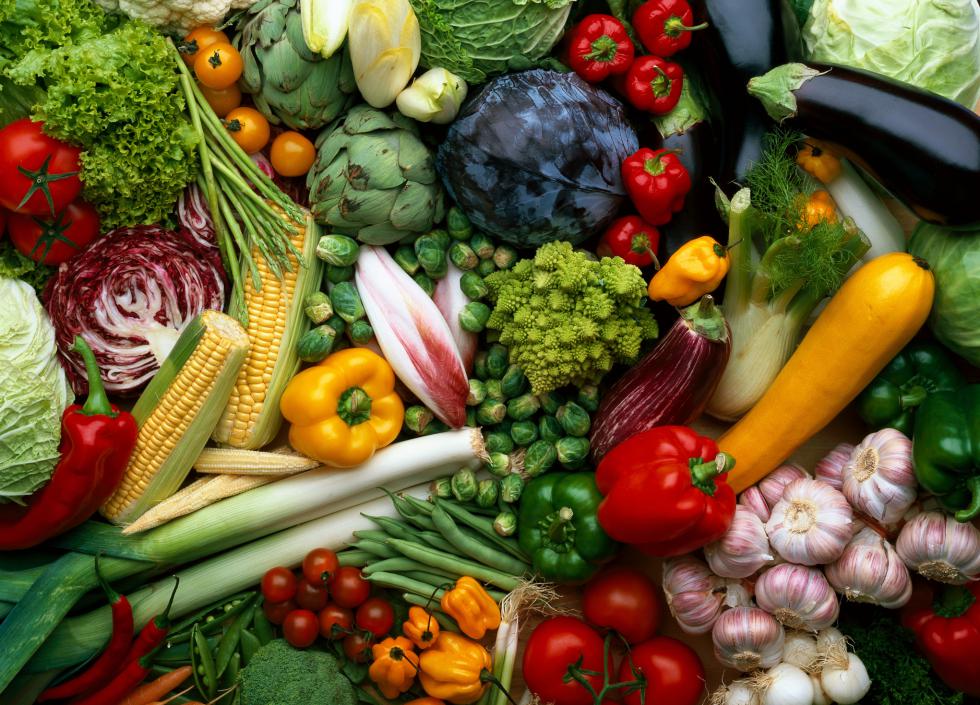 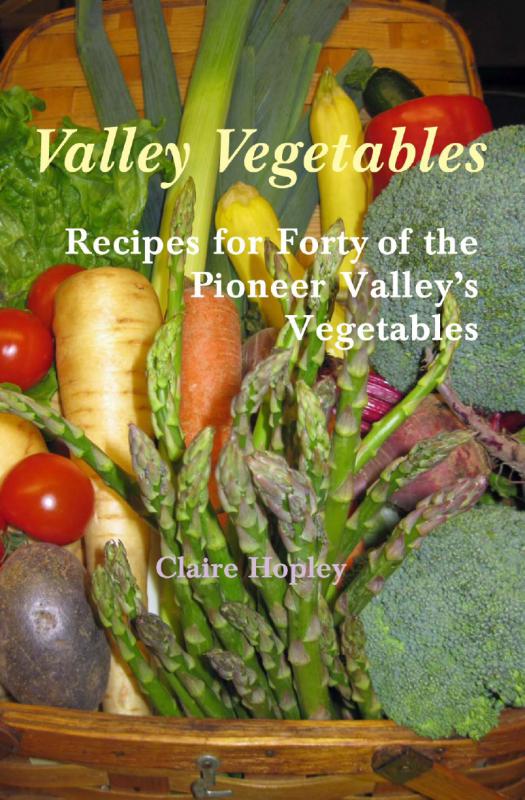 Many of us have faced an inevitable problem. You bring in the bounty of a farm share. You’ve done the right thing, aided the local economy and your health. You should feel proud — your counter is jammed to capacity with celeriac, beets, radishes, carrots, and a wagonload of kale. But it’s a quiet little secret that, at this point, those of us who don’t do things like knit our own leg warmers or whip up four-course meals in minutes often feel stuck. What exactly do you do with all this stuff?

Sure, there are recipes and suggestions at-hand, most of them having to do with stir-fry. But there’s only so much stir-fry anybody can ingest in a season. What we all need is a helping hand from somebody who really knows her produce.

Readers of the Amherst Bulletin (and sometimes the Daily Hampshire Gazette) get an extra measure of help from Claire Hopley, who writes the Table Talk feature. For the rest of the Valley, her advice and recipes have been available in book form since 2012, when Levellers Press published Valley Vegetables: Recipes for Forty of the Pioneer Valley’s Vegetables. These days, Hopley, a British transplant and longtime Valley resident, is busy putting together a second volume, due out next spring. We checked in with her to get a primer on the bounty of our fertile region.

Advocate: What are the workhorses, the staple crops in the Valley?

Claire Hopley: I might answer this differently from a person who’s primarily a cook — they might point out things like onions, potatoes, cabbages, and corn. From the point of view of people who like to eat, there’s a whole series of crops that begin with asparagus in May, then rhubarb, strawberries, on to Swiss chard and kale. One of the interesting things about Valley crops is that they’re not, from this point of view, very special. Some farmers are growing corn, some wine grapes, but almost everything is being grown. For a lot of people tomatoes are a major thing. There are people who belong to CSAs who are just waiting for an enormous crop of tomatoes.

Not in turns of canning, of having rows and rows of bottles in the basement. I think people are preserving things by freezing them. My husband has been picking raspberries and putting them in thte freezer. You just put them in bags in the freezer, simple as that. Some people make jams, pickles, and chutney is becoming more common in America, or reappearing here.

Where did chutney come from?

Chutney is a Hindi word. It exists in India — there are a bunch of chutneys there, but they’re sometimes quite different from what I mean. Chutney moved from India to England during British rule, and it also moved to America. In England, it became a sort of sweet/sour relish. There’s a lot of something to preserve, usually vinegar, but also a lot of sugar, dried fruit, and so on. It was designed by British cooks to be something you can make easily that has a lot of preservative in the form of vinegar and sugar. Over time it’s moved and taken on new form, and it’s coming back in America partly because chefs have started making it.

Are there vegetables that are often overlooked or under-used?

There’s an American native, the Jerusalem artichoke. The first mention by a European was by Samuel Champlain — he found them, actually, on Cape Cod. They grow very easily, and can take over a garden. You harvest them in November, and they look like pieces of ginger. You can wash them and boil them like potatoes, and they do have a slight artichoke-y flavor.

Also sorrel — sometimes you see that in farmers’ markets. It’s a little like rhubarb, with that same sour taste —it’s got an acid in it. You wouldn’t want a plate of sorrel because it’s so sour. But sorrel soup is really tasty. You can mix it with peas to make soup.

So what do you do with all that inevitable kale?

It has been a difficult one. I really like Portuguese kale soup with potatoes and sausage. I quite like kale crisps — you usually use the younger, prettier leaves, and put them in a 350-degree oven.

Another thing I do — sometimes with kale, chard, or a mixture — I make meatballs and form it into the meat. At the moment that I’m shaping the meatballs, I get a teaspoonsful of kale in the middle. You can also put small amounts of kale in minestrone or other soup.

There’s been a fantastic fashion for kale in the past couple of years in Britain. Everybody went bananas for it. It goes way back in Britain — in the town I’m from, Chester, there’s a medieval monastery that’s now a cathedral. A wall goes around, and just outside the cathedral wall there’s an area called the kale yards. Kale got ignored for a long time — probably for good reason.

Are there particular cuisines that make the best use of Valley crops?

I don’t myself cook a huge amount of Asian, except for some Indian. But I think that Asian cuisines do a good job of using vegetables. I think in Europe the Italians and Spanish do a good job — as do the Greeks and Turks. The best in the world could well be somebody like the Chinese, because they cut everything up and cook it.

What if you don’t have a lot of time to cook? What can you do with all those bags of produce?

Salads are one easy one. But sometimes I think that vegetables can be a bit time-consuming to cook because you have to peel them and chop them. Let’s say you were making almost any meat — you just throw your steak or chicken in the pan, but now you’ve got to peel your onions or potatoes. So pick the ones that don’t need peeling.

Another thing is to look at the the vegetables that are easy to microwave. Some do microwave easily, things like potatoes and sweet potatoes. I just microwaved some rhubarb, and it worked a treat.

Another way to use lots of vegetables is to make soup — something like minestrone or chicken-vegetable. You can adapt the recipe to pretty much whatever you’ve got.

Do you have favorite Valley crops?

I like raspberries — that’s definitely a favorite. I like all the soft fruits. I love asparagus and maple syrup. I think they ought to class maple syrup as a vegetable — it’s clearly not mineral or animal. But I don’t think most mums would agree about that one. I like tomatoes, summer squash, and yellow squash you can really use a lot of ways.

I’m not keen on kale. I loathe beets.•