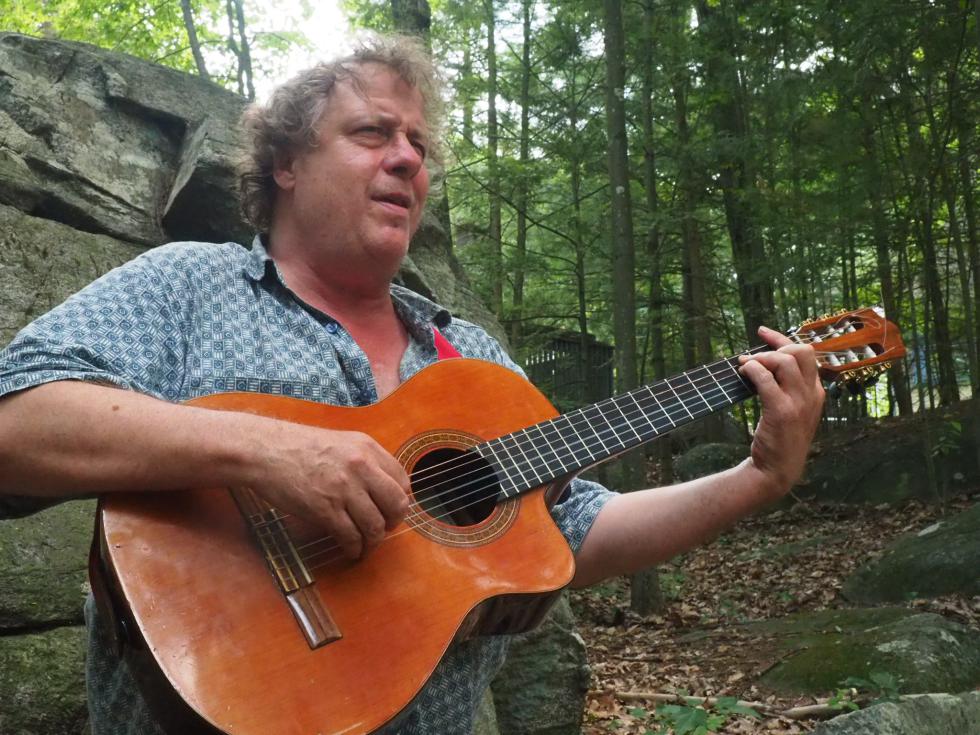 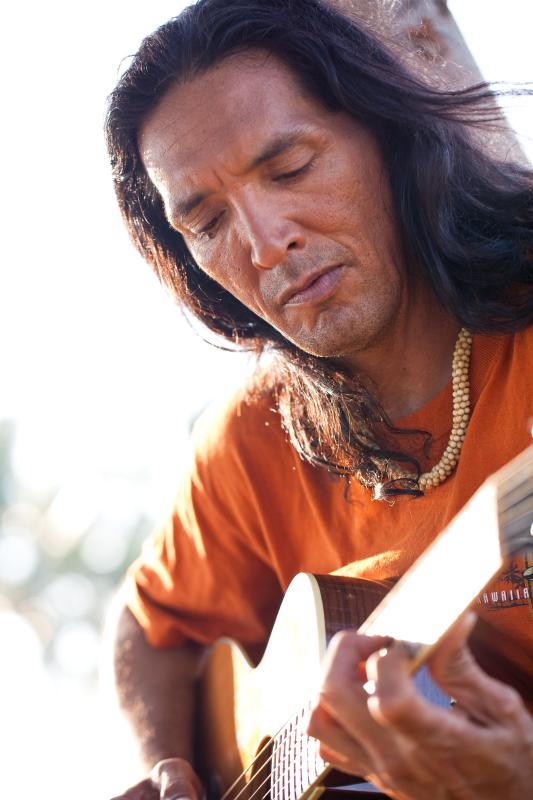 Near the back door of Mark Herschler’s Northampton house and studio sits a group of boulders. “I think there might be Native American spirits in there,” Herschler says with a smile. “I think it’s helping with the recording.”

Sitting inside, we can hear a commotion from other current residents of the large Laurel Park house, mostly from the basement studio. “I’m hoping to repeat the Home for Wayward Musicians idea, like I did in Europe,” he tells me.

He’s referring to the years in the ’90s when he and other musicians from New England and elsewhere came up with a clever way to live and work long-term on the rivers of Europe. “We bought houseboats in Holland, because they were so cheap there. We lived for free for eight years!”

The houseboats became a shelter point for many a wandering musician, and Herschler and company did their share of wandering, too, playing mostly in France, Germany, and Switzerland. The loosely formed group was dubbed the Lost Wandering Blues and Jazz Band, and among the musicians who spent time with the wanderers, Herschler explains, were Joan Osborne, and, for a long time, Madeleine Peyroux. The band performed mostly material from the 1920s and ’30s, musical ground that still influences Herschler’s playing and writing.

After his time in Europe, Herschler remained active musically, and lived in the Valley and upstate New York. Among his projects was Broque, a duo with then-Valley resident Gideon Freudmann, a cellist. The duo played primarily the music of Bach, and that brand of classical playing is often evident in Herschler’s guitar work, too.

Herschler wasn’t sure what was coming next, but opportunity came knocking a few years ago in the form of John Cruz, a Valley-related success story who once played in The Herschler Brothers with Mark and brother Matt Herschler as well as the Martha’s Vineyard-based Entrain. Cruz attended UMass Amherst in the ’80s, and even now frequents the Valley. But after a dozen-year East Coast stint, Cruz returned to live in Hawaii. There he became a prominent musician — his song “Island Style” became a long-term hit, and in 2006, he was the subject of a documentary called Made of Music.

It turned out that the late 2000s were a slow time for both musicians. “I think it was five years ago,” Cruz says, “Mark was going through a serious drought in the songwriting department. Me also.”

Cruz took matters into his own hands. “He found me living in the sticks in upstate New York,” Herschler says.

“One winter I just came up, with the purpose of snapping both of us out of this thing,” Cruz says. “We worked for seven days straight, but nothing was happening. But then, the morning of the last day, that changed.”

The seven days, Cruz says, produced around six songs. The collaboration between the two has continued with a vengeance ever since.

“I think I sort of found intuition with him,” Herschler says. In the liner notes to his new album Don’t Let Go, he puts it this way, offering thanks to Cruz for “showing up at my doorstep in the middle of Bum-funk, N.Y. to help heal my broken mind and get me back into songwriting.”

Now Cruz and Herschler work together often, and their common ground is usually Herschler’s basement, the recording studio he’s dubbed Lil Shack. Cruz is not soft-spoken in his praise for Herschler’s musical talent. That talent, Cruz says, is distinguished by “his passion. It’s also informed by a broad range of musical styles and an expertise in a few styles that I don’t have much history with. I love that, and I get that through him.”

Prominent among the styles Herschler has expertise in are classical and flamenco (something that’s evident as well through Herschler’s choice of a nylon-string guitar, an unusual one in most every other style). “He’s managed to take techniques from both [classical and flamenco] and fuse them into his playing, as well as blues, pop, and rock, and bring it into a place where they just collide in a beautifiul way,” Cruz says.

On Aug. 1, Cruz and Herschler bring their powerful collaboration to the stage at the Academy of Music in Northampton, playing solo and together. Both musicians have been working on new albums, and the Academy gig will largely be in celebration of Herschler’s now-complete album.

The material on Don’t Let Go is but the tip of the iceberg — largely with Cruz’ encouragement and sometimes in direct collaboration, Herschler has produced a boatload of tunes in an effort to get on the map as a songwriter, whether he’s performing those songs or putting them in others’ hands. One of those collaborative tunes, “Little Bit of Love,” ended up as a duo performance by Jack Johnson and Cruz.

The songs on Don’t Let Go are less a united group of tunes than a folk-rock centric musical tour — a sort of “musical graduate school,” Herschler says — with stops for all sorts of styles and grooves, from African to Caribbean to blues. If they are united, it’s by a couple of recurring factors: Herschler’s pleasantly rough vocal style, and the consistent stylings of a long list of local musical collaborators, including (among others) guitarist Joe Boyle, drummer Lincoln Hubley, and bassist Peter Kim. There’s a solidity to the album, an unimpeachable sense of musical ease and know-how. It makes sense to Cruz, who unreservedly declares Herschler a musical genius.

Herschler, for his part, may have found himself a bit lost and wandering, but it’s clear that he’s back. Guitar in hand, he’s excited by his ability to tap into a deep well of songwriting ideas. He jumps from one new tune to another, delivering them all with an urgent gaze and a steady hand. The soft-spoken and beautifully delivered music echoes through the trees in Laurel Park as he plays, standing beside those imposing backyard boulders.•