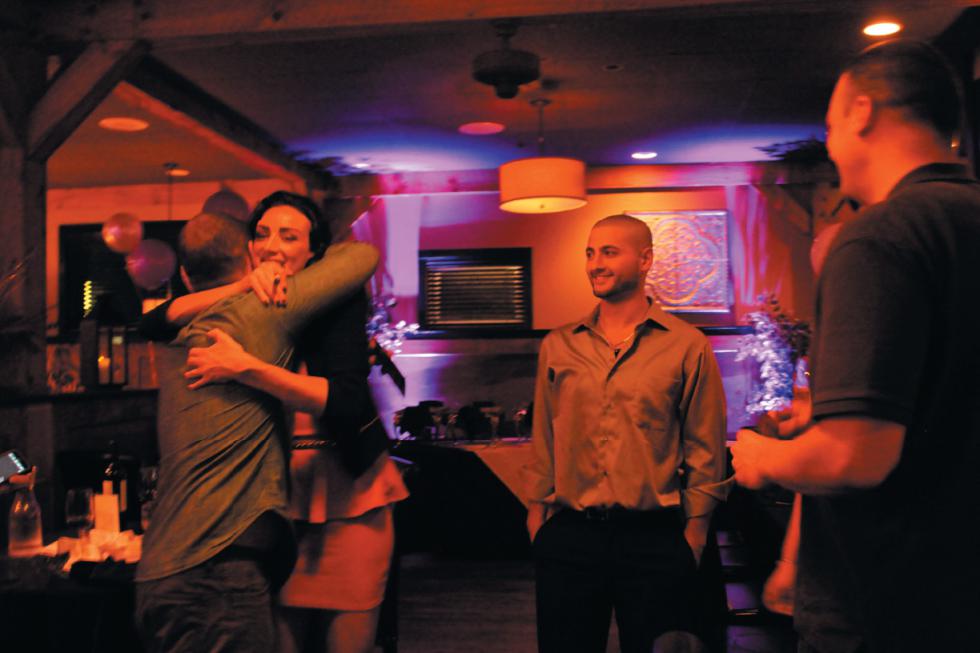 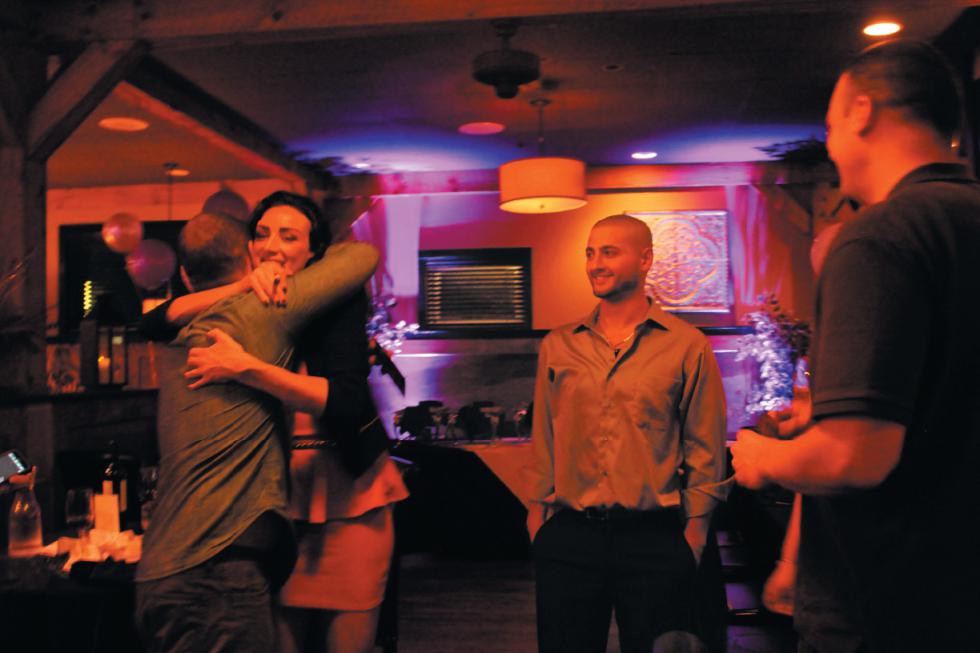 Kelly Dempsey, 31, originally hails from Monson and now she’s on the latest season of Project Runway, which premiered last Thursday. At the packed Pasquale’s Restaurant in East Longmeadow last Thursday, Dempsey’s friends, relatives, acquaintances, and some fond strangers gathered for a premiere party.

Though she handled it as if she had always been a star, Dempsey couldn’t travel two feet without the celebrity treatment.

“Ohhhh my God! I haven’t seen you since you were little! Congratulations!” Dempsey deflects prying questions about how many episodes she’s filmed and how far along she is.

“I disappeared and then the cast was announced a month later,” says Dempsey, adding that she wasn’t even allowed to bring her cell phone with her during filming. “It was kind of good — there were no distractions.” A 20-something in high-heels and a stylish magenta dress comes flying in and cannot contain herself.

“Oh, my God this is the hottest dress ever!” she says and promptly gives Dempsey a tight squeeze. That’s my best friend, Dempsey informs me.

Dempsey’s attention is so in-demand, I can barely get a few words with her without people interjecting to give her a hug or ask for her autograph.

“You probably don’t remember me,” says one woman as she shyly approaches. “From the salon?”

“Oh, yeah,” Dempsey says, with a tone that implies she does not remember. And you can’t blame her — the perpetually packed restaurant is hosting a lot of curious people, many of whom she hasn’t seen in years, if ever. Dempsey, 31, is from Hampden County and used to work at Pasquale’s, but has lived in Boston for about 10 years.

“We were always saying, ‘Kelly! You should be on a reality show,’” says longtime acquaintance Nicole West, 27, of Springfield. “I knew she’d be the one to watch.”

Everyone in the crowded restaurant is engrossed with all things Kelly Dempsey, save for a gaggle of guys in the back corner of the bar area glued to the Red Sox-Yankees game.

Bridget Frogameni — Dempsey’s cousin — is one of the restaurant managers. “We just love her,” says Frogameni. “She’s our doll.” Shortly before 9 p.m. Frogameni begins yelling in the middle of the bustling dining room. “All right, all right! You have about five minutes and then you all have to shut up while we watch the show! Because that’s why we’re all here!”

The show starts and the crowd cheers. Even though it’s difficult to hear the audio, all eyes are on the screen. The subtitles are running along the bottom of the screen. In the opening scene, the contestants are tasked with racing each other up stadium bleachers to scoop up materials for their first project.

“I have crazy long legs and I used to play track, so …” the on-screen Dempsey says with an attitude of complete confidence. The entire room laughs and whispers of “That’s so Kelly” fill the room.
Dempsey’s standout personality requires a swift introduction. She tells viewers that she’s been designing her own clothes since she was 7 years old, that her family was poor growing up and relied on hand-me-downs. Dempsey recalls being distressed that the former owners of her clothing were recognizing them, so she began cutting them up and changing them so they couldn’t be picked out as secondhand.

Until the crowd learns their girl is safe from elimination, the room is motionless, save for the dozens of swaying balloons.

I catch Frogameni looking at Dempsey with love in her eyes — not that it’s hard to catch, because she’s been doing it all night.

“We used to lie on the couch watching Project Runway — she used to live with me — and I’d say one day you’ll be on the show,” Frogameni says. “This is the most exciting thing that’s ever happened to us.”•