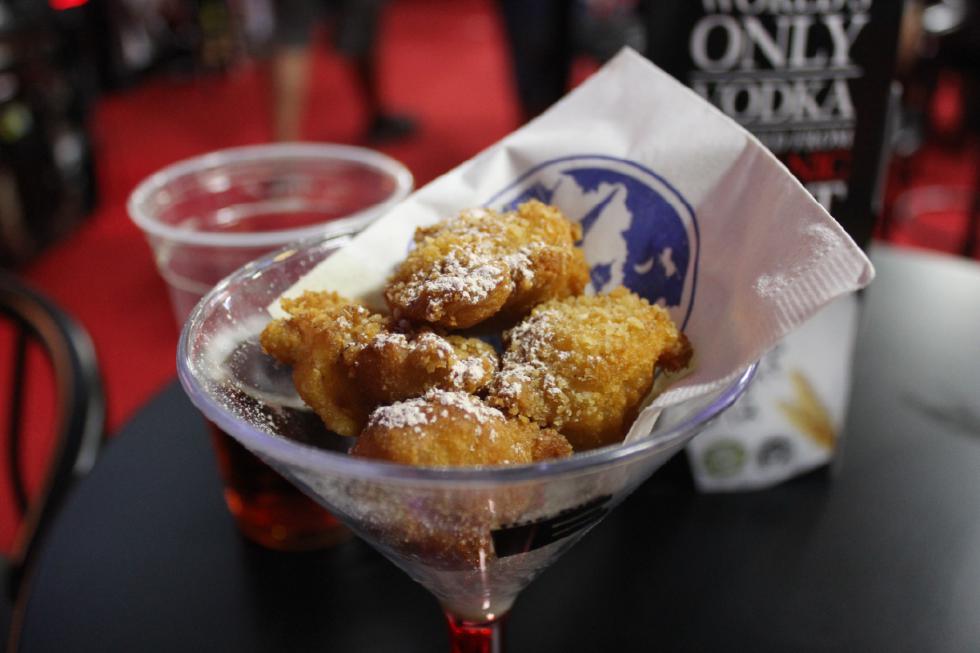 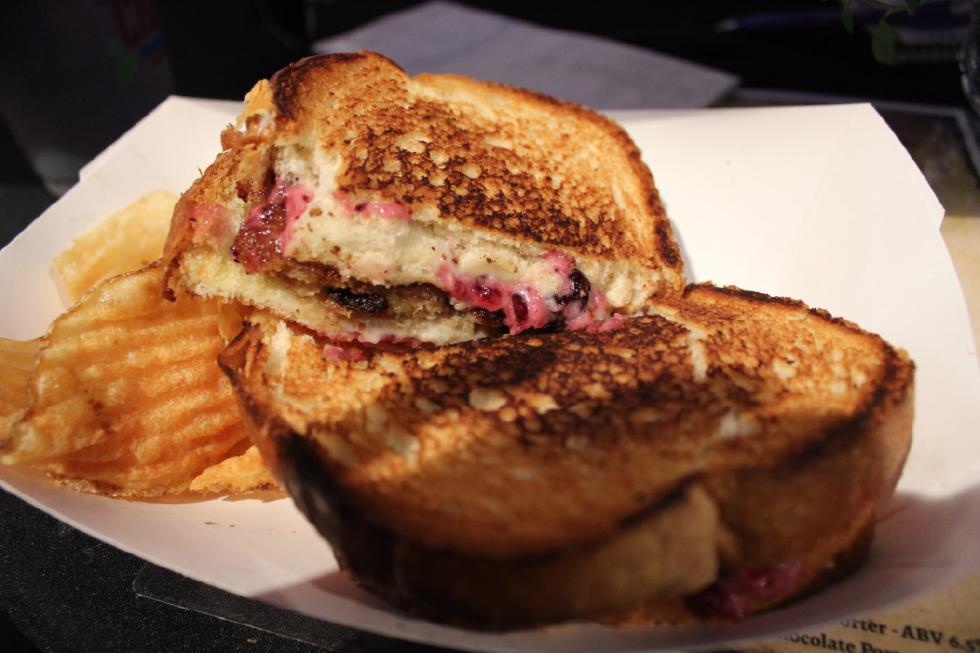 Ahh, Big E season. The diet crusher — the reason some of us worked to cut calories this summer — is here again.

With nearly a century under the Eastern States Exposition’s belt, the crew there have perfected more than their fair share of food items — fried dough, turkey legs, lobster rolls, baked potatoes, kettle corn, and more. Still, fair organizers and merchants up the ante year to year by providing some crazy new food items for fairgoers to sink their teeth into.

This year’s newbies at the Big E include the fried martini and the turducken sandwich. In a spirit of service to you, faithful Advocate readers and eaters, I set out to sample the exotic duo.

I figured I’d start out with the fried martini, a drink before the main course, if you will. It takes me a while to find the joint, which I picture as featuring a fryolator. After wandering thirstily around, I finally walk close enough to the bar in the corner near the 99 Years of Excellence exhibit to see the sign for fried martinis. No fryolator — only a well-dressed bartender sans oil-splotched apron.

I’m skeptical but plunk down my $12. The bartender hands me a plastic martini glass full of fried blobs from an already-made row.

I reach for the largest room-temperature booze ball and take a bite. All dough. I take a second bite and the vodka inside explodes half into my mouth and half onto the table. The V-One vodka core tastes like apple pie, although maybe not the kind Mom would have served as an after-school snack.

But still, it’s straight booze within a fried coating. Imagine a shot of vodka in your mouth at the same time as a bite of doughnut. It’s not flattering to either half. Adding to the disappointment, one of the four martini balls has no booze at all.

As I plop it into my mouth, a woman approaches. “Are they good?” she asks me. I pause. “Tell me honestly.” I shake my head. She pivots on her heels, talking to her husband as she moves. “I’m not spending the $12, then. Let’s go get cheese curds.”

General consensus of about a half a dozen people eating them beside me: “Meh. But at least we can say we tried it.”

I make my way over to the New England Craft Beer Pub for my turducken sandwich.

As the beer tent staffer delivers it, someone next to me says: “I’d need to be way higher in order to eat that.”

Anything turducken inspires images of carnivorous glory, layer after layer of succulent meat. But this turducken sandwich is more like bread on bread on more bread. The turkey, chicken, and duck meat — none of which are distinguishable from the other — are ground and pounded with cornbread into a deep fried patty.

The texture is soft and mushy, like eating stuffing and cranberry sauce in between two slices of thick bread. The only saving grace is that the patty is well-seasoned, and it reminds me a little of Thanksgiving, a small consolation.

When I return for my second 2015 trip — now a necessity to get the bad tastes out of my mouth — I’ll stick to the old favorites.•