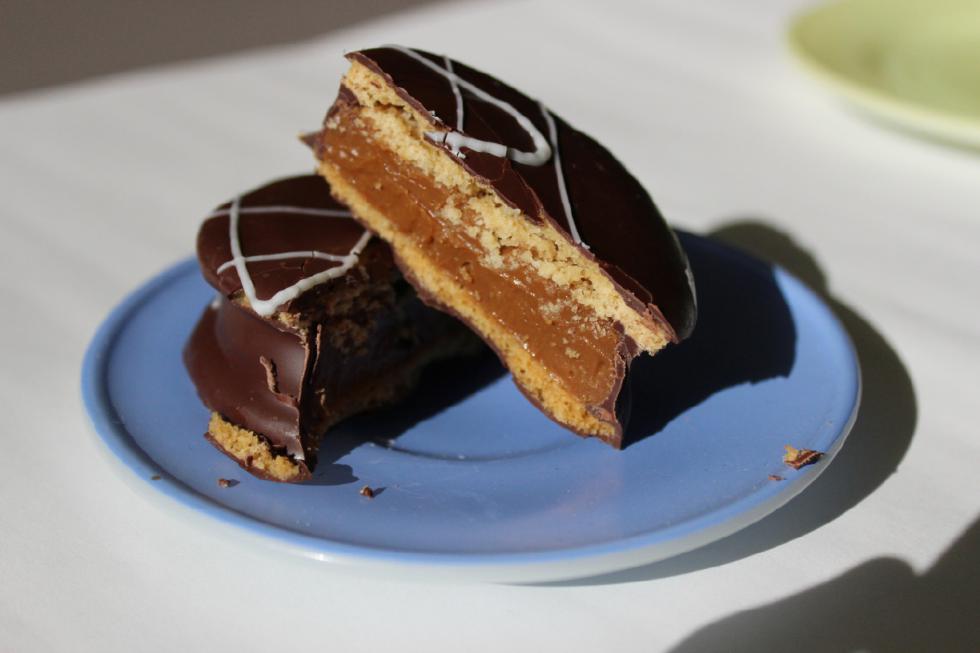 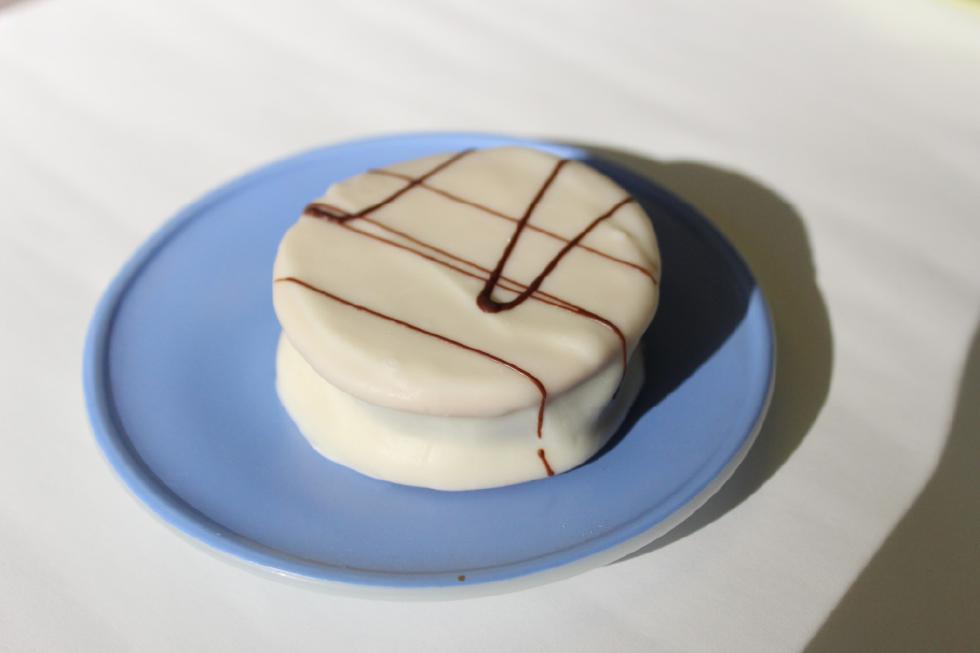 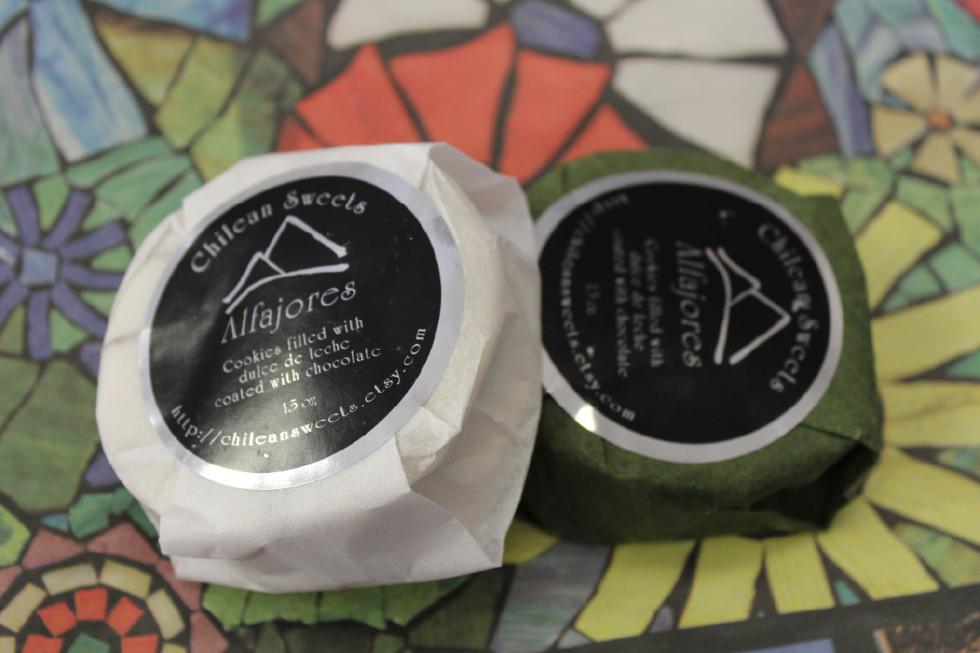 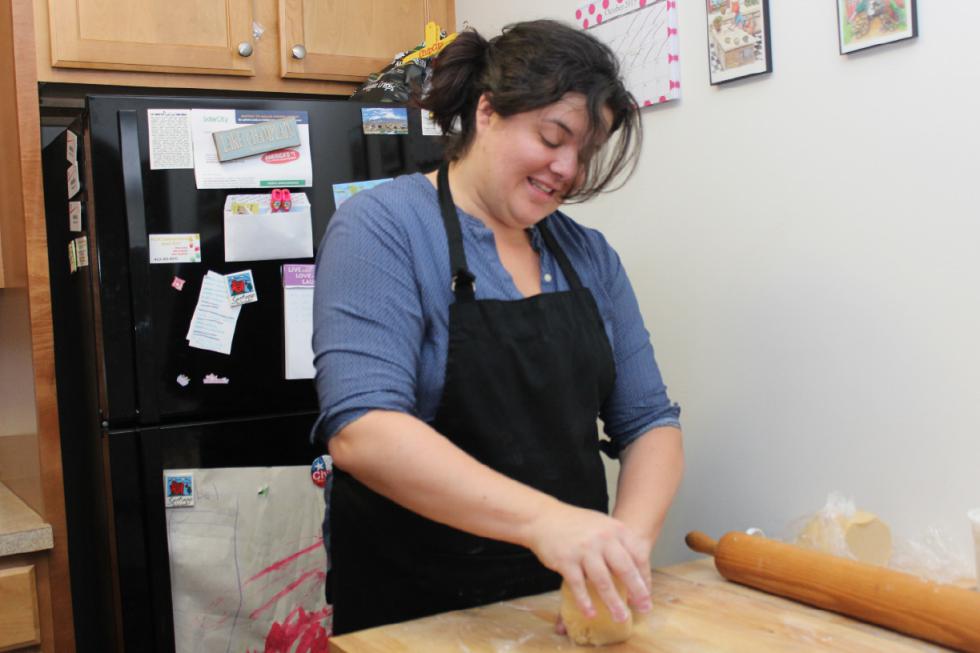 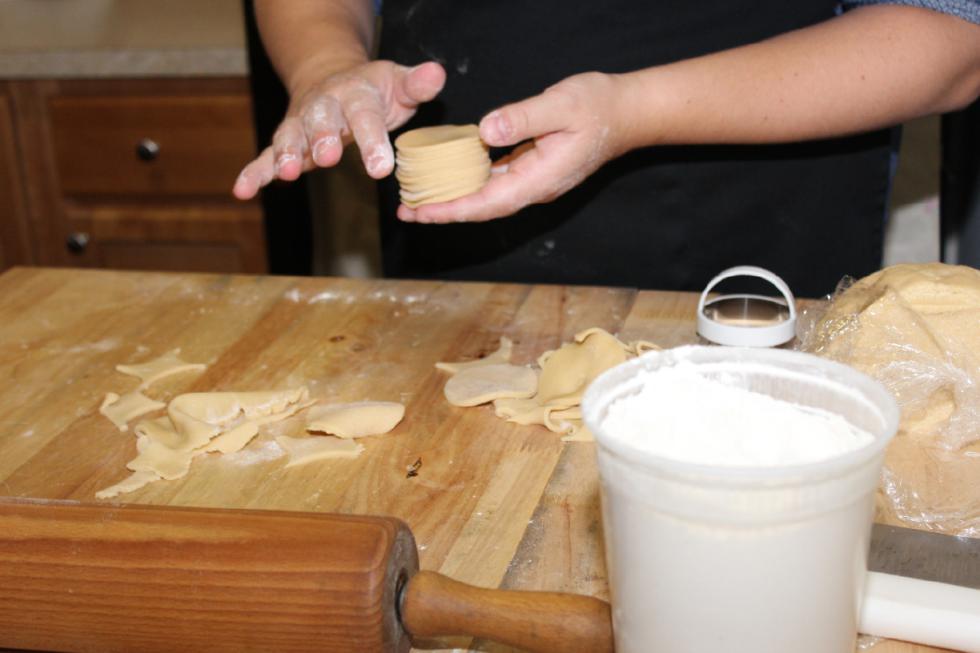 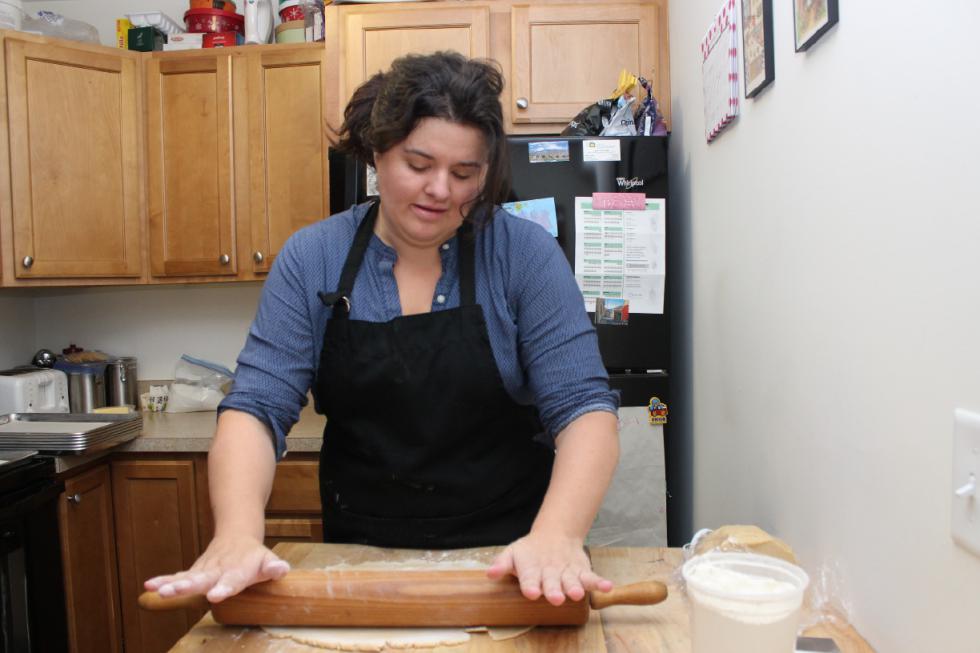 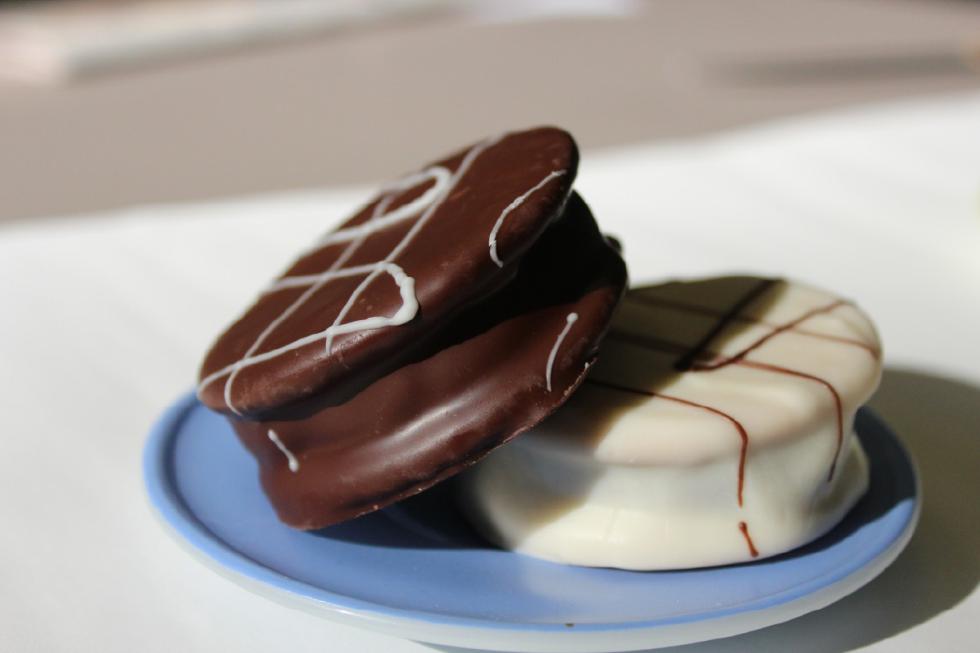 For Valley foodies, Maria Moreno’s alfajores — Chilean cookies made with dulce de leche inside — are a novelty bought in local markets. But for Moreno’s two-year-old daughter, Olivia, they’re a daily staple.

Inside Moreno’s home kitchen in Easthampton, where Moreno bakes about 600 of her confections a week, little Olivia throws her whole self at the counter in order to reach the beautifully wrapped creations.

It appears the goodies are pushed into the furthest corner for a reason. Even standing on her tippy toes, Olivia’s fingers just graze the small pile.

“I want to give her the white one,” Olivia squeaks, looking shyly back at this correspondent. The white chocolate ones are her favorite, her mother tells me.

Maria’s husband, Will Dupuis, lifts Olivia up so she can reach. She plucks one and hands it to me, smiling.

Sometimes, Moreno says, she’ll awake to find her two young girls — Olivia has a four-year-old sister — breakfasting on the alfajores, which are the signature item of her business, Chilean Sweets.

Having sampled the goods, we here at the Advocate totally get it. Slicing into one of Moreno’s alfajores, a thick, milky layer of dulce de leche coos hello. The caramel-like filling looks like it will flop out onto the plate. But it doesn’t, because Moreno’s dulce takes on a pudding-like consistency. This drool-worthy layer sits in between —  the Spanish word alfajor means “in between” — two honey shortbread cookies with a touch of natural graham cracker flavoring. As if that weren’t enough, the cookie sandwich is also encased in chocolate.

Alfajores are a popular pastry in Chile, says Moreno, but hers are a modified version of a family recipe. Dulce de leche, which she also sells by the jar, is made by boiling milk and sugar for “hours and hours,” Moreno says. It’s like a caramel, but richer and milkier. Achieving the perfect pastry texture for the classic filling, she says, took time. After trial and error, she arrived at the pudding-like dulce consistency and sandwiched it in the classic Chilean shortbread cookie. The chocolate coating, she says, seals the deal, as it enables an eight-week shelf life.

The result is magic. You can find them at small shops throughout Hampshire County. You can also order them on Etsy.

A little love in between

Moreno’s pursuit of the perfect alfajor began while she was training as a pastry chef in her native Chile. The four-year culinary program was cut short by six months when Moreno fell in love with an American while at a work-ski program in Maine. “The first winter I came over we met, the second winter we started dating, and the third winter I never went back,” she says. That was in 2008.

In the time it took to marry and be approved for employment, Moreno says, she needed something to do to keep busy.

“I was sitting home doing nothing and I made some alfajores,” says Moreno. “And I had an Argentinian friend and she liked them and her husband liked them.” A business was born.

The goal, she says, is to expand her business into Boston next year. Hopefully, Moreno says, she can make enough of a profit to afford a standalone kitchen, which would enable her to legally sell wholesale outside of Massachusetts.

Moreno says she loves the Valley and her American husband, but Chilean pride is a big part of life at her Easthampton home. Everything she says to the girls in English she says first in Spanish. “I do it without thinking, now,” she says. “Living here, I don’t want them to think they’re just American.”

But with all those alfajores around, I see no way these girls could forget they come from something special.