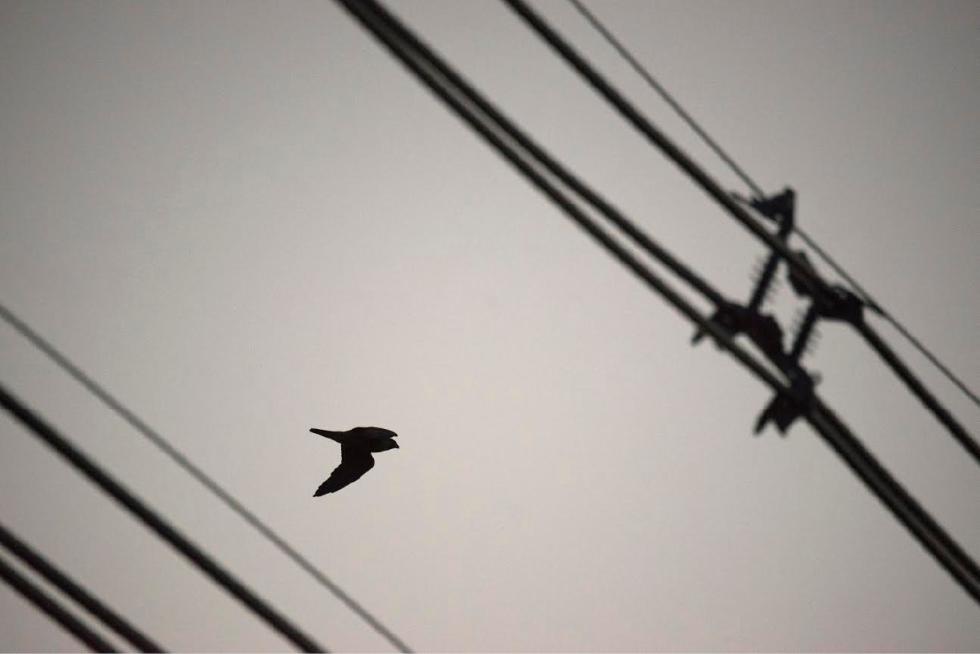 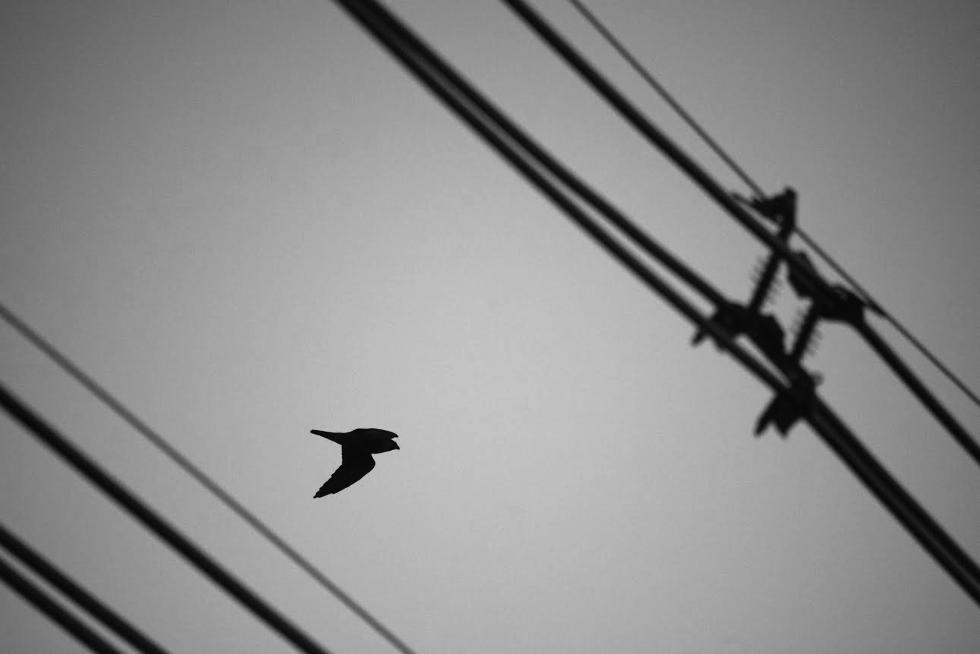 Motivated by hunger and a bit of sport, the peregrine falcon searches for a high perch from which she can keep a sharp lookout for prey. Her favorite meals are pigeons, ducks, and shorebirds, but in the lush Pioneer Valley any kind of medium-size bird will do. Peregrine finds a cove on top of a silent brick warehouse by the Holyoke Dam over the Connecticut River. She waits patiently — still, except for the occasional wind in her feathers — for a meal to happen by. Her black eyes display a confidence that lunch this afternoon will be soon. She’s the largest falcon in these parts and she can fly at speeds over 60 mph when chasing a bite. But there was a time, she’s heard through the subdued screeches of the older falcons, when being a peregrine in the U.S. was dangerous. Pesticides sprayed during the 1950s and ’70s nearly wiped out her ancestors. A conservation effort in the late-60s has stabilized and is slowly growing the population. Of course, what might have been cannot be restored. Something catches her attention, and she shoots from her perch like a bullet to the river.