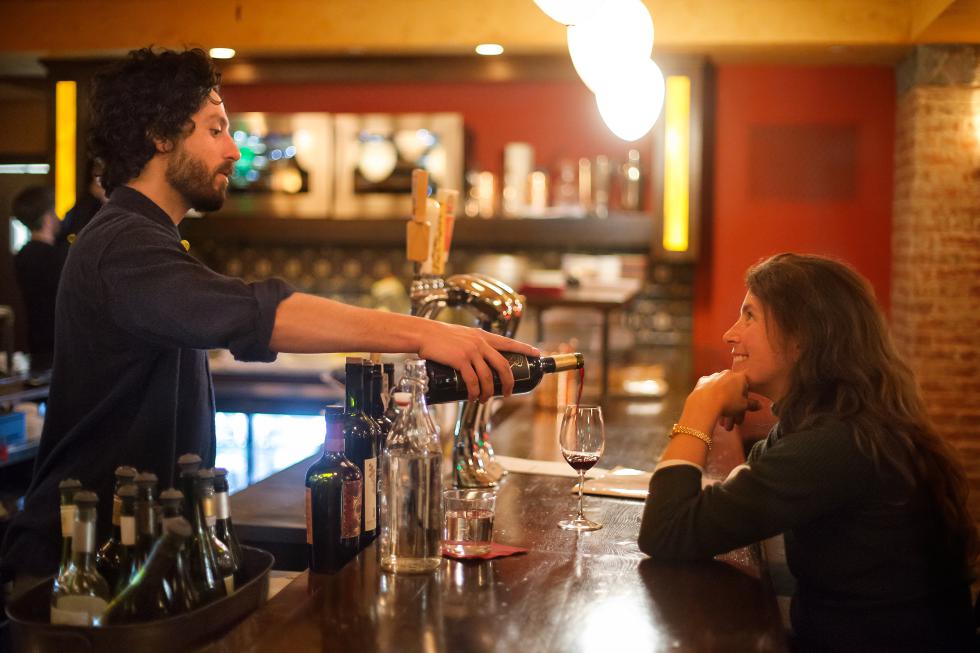 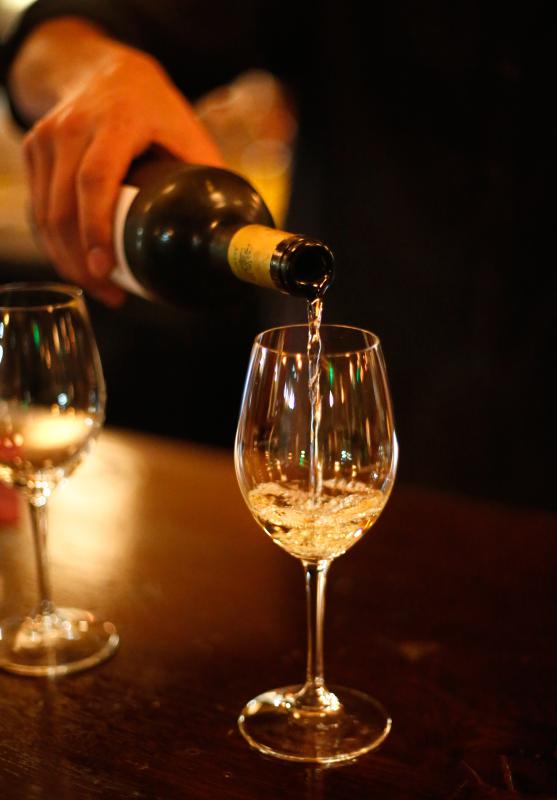 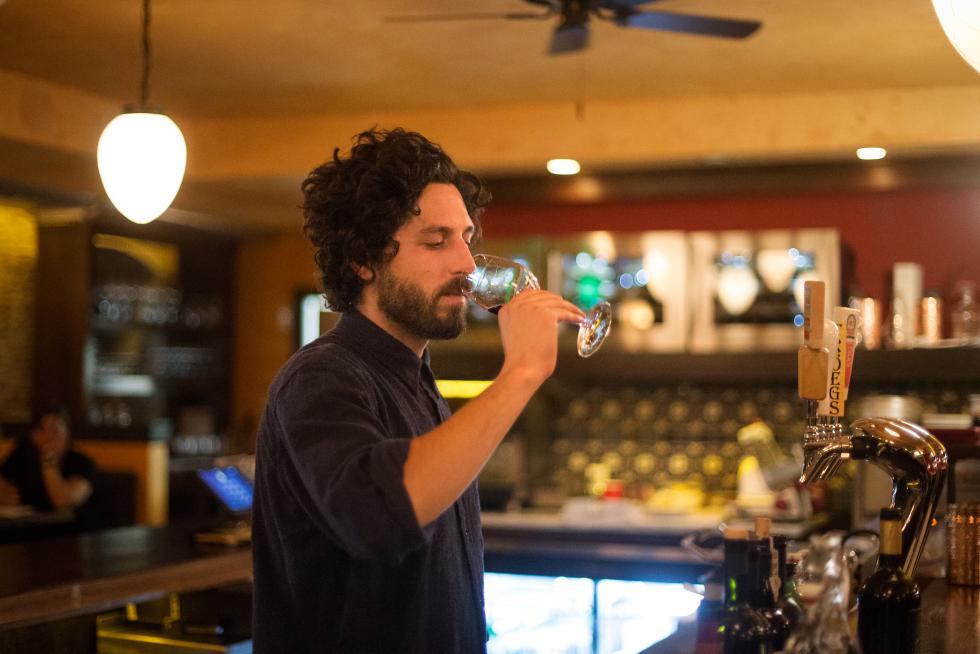 When Caroline McDaniel opened ConVino ten months ago, she says she was still waiting on her beverage manager to arrive from California. A month and a half later, it became clear they weren’t coming.

In a day wrought with stress over her wine bar’s management hole, she says, Sébastien Piekutowski knocked on her door with quite the wine resume. He’d just arrived from Guatemala.

He quickly hopped on as resident sommelier and beverage manager.

“‘I’ve done a lot of research and this is where I want to be,’” she recalls him telling her that day. “I feel very fortunate to have him.”

Running the beverage program at ConVino, he says, he strives to train the staff to speak genuinely about the wine. “We don’t bullshit about a wine,” he says. “We don’t try to sell a wine because it’s $2 more.” As for his management style, he likens himself to an Italian grandmother — loving, stern, and always a great host.

Jumping in on one of Piekutowski’s Thursday wine classes, I find him introducing a 2011 Losada — a Mencia varietal — from the Bierzo region of Spain, to five students. He sits on the bench of a polished, wooden piano, which serves as a backdrop for the students sitting circled around him in armchairs and a loveseat. An oriental carpet marks this living room-esque area the establishment uses for wine instruction. McDaniel sits beside him.

“It’s Mencia,” says Piekutowski as the students take their first sips. He pronounces the “c” in Mencia with the South American “c,” and not the Cataluñan “c.”

“Actually, I should say it the right way: Mencia,” he says, this time pronouncing it with the “th” sound that marks the region.

“Why are you speaking with a lisp,” asks one gentleman in the class in a way that makes it difficult to tell whether or not he’s joking. The others laugh, but no one answers him.

Piekutowski was born in Tunisia. His father, an American, was in the Peace Corps. Most of his formative years were spent between Senegal and Madagascar, he says, where he grew up speaking French with his Egyptian mother and English with his father. His teenage years, he says, were split between Montreal and Seoul.

As a result, Piekutowski says people find his accent difficult to place. One yelper, he tells me, railed on him for his “fake Italian accent.” He chuckles and shrugs, remembering the review.

Members of the staff also tease him for his word choices. As he grew up in an area where English was not spoken, a lot of his English-learning came from reading books in English. “I must use ‘notwithstanding’ five times a day,” he laughs, looking toward one of his colleagues, who beams back at him.

Moving on to another big red, the Glen Carlou “Grand Classique” — a South African Méritage — he excitedly asks the group to sniff the wine before smelling it. “What are you getting?”

“Think: a sweaty, wild boar running at you in the forest,” he tells them.

“That’s my first wife,” says one of the students. Everyone laughs.

“I never get it when you say that,” McDaniel says, looking sideways at Piekutowski. “You must have spent a lot of time around sweaty animals in a comfortable setting for you to say that.” Piekutowski smiles and nods.

Let’s face it, he says, wine description is a construction. Piekutowski’s formal wine training taught him to compare the varying flavor profiles wine takes on to things like pear and apple, which are two things that don’t grow in South America, where he was before he moved to Northampton about eight months ago.

“So what do you do then?” he says, referring to how using those descriptors in regions where people are unfamiliar with those flavors rings hollow. As a solution, he says, he came up with “If this wine were a person…,” a series that hangs on a chalkboard beside ConVino’s bar. “We like to get playful with it.” For example the “Terres De Pierres,” a French Chardonnay, becomes a “solitary, gold-hearted stone-cutting master who imbues his sculptures with life.”

Just as wine is influenced heavily by the climate, soil, geography, and traditions surrounding its production, so too Piekutowski is a product of his multicultural environment. This is what the wine geeks call terroir.

But he’s not suffering at all, I learn when I ask about what specifically drew him to Northampton.

“I warned you, I’m cheesey,” he says, blushing. “I came here for love.” He met a woman who attends UMass while in Guatemala. During her semester there, they fell in love, and he moved here to be with her.

Loving and appreciating a glass of wine, he says, constitute truly living. “The more you travel the more you value the purpose of life.”