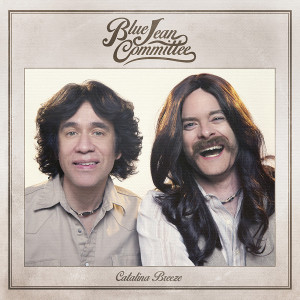 In November of 2011, the national entertainment spotlight turned its eyes towards Northampton, Mass. The reason for the attention was a sketch on Saturday Night Live. Featuring actor Jason Segel and then cast member Fred Armisen, the bit was a send-up of a “local” band called the Blue Jean Committee. All long hair and denim attire, the group got some laughs in the Western Mass press at the time, but few could imagine what would come next.

Just last year, the Blue Jean Committee was resurrected by Armisen, along with their “hit” song “Massachusetts Afternoon,” which the actor showcased as the first in his series of “Hometown Heroes” single releases for Drag City Records. Then in September, Armisen brought the band to life again (trading Segel for fellow-SNL album Bill Hader), reinventing its origin story (no more Northampton reference, the boys are Chicagoans through and through) and telling the tale behind its meteoric rise and fall on his IFC show Documentary Now!.

A focal point of that story is the fictional group’s breakthrough 1974 album Catalina Breeze. Described by writer Chuck Klosterman on Documentary Now! with the words, “Every song was a single, and every single was great,” fans can now experience every hit with Drag City Records official release of the soft rock classic.

Opening with the appropriately laid back title track, it doesn’t take long to notice that Armisen has done his homework. While the Portlandia star’s music doc history of the Blue Jean Committee was done for comedy, part of the fun was reveling in all the details that Documentary Now! used to portray the band. Subtle nods to Martin Scorsese’s The Last Waltz, episodes of Behind the Music and director Alison Ellwood’s 2013 film History of the Eagles Part One, were all incorporated, and “Catalina Breeze” is the product of another mixed bag.

Armisen talk-sings about being “a barstool intellectual with a master’s degree in small talk” and “going to the movies,” but the music is all California sunshine with cooing background vocals and strategically placed percussion. “Catalina” is also the album’s longest song with a running time of a mere two minutes and 15 seconds.

Yes, sadly, even for a joke record Catalina Breeze is brutally short. Seven songs go by in just over 10 minutes. But that’s still enough time for era-specific gems like “Gentle and Soft,” which pairs shared vocals with bat-shit lines about Captain Tom pointing “his compass towards the sun,” and “Mama You’re a Dancer,” which merges a disco beat to a stirring guitar lead with catchy results.

In fact, even the other songs on the record that more closely resemble half-finished ideas or aborted attempts at complete tracks are just as likely to end up as your next ear worm. “Freeway Song” just features the lyrics “freeway riding along” repeated ad nauseum for 53 seconds, but coupled with a driving beat and some propulsive bass runs the song might still tempt you to push the pedal down and sing along. “Mr. Fix-It” begs the question of what if Armisen had actually finished writing the number. It’s a promising story-song that builds nicely, but missing a complementary chorus (or any chorus actually) it simply fades out without reaching its full potential.

In a nutshell, that’s the story of the Blue Jean Committee as a whole. Documentary Now! showed the ups and the downs, but the music speaks for itself. Local boys done good? One time kings of the soft rock revolution? Or funny men making fun music? The answer might be all three. Catch the wind and sail along.