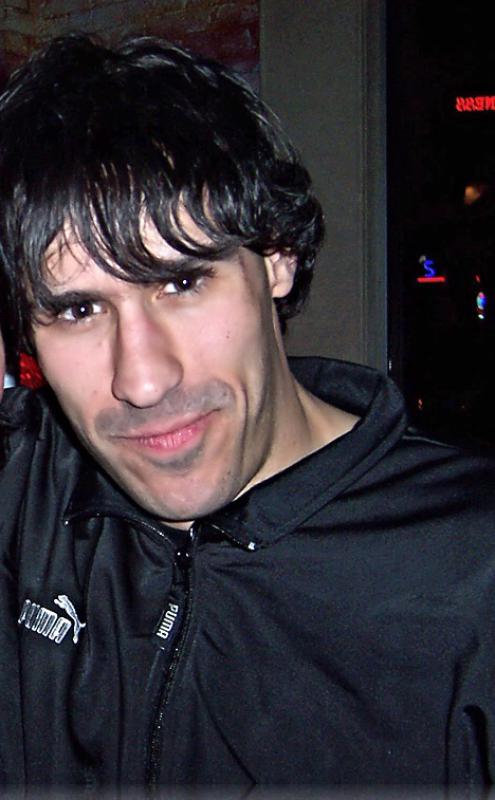 What was supposed to be a triumphant new chapter in a prolific career turned tragic. Then a tribute.

For more than two decades, Keith Hopkinson’s howl could be heard soaring over such circuit regulars as The Smacktones and Black Cat Frenzy. On Friday, Nov. 20, his most recent project — Blackout, playing the music of Sevendust — was supposed to headline at Chicopee’s Maximum Capacity for the first time.

“I had been talking to Keith a lot, and Blackout opened for us recently and it was clear to everyone involved that it was time to take them to the next level,” said Hopkinson’s longtime friend/oftentime bandmate Kyle Small. “So I worked with [owner] Don [Roberts] at Max Cap and we booked four headlining shows for them and were going to get them an electronic press kit and some booking contacts so they could start playing out more nationally as I have been able to do with Slip-not and Children of the Korn.”

The first of the four-gig stay was slated for Friday, Nov. 20. Exactly one week prior, Friday the 13th, however, Hopkinson, 41, passed away suddenly and unexpectedly.

“It was just a complete shock,” said local heavy music super fan Crystal Willard. “He was one of the first folks I met in the scene back when I knew nobody and I was just honored to have been able to look up to him like a kid sister back then.”

The Crawler chatted with Hopkinson a few months ago in what would prove to be his final interview. In addition to Blackout’s growing popularity, we talked about how Thirty Stones, the band he will forever be most identified with, was getting back together to record the follow up to 2003’s Canvas.

“It will be challenging, because [guitarist] Andrew Freeman is also going on his second year playing with the Raiding The Rock Vault show at the Tropicana in Vegas,” Hopkinson said at the time. “But we plan to leverage all available modern technology to complete the writing process from both coasts.”

“We have a good 30 tunes on my computer we were going to work up when we got signed back then,” Freeman told the Crawler from Vegas mere minutes before boarding a plane to come home for the services. “So we were going to go through those, but that never happened and of course, it’s very regrettable looking at it all in hindsight. I’ve been fortunate enough to have been so busy out here; I haven’t had time to think about it, but I’m sure it will hard very soon.”

Freeman said that he has been working on one Thirty Stones track in particular, “Maybe,” which he describes as a “pretty cool tune” that he was able to get into “fairly good shape” for what was essentially an eight-track recording.

“I have some good contacts out here now and am thinking I can find a pro engineer who could really tighten it up and I’ll just make the finished product free online for the folks back home to enjoy and remember,” he said.

True to form — and just how Hopkinson would have wanted it — the Nov. 20 show went on with no less than Splitshift, Children of the Korn, Ballz on Parade, Nosho, Q, and the remaining members of Blackout rocking in remembrance of their fallen friend.•