Not All Candy Canes are Created Equal 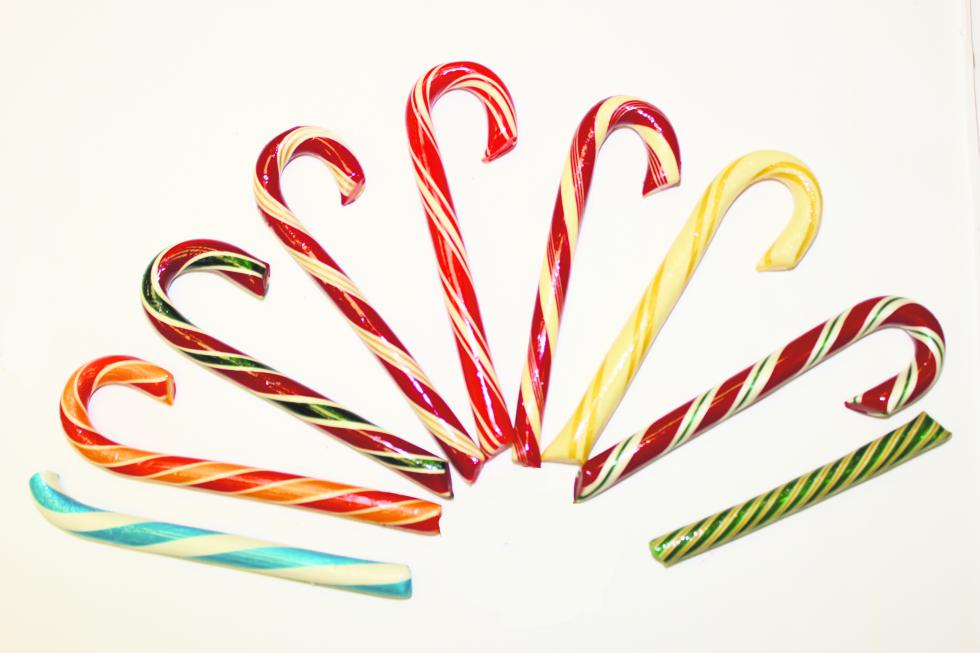 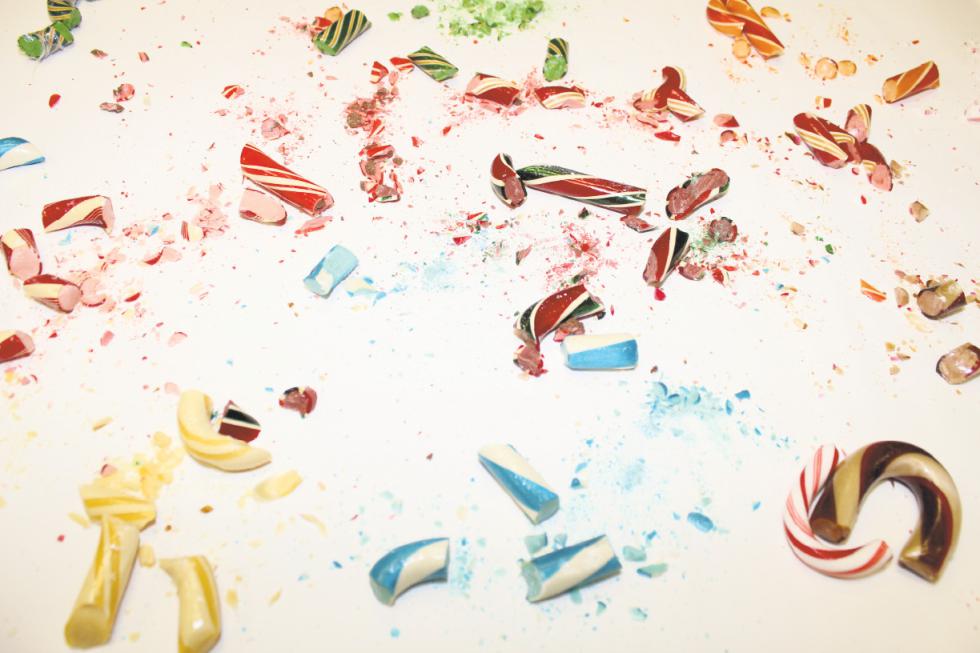 Santa Claus and his elves make a fine traditional candy cane, but after a couple of centuries of Christmas, it’s time to shake up the cane game a bit. Enter Hammond’s, a Colorado-candy maker that distributes widely throughout the Valley and has a penchant for cranking out bright, dazzling, super-sized candy canes in an array of alternative flavors. There’s Blood Orange, Cotton Candy, Butterscotch, and Caramel Apple to name a few.

The colors on these candies and their promise of a high-end twist on candy canes make the sweets hard to pass up, but at $2.50-$2.99 each, you don’t want to make a mistake and buy a gingerbread one. Feh!

At the Advocate, we gathered around the conference table to taste and rank Hammond’s classy candy cane favors to help you decide which ones to mindlessly gnaw on while watching A Christmas Story or hand out as gifts.

Tasters were staff writer Amanda Drane, ad reps Marija Boily and Susan Comee, sales manager Colleen McGrath, and editor Kristin Palpini. All the tasters are candy cane lovers, except Amanda, who challenged us to find one she could stomach. Holiday challenge, accepted.

The list starts with the nastiest candy cane we tried:

Seeing as most of us enjoy candy canes, we were surprised how much we all hated the Hammond’s take on the traditional treat. Also, we all spit this one out.

Marija: It’s got an acrid aftertaste.

Kristin: It tastes like the menthol in a cigarette.

This one had a floral perfume to it that was a huge turn-off and was absent of desirable flavors.

Susan: You have to work too hard to get any flavor.

This candy cane would be best suited for a child, which isn’t necessarily a bad thing.

Amanda: It tastes like the berry markers I used to smell in first grade

Colleen: All sugar. No flavor.

This one’s got nothing on a Werther’s or a butterscotch Life Saver — both of which are cheaper candies than Hammond’s canes.

Susan: It’s not rich and creamy, it’s kind of like a fake butterscotch flavor.

Tasters were looking to get punched in the mouth with cinnamon, which this cane did not deliver. If you like a mild spice, this may be the candy for you.

Colleen: It just has a hint of cinnamon.

This candy cane was a little too precious and cutesy tasting, but still enjoyable.

Kristin: It’s strawberry cream, there’s a vanilla taste to it and a tangy outer coating.

This was the candy cane tasters were most excited to try. It has a great tangy center, but the intense orange flavor cannot be experienced by licking alone.

Marija: It’s not very tangy and that’s bumming me out.

Cherry may be the oldest alternative to the peppermint candy cane. It’s been appearing beside the white and red striped sticks for decades. Hammond’s has got their recipe down to a familiar, lovable flavor.

Amanda: It tastes like a Luden’s — that’s a good thing.

This bright green and yellow candy cane lives up to its name in all the right ways.

Colleen: You can taste the apple straight away. It’s tangy sweet and sour.

Amanda: There’s a nice nuttiness to it.

Marija: As advertised. You can definitely taste both flavors and at different times, so that’s cool.

This candy cane could have gone in a lot of wrong directions: cheap or insufficient chocolate, crackly hard candy, but Hammond’s took the high road and made a sturdy, sweet candy cane with a chewy traditional coating — not the same as the mint candy cane coating we tried earlier — and a milky chocolate. The best. Hands down.

Amanda: I think you’ve done it. It’s a great blend of chocolate and peppermint, a good texture, it’s easy to bite into. It doesn’t break your teeth.

Kristin: I wasn’t expecting much out of this chocolate, but it’s pretty good, soft, buttery, yum.

Marija: The mint could really stand up to the chocolate without being overtaken by it.

Colleen: I’m going to go out and buy some of these for my Christmas tree.