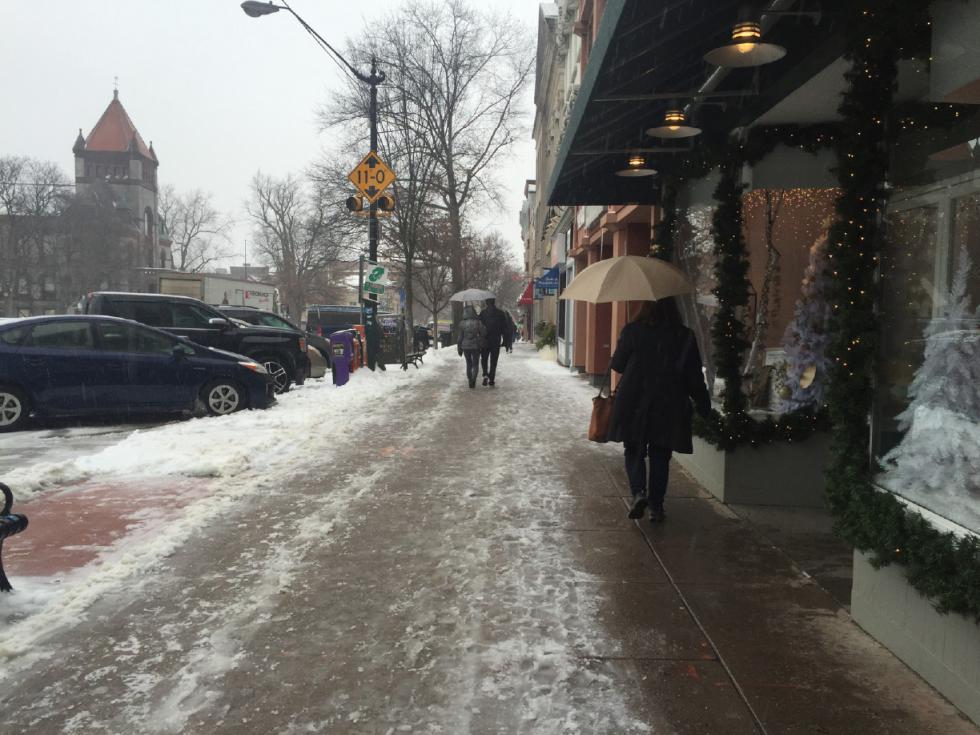 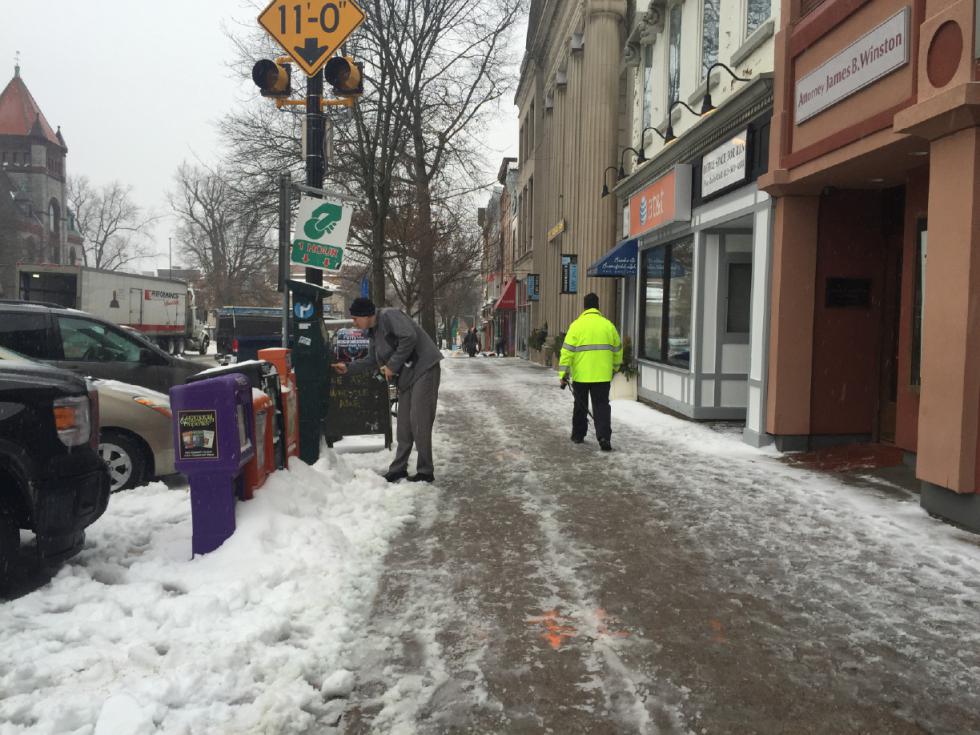 It’s here — the white we all wanted on Christmas. But they sent the wrong stuff.
Given the Valley’s tropical Christmas — we saw people posting Christmas bikini pics on social media — it’s really a mean joke that flakes fell last Tuesday while would-be revelers slept and that later the snow fans awoke to something masquerading as the real thing.
Snow artist Dave Rothstein takes to Facebook to voice his discontent in a way that sums up what we’re all thinking.
“It is like a Domino’s sugar factory exploded,” Rothstein writes. “But that sure ain’t snow!”
The fake fluff is clogging up the roadways and coating them with a thin film of sure-slip ick. Stories of accident-riddled highways and cars striking trees fill the airwaves.
Rain boots crunch on the ice-coated inch of white that covers the downtown sidewalks as frozen raindrops melt onto squinting faces. The smartest pedestrians among us yield umbrellas to shield from the sting. The sounds of skidding tires, shovels scraping sidewalks, and beep-beeps from plow trucks in reverse join in chorus against the clatter of the falling crystals.•