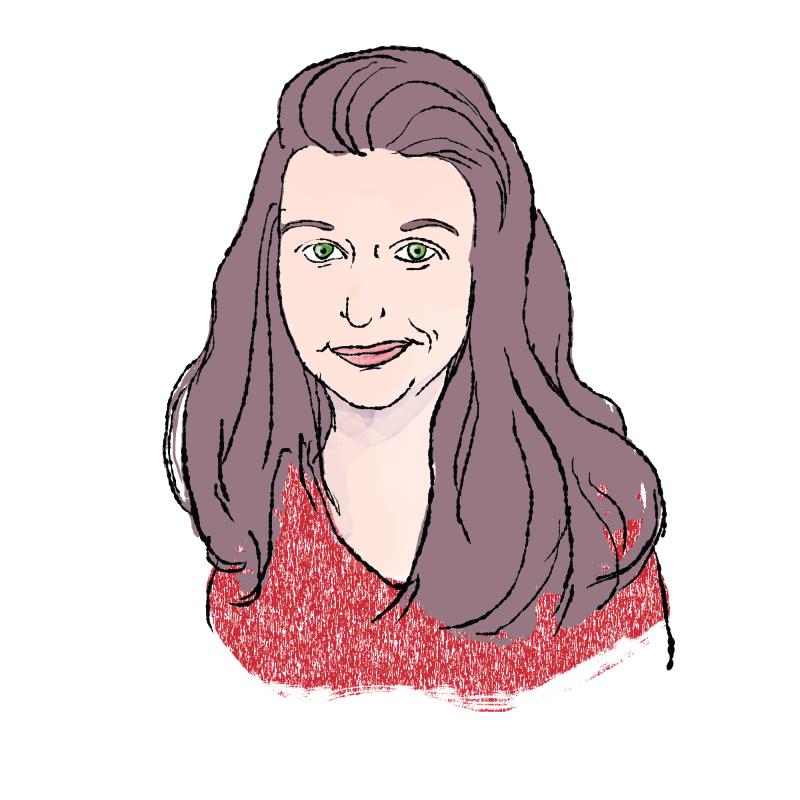 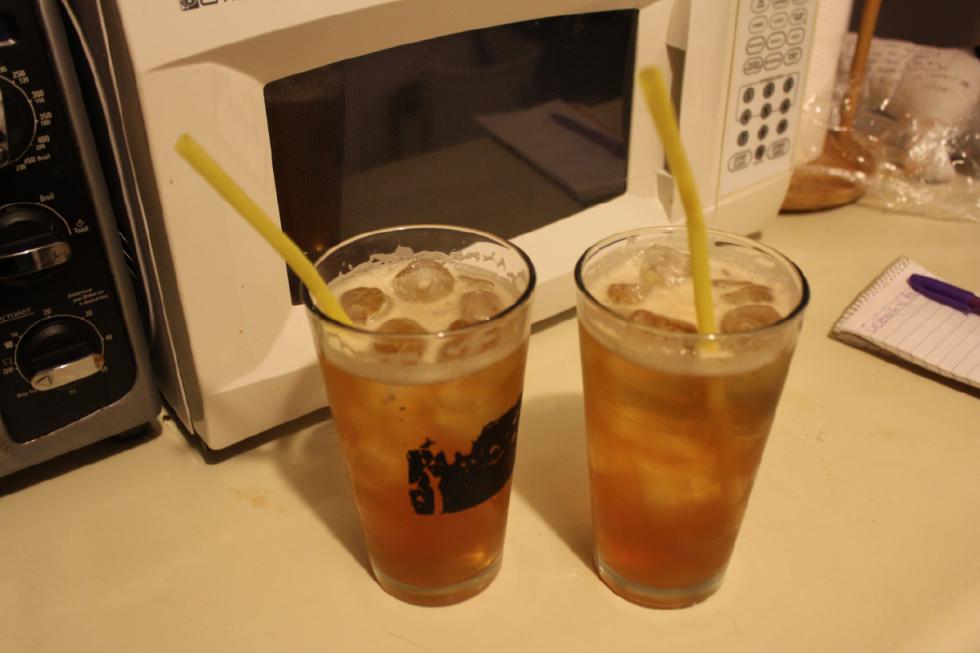 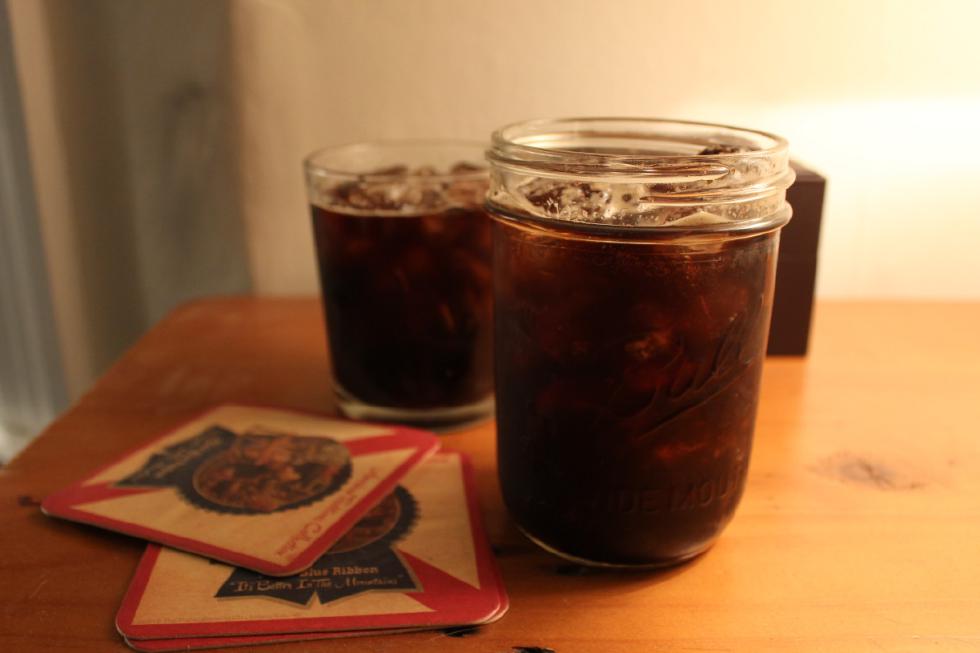 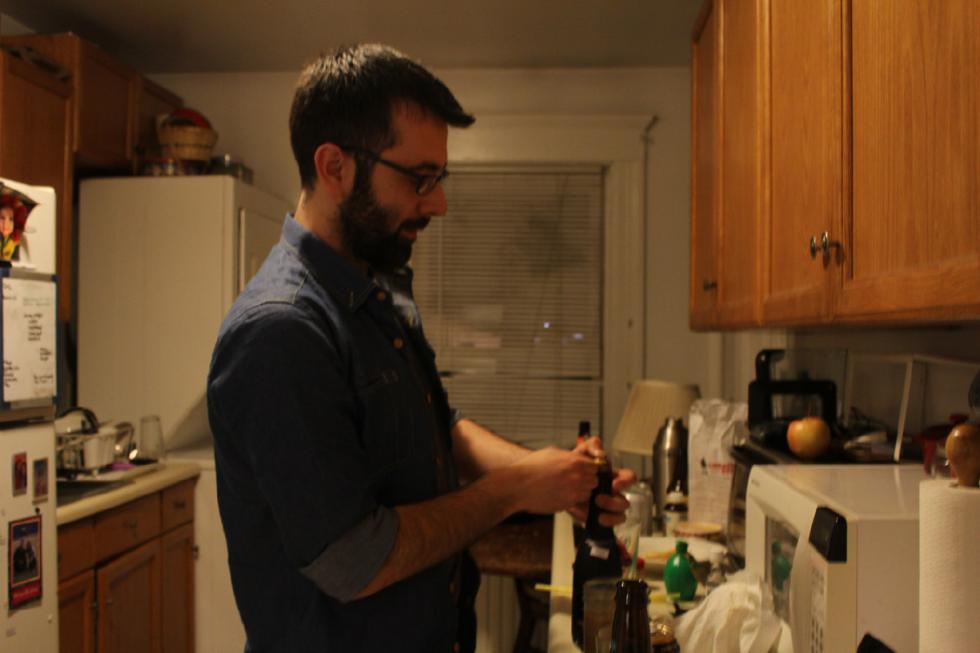 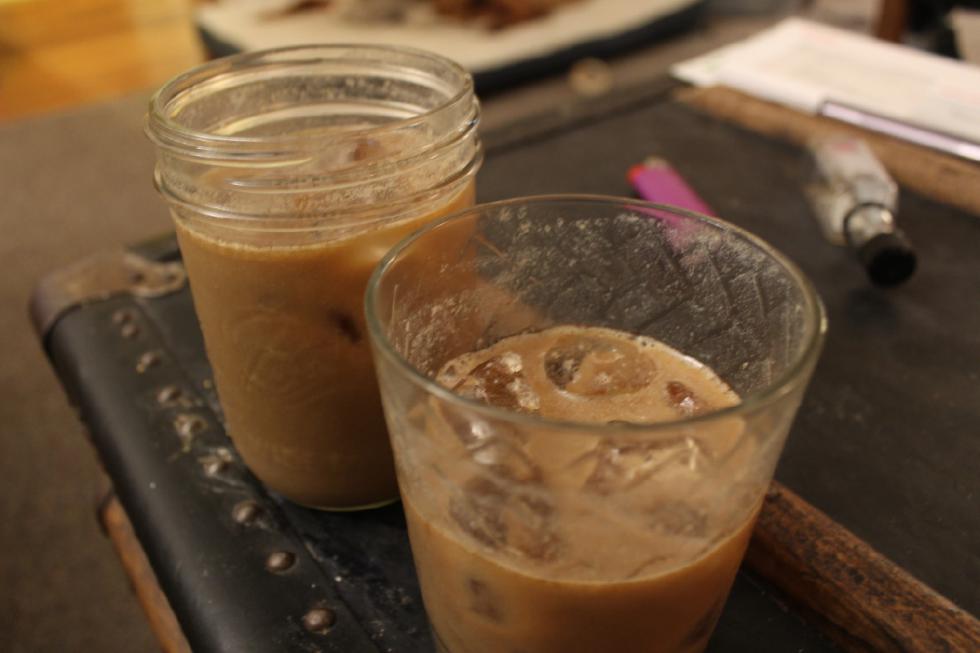 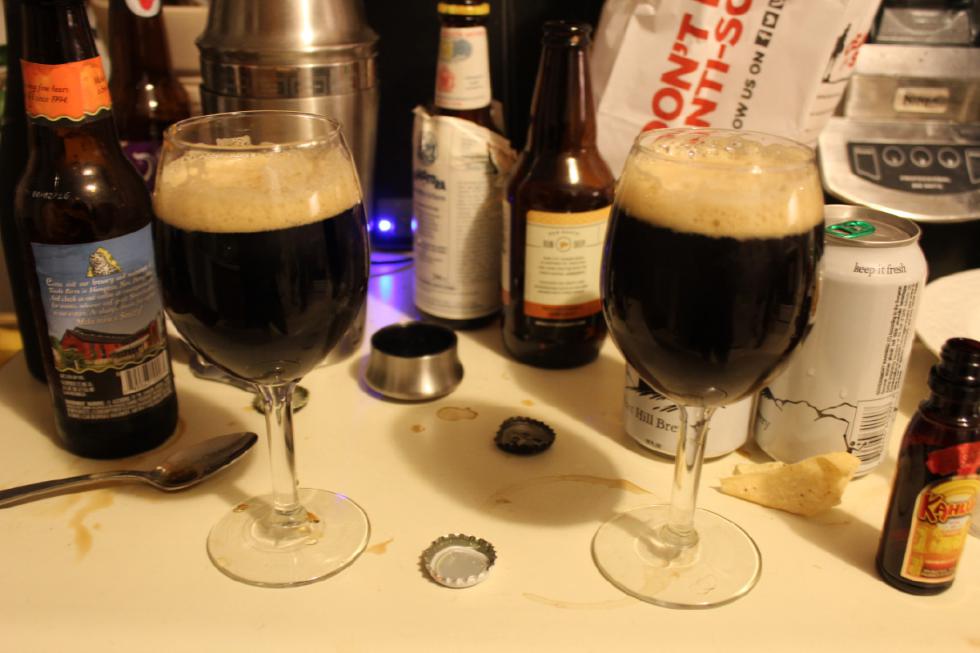 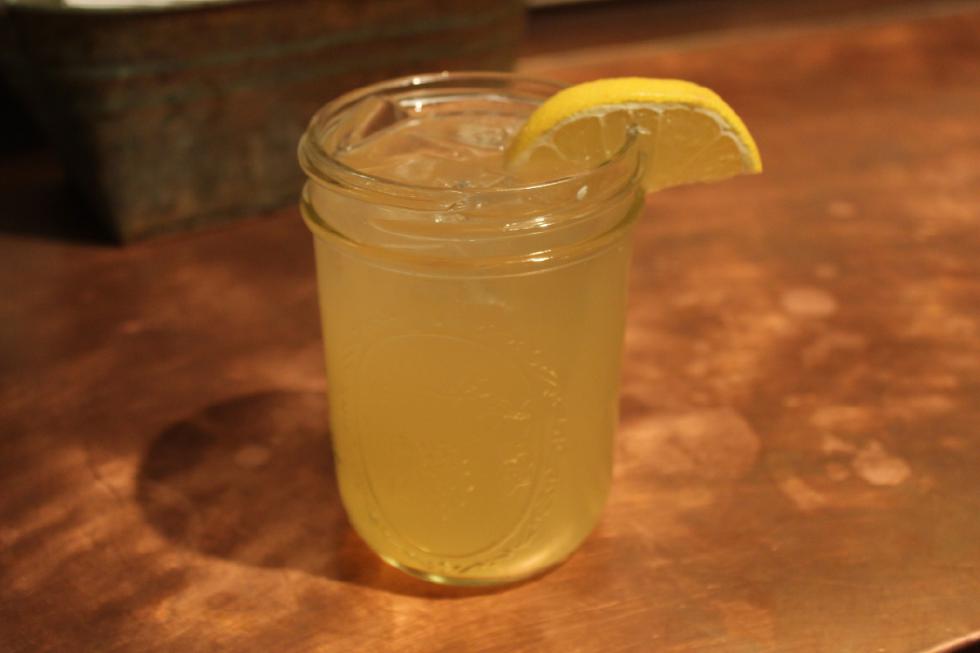 The Beerhunter and I put our booze brains together to see if we could come up with any tasty beer cocktails. It’s more challenging than we’d anticipated — beer has a flavor profile that frequently doesn’t play well with others — but we landed on at least one recipe that is undoubtedly delicious.

To get this Beerhunter/Madame Barfly crossover edition into full swing, we scour the aisles of Liquors 44 in Northampton, plucking things from shelves and talking flavor profiles. This takes over an hour and employees start to stare.

“This one’s good,” he responds, grabbing a bottle of Stone Brewing’s Xocoveza, a chocolatey mocha stout with peppers and spices.

Back at my place we gently shake the 12 ounces of stout with 1.5 ounces of Jim Beam (because we’re classy), a pinch of cinnamon, a splash of lime, and pour the resulting concoction over two glasses with ice. Yum! It tastes kind of like a whiskey and coke, but because the stout has such a strong Mexican chocolate flavor to it, the standard whiskey bite is pleasantly muted. I’ll definitely be making this one again.

We also use some local brew, New City Brewing’s alcoholic ginger beer, to make our own version of a dark and stormy, and it transports us right to the beach. We mix 12 ounces of the brew with 1.5 ounces of Gosling’s dark rum, 1 ounce of vanilla extract, and a splash of lime. We give it a light shake and pour it over ice into a glass with lime. (While we enjoy these cocktails, our editor is on a tropical vacation, but we crafted ourselves a little bit of paradise without the airfare. Eat your heart out, Kristin.)

No offense to The Roost in Northampton, which also makes a dark and stormy, but I think ours works better than their version, which includes Ginger Libation and stout. When I pay a visit to sip that mixture, the two ingredients taste like separate things in my mouth — stout and ginger — that don’t go together.

The Roost does have some tasty beer cocktails to boast about, though, like their libation lemonade — Ginger Libation, limonata, and fresh lemon. Their Allagash Cherry Ice also looks delightful — Allagash White ale and black cherry lambic ice cubes — though I haven’t had the pleasure.

Perhaps with more tweaking the cocktail could work, but it’s fair to say the preliminary trial is a failure.

There you have it, folks. Mixing beer and booze is dangerous business. Tread carefully, though, and you might just discover something delicious!•