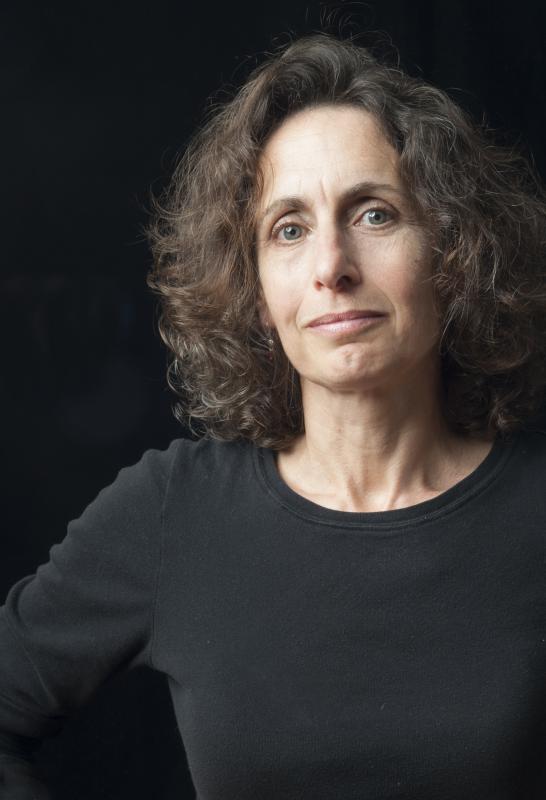 Much of what’s written about climate change tends to be either oversimplified, chock full of bias, or too jargony for most of us to read. Elizabeth Kolbert — staff writer for the New Yorker, Williamstown resident, and professor at Williams College — however, approaches the subject with passion and presents complicated subject matter in a way that is both approachable and terrifying in an objectively scientific way.

Kolbert began writing about climate change when she hopped on with the New Yorker in 1999 and won awards in the process. She later published Field Notes from a Catastrophe in 2006, as the reigning administration continued to dodge commitments that could address humanity’s impacts on the rapidly growing climate crisis. Nearly ten years later, too little has changed, and so Kolbert found herself writing a sequel, The Sixth Extinction, for which she earned the 2015 Pulitzer Prize for general nonfiction. In the last year, the book has been widely lauded for being “at once awe-inspiring, humbling and deeply necessary,” as put by author T.C. Boyle.

“The real power of her book resides in the hard science and historical context she delivers here, documenting the mounting losses that human beings are leaving in their wake,” The New York Times writes.

Amanda Drane: I read that you studied literature at Yale. Not that it’s a big leap, but what inspired the move to journalism?

Elizabeth Kolbert: After I graduated from college, I went to Germany, ostensibly to study literature. I didn’t do much studying, but worked as a stringer for The New York Times and Newsweek. I was kind of hooked.

AD: What was it that hooked you?

EK: I realized I liked being out in the world reporting more than I liked sitting in a classroom.

AD: Did you ever dream of winning the Pulitzer Prize?

EK: It’s certainly not something I expected.

AD: What types of stories did you enjoy covering as a young reporter for the Times?

EK: I mostly covered New York politics as a young reporter for The New York Times. I really enjoyed it, though after a while the stories started to blur together.

AD: How and why did climate change become an important topic for you?

EK: I’ve always been interested in/concerned about the environment. When I went to work for The New Yorker, in 1999, I started looking around for environmental stories to write. The first story I wrote about climate change involved a trip to the top of the Greenland ice sheet in 2001. It was an experience that really changed my view of the world.

AD: What about your trip to the top of the Greenland ice sheet changed your view of the world?

AD: I found Field Notes from a Catastrophe to be a powerful read, but I confess I haven’t yet read The Sixth Extinction. Would you describe it as somewhat of a sequel?

EK: Yes, it’s definitely a sort of sequel. One of the messages of The Sixth Extinction is that changing the climate is only one of the ways we are altering the planet on a more or less permanent basis.

AD: You’ve been doing this work for a while, now. How has the response to global warming changed in the past decade or so? Has it changed enough?

EK: Definitely there’s a lot more awareness. And I think in most parts of the world — though sadly not in the U.S., there’s wide agreement that something needs to be done. But the something people are willing to do turns out to be not nearly enough.

AD: How do you balance your work at Williams College with your journalism?

EK: So far, I’ve only taught one course at Williams. I am teaching another one this spring. So we’ll see.

AD: You’re someone who’s saturated in knowledge of humanity’s impacts on the planet — what advice can you offer those of us who want to help?

EK: The most important thing any individual can do, I think, is to become politically active. A relatively small number of people can still make a difference in American politics, if they are vocal enough. Look at the NRA!

AD: Have you encountered any climate change skeptics? How do you approach conversation with them?

EK: I very rarely encounter climate change skeptics. I guess they avoid me.

AD: In your prologue to Sixth Extinction, you talk about entering into the research with both horror and excitement. Can you elaborate on that mix of emotions? Where does the excitement come in?

EK: The excitement comes (mainly for the researchers, but also for readers and writers) because we can watch the world change very fast and very dramatically. Throughout most of geological time, the Earth has changed only very slowly, so slowly that, even had humans been around to watch, we wouldn’t have noticed. From a scientific perspective, witnessing global change is a rare privilege, though not necessarily one you’d wish for.•