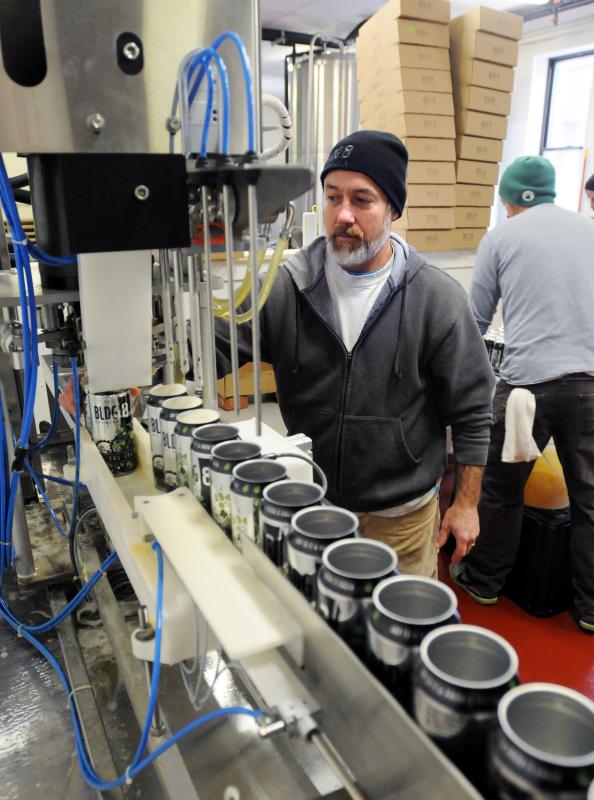 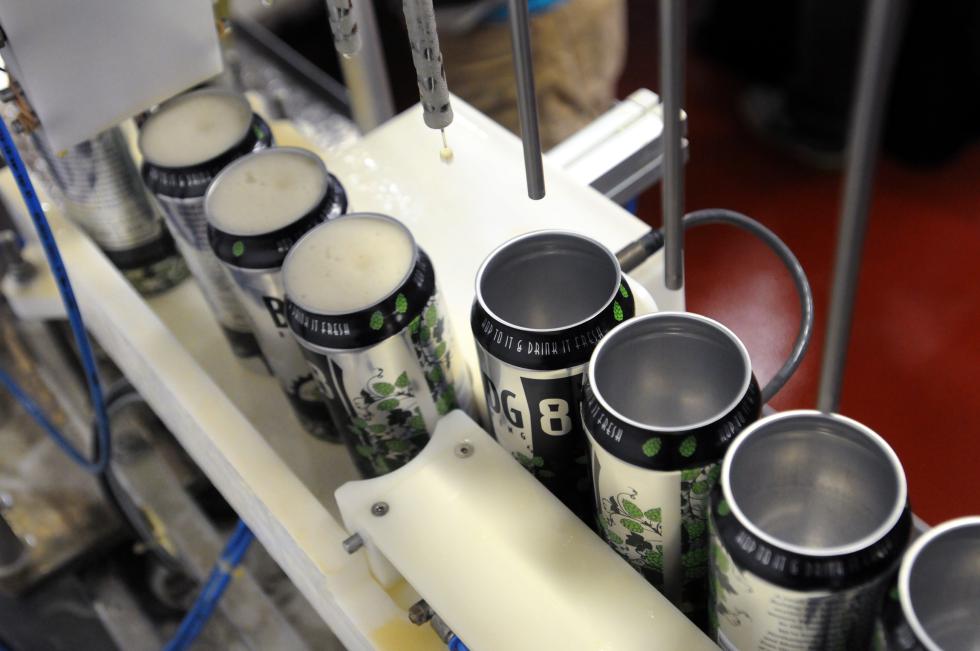 Beer has been good to Mike Yates, the head brewer at Building 8 in Florence and at White Lion Brewing in Springfield. His 16 years of experience in Western Mass and Connecticut have made him a trusted and well-respected name in the local craft beer scene.

Since he first rolled up his sleeves for this labor-intensive work, America has seen an explosion of new breweries. It’s an exciting industry right now, but don’t think for a minute that it’s gotten more glamorous. “Brewing’s not easy,” he told me. “My pants are wet, my hands are parched. But it’s an honest day’s work.”

I sat down with Yates, who turns 47 this week, to hear why beer, of all things, quenches his thirst for good, hard manual labor — and what kinds of brews make it all worthwhile.

How did you end up brewing in the Valley?

I grew up on Cape Cod, but I came to UMass in 1987. I started to brew in Brattleboro, then I moved to Boston and met my future wife, who is from this area. In 2000 or 2001 we moved back, and I scored a job at Amherst Brewing. I was there for seven years as head brewer, which pushed me to work independently.

I was at Berkshire Brewing for a year, Thomas Hooker Brewery in Hartford for a few years. Then I ended up at Cambridge House Brewpub [in Granby, Connecticut], which was awesome, because at that point I had carte blanche to try new stuff. They had a cute little 7-barrel brewpub, and I just ran with it. That solidified a lot of my knowledge, getting to try different hops and play with ingredients.

And now Building 8 and White Lion are your two main projects?

Yes. White Lion is a contract brew right now, so the time commitment isn’t very great. My partner is trying to find a location for a brewery in downtown Springfield, but right now White Lion is brewed at Mercury Brewing in Ipswich. They have a great team there, so I just go out to oversee and make sure they hit their numbers.

As opposed to Building 8, which is a much smaller operation.

At Building 8 I do every single step of the brewing, with [assistant brewer] Dave Dumas. There’s nothing like doing it yourself and making sure it’s done right. You have to handle beer gently. It’s a living thing, and if you’re nice to it, it’s kind to you. Someone called brewers “yeast farmers” once, which is true. Fermentation is easier said than done.

It’s been a small miracle that we’ve done 20 batches, and, so far, no problems. But if you’re careful, nothing should ever go wrong. The curse of getting bigger is that you get too many brewers working together who are doing their own thing. That’s often where mistakes happen.

Bill Heaton, who used to work as head brewer at Victory in Pennsylvania, told me that he left in part because the brewery was becoming so large-scale industrial. He could preset ingredients and start the brewing process by hitting a button on his smartphone. He just felt detached from it all.

It’s like any artisanal trade. As you get bigger, things become more automated. I visited New Belgium [in Colorado], and they have an awesome system, but the brewers were sitting in a control room with eight laptops open in front of them, waiting for a red light to flash so they could go check on a valve. For me, that’s not brewing.

You enjoy the physical work.

Exactly. It keeps an old man in shape. Building 8 is a 15-barrel brewery, which is roughly a thousand pounds of grain. We’re doing it completely by hand right now, which means 20 bags, 50 pounds each, poured and stirred manually, then shoveled out manually. Just earlier I was spraying out the fermentation tank, because when the beer ferments, it gets a big foamy yeasty top that cooks onto the metal, like a stew pot. Sometimes you’ve just got to dive in and scrub it.

Someone once said that brewing is 80 percent dishwashing, and it’s pretty true. People think it’s all about hanging out and drinking beer, but that’s like 1 percent of the job.

My brother’s a roofer. My friend’s a stonemason. People make a big deal out of it, but this is just a trade. You make something, it comes out good, and people enjoy it. In this crazy world we live in, it’s good to get back to the simple things.

Beer lovers have more varieties to choose from than ever. Has that impacted your personal taste?

Yeah, IPAs have been exploding over the past five years or so. The trend went from IPA to double IPA, and now it’s coming back down to session IPAs. People are really into Belgian styles, smoked beers, lager styles like at Jack’s Abby [in Framingham]. I love drinking pale ales, blonde ales, session IPAs, and I like a good sour beer once in a while. Not everything has to be super-hoppy. That’s why I love the Building 8 IPA — it’s not too bitter or too strong. It’s like music. I can appreciate a lot of musical styles, but I don’t listen to most of them very often. And certain styles I come back to all the time.

Some people say there are too many craft breweries out there now. What do you think?

I don’t think there are too many, yet. There’s a massive explosion going on right now, but only the good breweries survive. So, there’s plenty of room. Craft beer only has 10 or 12 percent of the market right now. Everybody thinks of that as a bubble, but I think 50 percent market share will be the bubble. I’m not worried about it at all.

Do you follow industry trends in beer magazines or on trade websites?

Not at all. At Building 8, I knew I wanted to make a really good beer. We made it. It’s selling well. End of story. A friend of mine got me thinking about local cheese companies, where a few people make some great cheeses, and they sell everything they produce. It’s great, and they make a decent living. Some people always just want to be bigger and bigger. Me, I just want to live comfortably.

What advice would you give to someone planning to start their own brewery?

Go back to school and pick something better — this work is wet and cold! But seriously, one problem with the explosion of breweries is that a lot of them are home brewers. Not to knock home brewers, but going from brewing five gallons to 300 gallons is a beast. You can’t just jump into it. So: Get experience. Volunteer at your local brewery.

Was there one moment in your career when you realized that you really, truly got how to do this?

No way. I’m still learning all the time. That’s why I hate the term “brewmaster.” Beer is temperamental and little changes in temperature, timing, oxygenation, they can change everything. You think you’re good at this, and then it kicks you in the ass.•