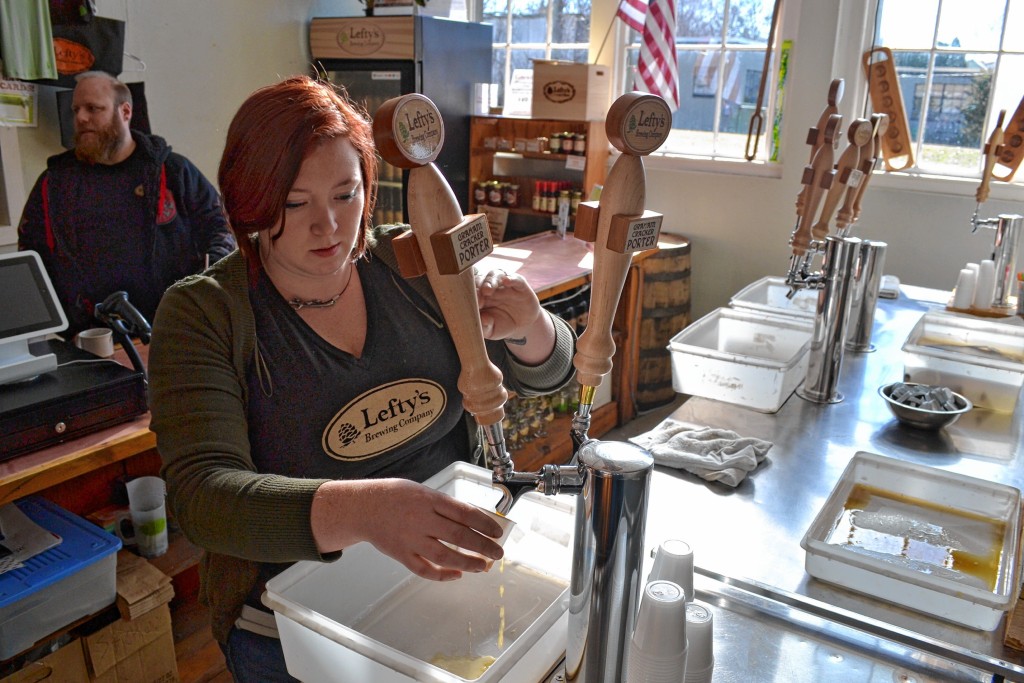 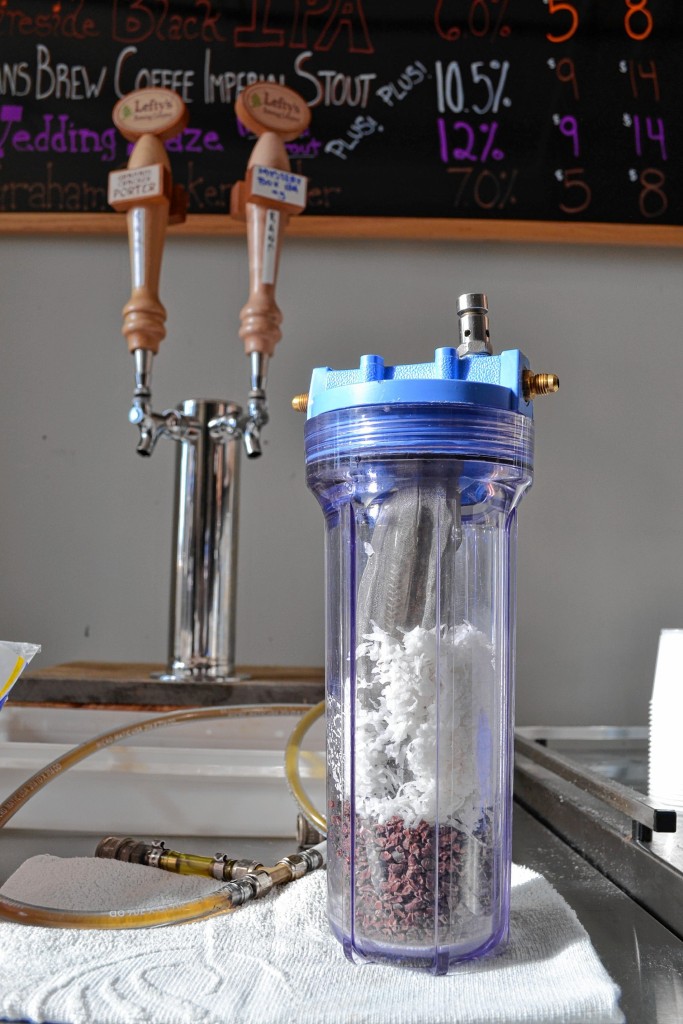 —During weekly Randalling sessions on Fridays and Saturdays 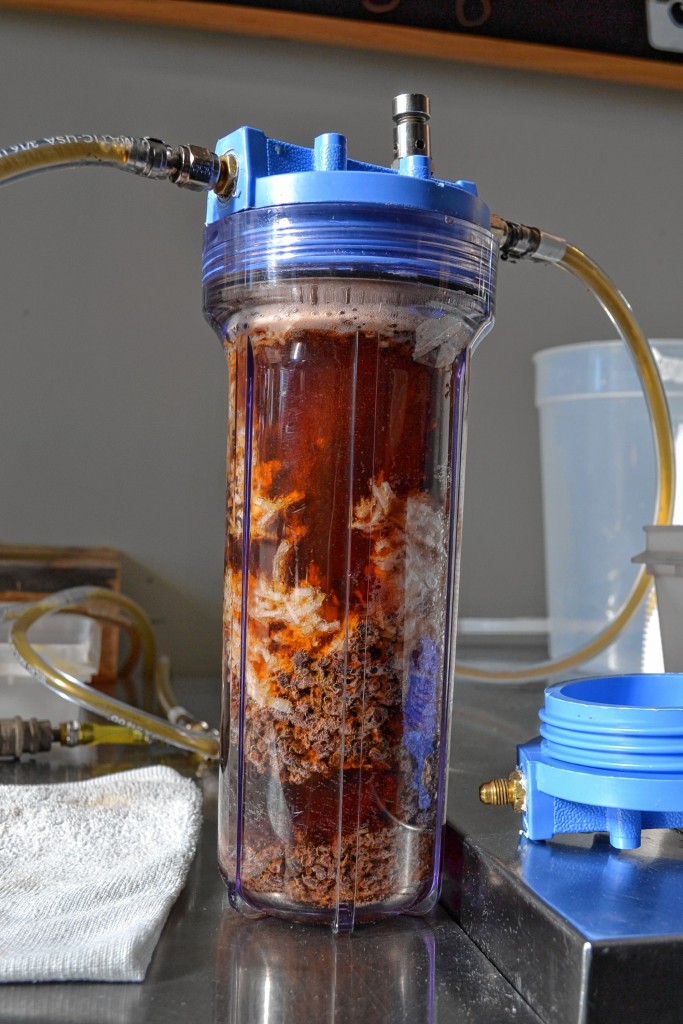 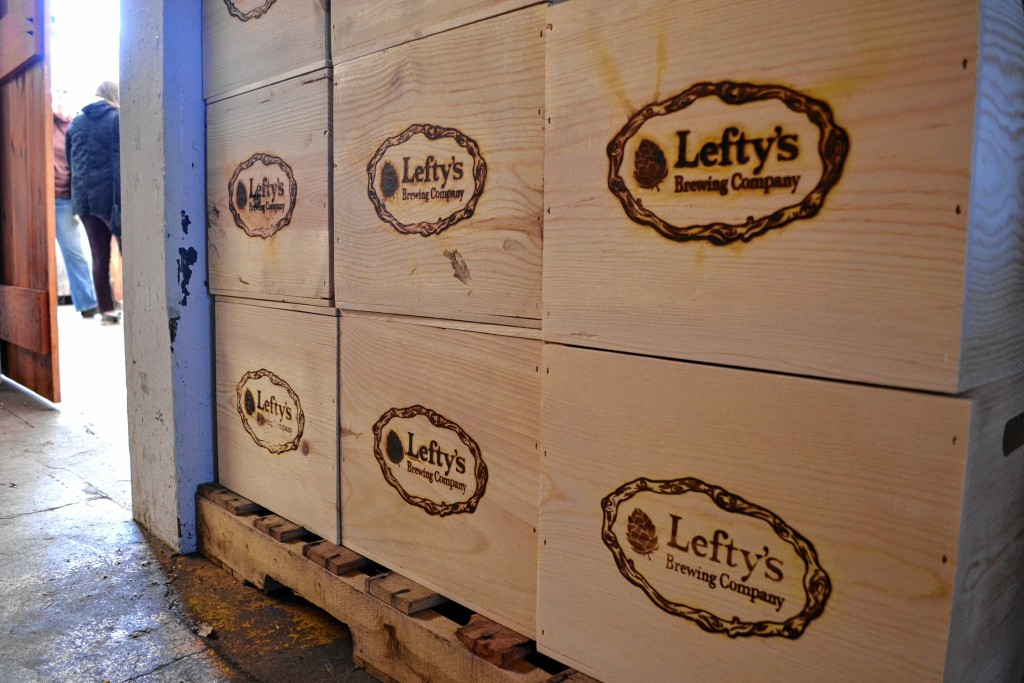 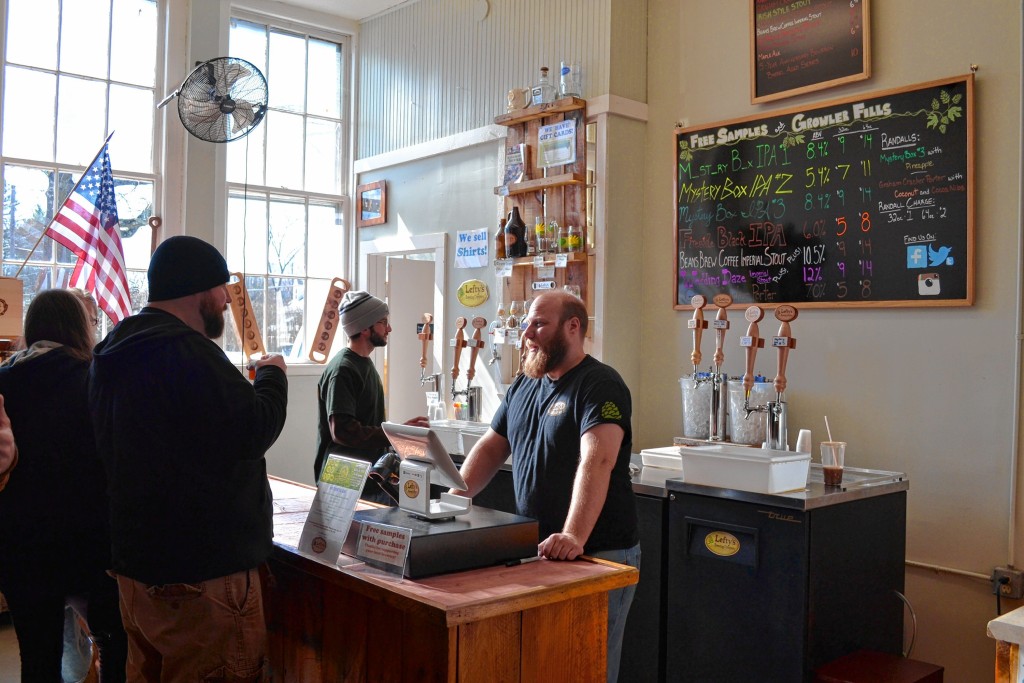 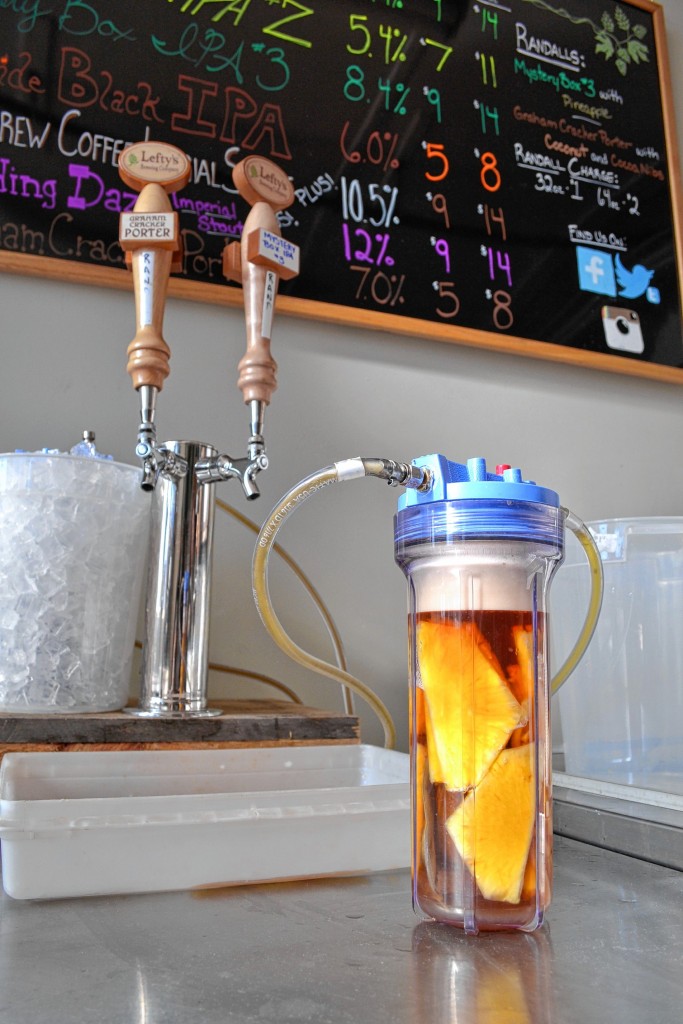 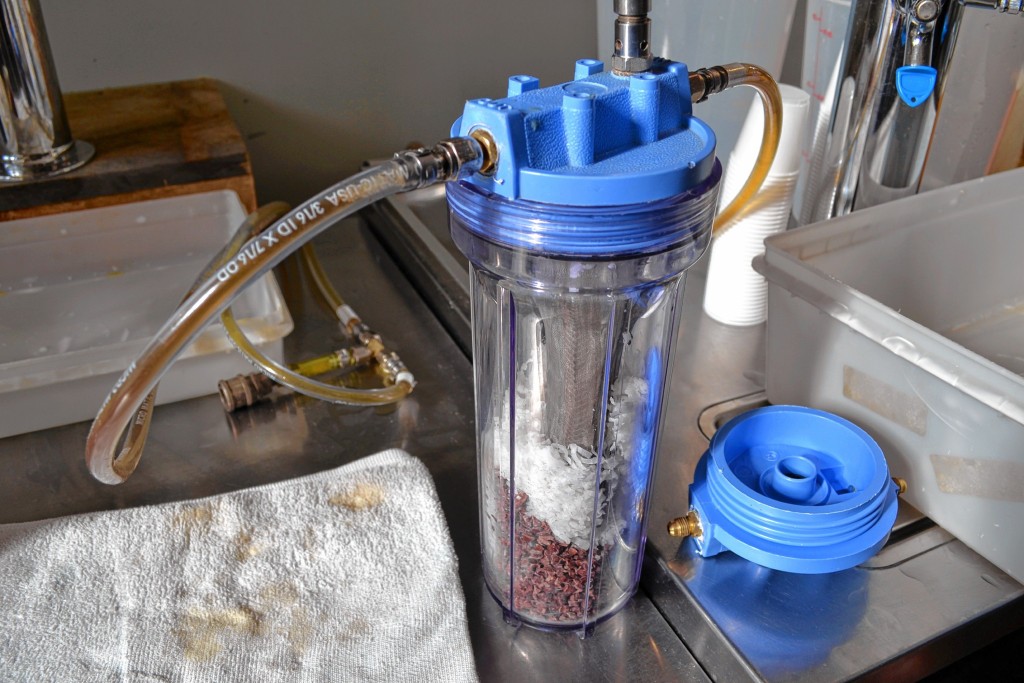 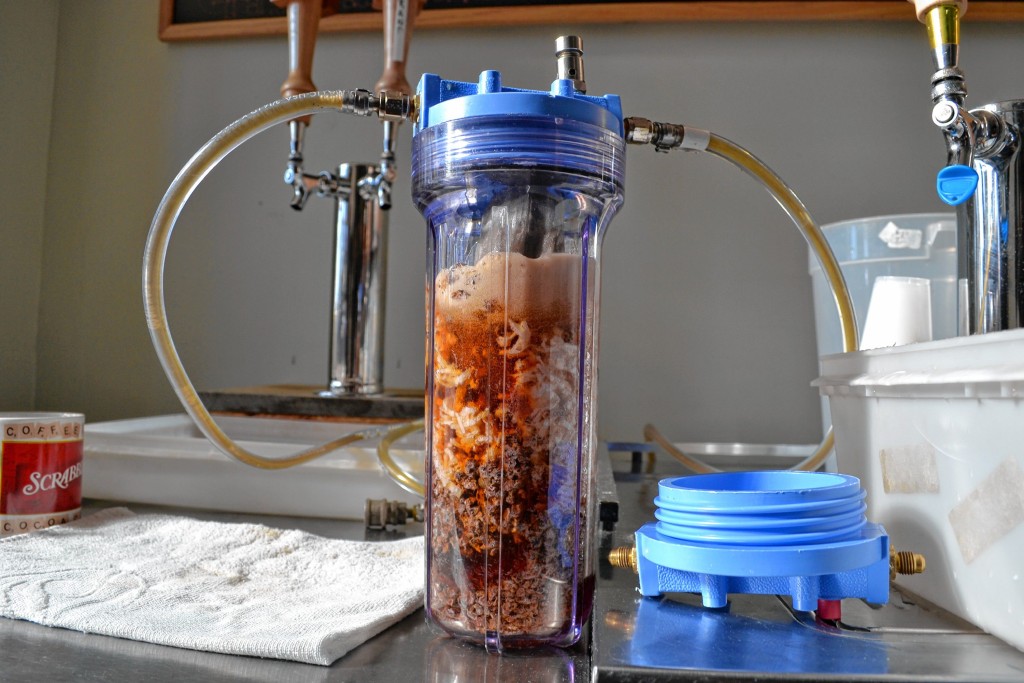 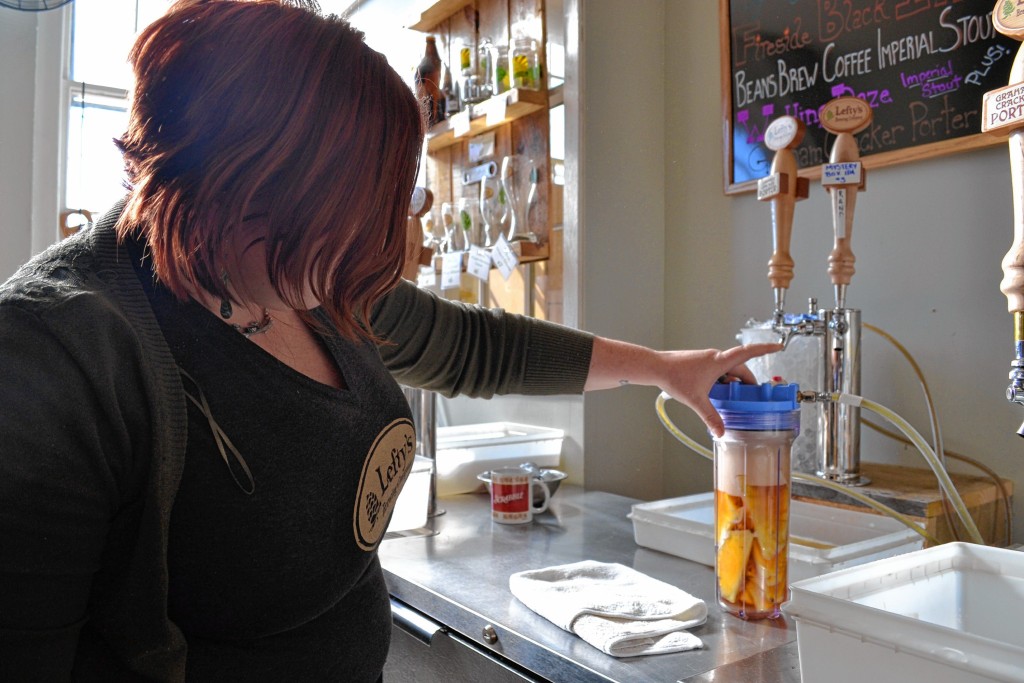 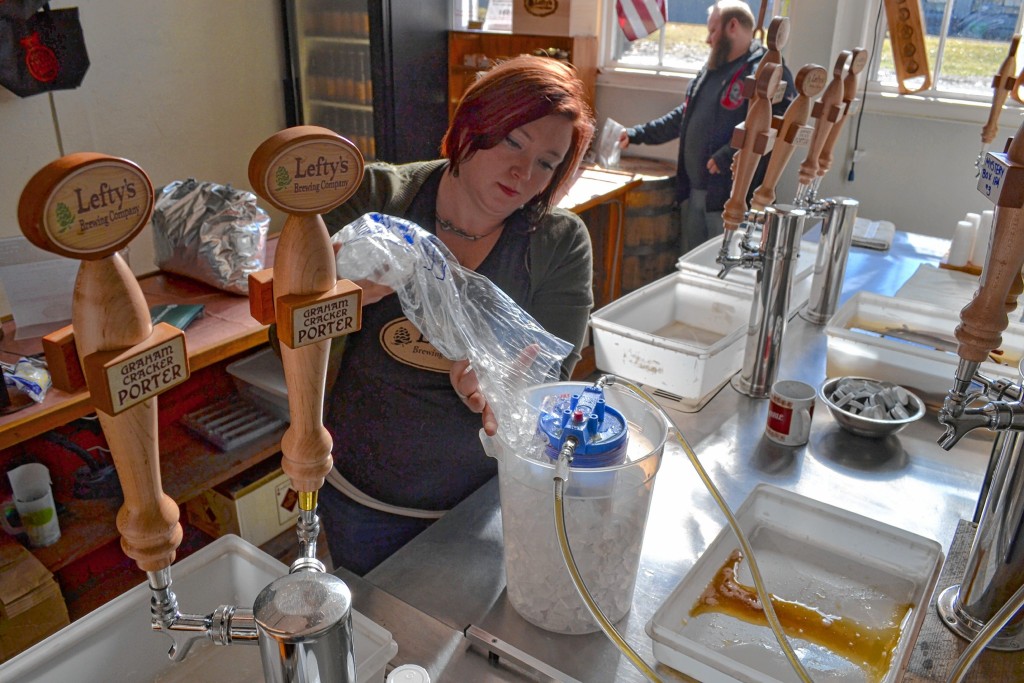 For my birthday this year, can someone pick me up an organoleptic hop transducer module?

I know that sounds like a piece of equipment that Doc Brown would install under the hood of his DeLorean. But really, I’m a simple man. This module, also known as a Randall, was created for packing an extra punch of flavor into that pint you’re about to pour. Simply put, it’s a device that adventurous beer lovers can use to steep additional ingredients in finished beer, adjusting to taste.

The invention — which Dogfish Head Brewery in Rehoboth Beach, Delaware invented about 15 years ago — is not complicated tech. “Basically,” Dogfish head founder Sam Calagione explains, “it’s a sophisticated filter system that allows the user to run draft beer through a chamber of whole-leaf hops, spices, herbs, fruit, etc. so that the alcohol in the beer strips the flavor from whatever you add and puts it in the beer.”

So, no, a Randall won’t help you travel through time. But in order to get interesting new flavored beers out of the process, explains Tabitha Horowitz, “You’ve got to be a mad scientist about it.”

Horowitz works at Lefty’s Brewing Company in Greenfield. When I stop by the brewery’s headquarters on Wells Street on a recent Saturday afternoon, she offers to show me how to use the Randalls.

Together, we do two flavor experiments. First, we decide to hook up a draft line of Lefty’s graham cracker porter to a Randall filled with roasted and crushed organic cocoa nibs and flaked coconut. Second, we run a small-batch version of the brewery’s Mystery Box IPA through a Randall filled with fresh-cut pineapple slices.

The team at Dogfish Head, hop fiends that they are, invented the Randall to solubilize the lupulin oil from hop flowers, Horowitz explains. “But you can use it with just about anything that doesn’t fully dissolve.” During weekly Randalling sessions on Fridays and Saturdays, Lefty’s has so far been experimenting with ingredients as varied as vanilla beans, smoked chili pepper, blueberries, bourbon barrel wood chips, hunks of local honeycomb, and Sour Patch Kids. Horowitz has played at adding hard caramels to maple oatmeal stout, fresh mint leaves to chocolate oatmeal stout, and cinnamon sticks to autumn golden ale.

In Lefty’s taproom, the two of us set up the Randalls. Each one is made from a canister for a hop water filter — the type of water filter often packed with charcoal and hooked up to water systems in small homes and campers.

Dogfish Head sells Randalls commercially, but Lefty’s owner and head brewer Bill Goldfarb tells me that I could build one of these off Amazon for 20 bucks. “And for people at home who aren’t sure about it,” he says, “you can try using a French press. Add your ingredients, pour your beer in there, let it sit for maybe ten minutes, then plunge the press. That’s a fun, easy way to try out some flavor combinations.”

Even a tea ball, packed with something fun and left overnight in chilled beer, can deliver something special, adds Horowitz.

But that doesn’t mean it’s not fun. Horowitz and I fit filters and down tubes into the canisters, add the ingredients, screw the caps on tightly, and pack crushed ice around the Randalls. We attach a line in from the keg and a line out to the tap head, then open the valve and release the pressure. Beer flows into each Randall, creating a vacuum, which allows Horowitz to draw from the steeped beer simply by pouring from the tap, without introducing any extra oxygen into the canisters. The Randalls refill as each draft is poured.

The set-up allows Horowitz and other tap room staffers to pour these beers both in Randalled and regular form. The whole point of this exercise, of course, is to compare and contrast the tastes.

So, how are they? Not half bad. This iteration of Mystery Box IPA, called #3, is brewed with Galaxy and Azacca hops, which are known for their fruity, juicy citrus note, so it proves a good fit for those hunks of pineapple. And after a quick five-minute stopover in the Randall, the graham cracker porter is boosted with subtle chocolate and coconut flavors without going overboard on the sweet.

For now, Lefty’s doesn’t bottle Randalled beers — that would require a significant upgrade in equipment (read: way bigger modules, dude). Which is why curious readers should stop by on Fridays and Saturdays to get a first-hand view of how this works, and maybe even bring home a growler. As far as the Beerhunter can tell, Lefty’s is the only area brewery currently Randalling in its tap room.

• Speaking of Lefty’s: the brewery hosts the annual Spring River Brew Fest on Saturday, May 21 from 3 to 8 p.m. at the Franklin County Fairgrounds. The festival features a big beer garden, local vendors, food, raffles, and free parking and souvenirs. More info on tickets, including VIP access, is available at leftysbrew.com.

• It’s been a few months since I’ve written about the new brewery Brick & Feather in Turners Falls, but after hanging out at the Five Eyed Fox last week with a glass of the rich, roasty porter called Sauron’s Nightlight, I have to insist once again that folks stop by the brewery’s tap room on 11th St to sample some of brewmaster Lawrence George’s flawless work.

• Keep your eyes peeled in coming months for the continued emergence of nitro beers, which are carbonated with creamy, foamy nitrogen rather than fizzy, bubbly carbon dioxide. Sam Adams, for one, is expanding its draft distribution of Nitro White Ale, which is flavored with orange peel, coriander, and a peppery spice called grains of paradise. Nitro stouts and nitro IPAs are on the rise as well.

• According to the Brewers Association, American craft beer export volume increased by 16.3% in 2015. Keep at it, craft fans — let’s take this phenomenon worldwide.