Guest Column: Gains for the LGBT Community Must Include Gay People of Color 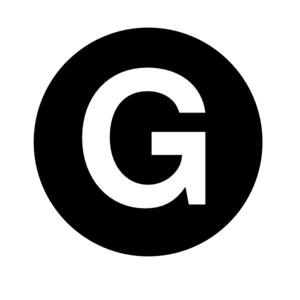 The LGBT community came out of 2015 feeling great for the many steps toward equality the nation had taken that year: the Supreme Court decision granting gay and lesbian couples the right to marry, the increasingly favorable national public opinion polling on same-sex relationships, the number of openly gay elected officials reaching 450 and even the repeal of “Don’t Ask Don’t Tell” years before these successes.

As much as we should celebrate these accomplishments toward equality, we still need an agenda that better reflects the diversity of LGBT communities and that prioritizes the social and structural conditions impacting the most marginalized among us. If not, these successes actually put us at risk of eclipsing the main drivers of discrimination and poor livelihoods of LGBT communities.

The framework of such an agenda would include establishing an office of LGBT health, preventing LGBT suicide, youth homelessness, and discrimination.

For all these items, a new approach of intersectional and marginalization-focused policy development is necessary; one that takes into consideration the interconnection of racism, homonegativity, classism, and other oppressive forces.

As we look toward LGBT rights policy goals in the wake of the 2016 elections and beyond, tackling discrimination, especially in employment, will no doubt be a priority. The Equality Act of 2015 introduced in the U.S. Congress proposes to amend the Civil Rights Act of 1964 to ban discrimination on the basis of sex, gender identity and sexual orientation in the areas of employment, housing, public accommodations, public education, federal funding, credit, and the jury system. This bill is meant to replace and expand the Employment Nondiscrimination Act (ENDA), which sought to prohibit discrimination in hiring and employment on the basis of sexual orientation and gender identity.

As written, the Equality Act, like its predecessor ENDA, does not address the primary drivers of employment discrimination for LGBT people of color and consequently runs the risk of increasing racial and ethnic disparities in employment within LGBT communities. The Equality Act fails to take an intersectional approach that could address discrimination in employment and other areas for all LGBT people, with a focus on those who are most vulnerable.

There are several provisions that could be added or amended to craft a more inclusive Equality Act. One such provision could prohibit employers from using unwarranted, onerous, and unrelated information obtained through background checks in employment decisions to discriminate against all protected classes.

Provisions addressing the other primary drivers of employment discrimination outlined in the 2013 “Broken Bargain” report and narrowing the religious institutions exemption should also be considered for inclusion in the Equality Act. The law should take a comprehensive approach by endorsing a more expansive definition of the variables that contribute to employment discrimination affecting the opportunities and experiences of LGBT workers of color.

Advocates fought to include protections in ENDA for transgender workers over the objections of those who claimed such inclusion would alienate businesses that supported the bill, syphon public support, and ultimately render the bill impassable. We should also insist on the inclusion of LGBT people of color in the Equality Act bill. Provisions that speak to the unique challenges and barriers to success that LGBT workers of color face, distinct from LGBT workers in general, should not take a backseat to other concerns, should not be left out of the Equality Act and should not be relegated to a separate bill to be taken up another day.

The Equality Act presents an opportunity to both strengthen the Civil Rights Act beyond categorical inclusion of gender and sexuality, and build a new model for developing policies to specifically address intersectional oppression and marginalization of LGBT communities.