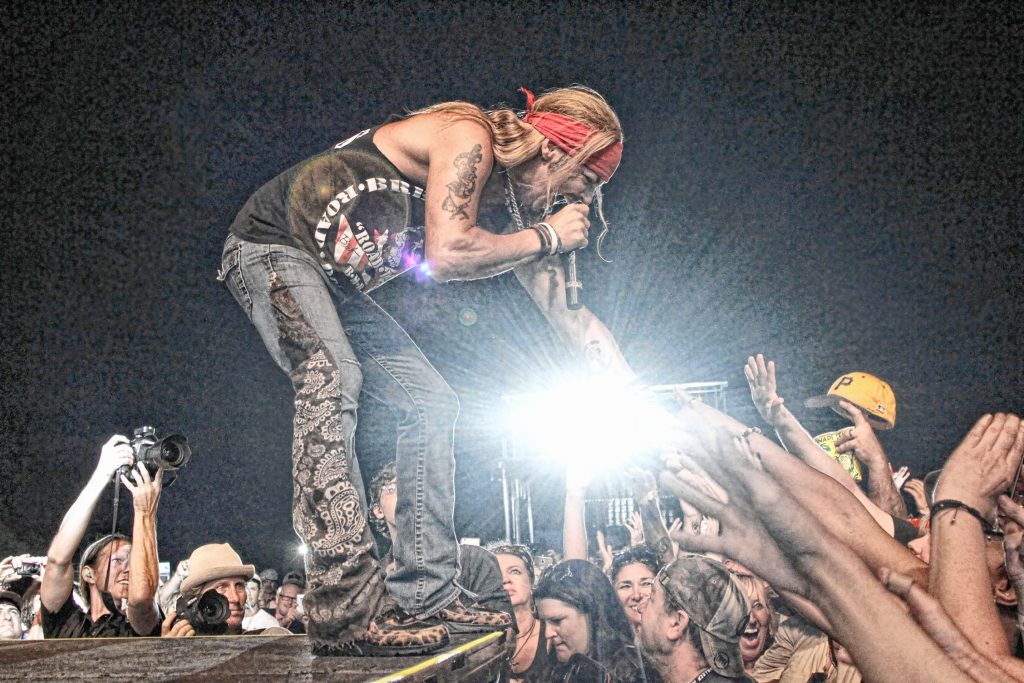 Better call Mr. Peabody and Sherman. Looks like someone’s gotten a hold of the Wayback Machine.

First stop: Foxwoods Resort Casino’s Grand Theater this Friday, April 29. Not only will female hip-hop heavyweights Salt-n-Pepa be there, but so will literal heavyweight Biz Markie, Coolio, Tone Loc, and Vanilla Ice (Ice Baby). The tour is called “I Love The ’90s,” and tickets range from $60 to $100, depending on your proximity to the frat boy rap festivities.  Realizing that not everyone truly does love the ’90s — or frat boys, for that matter — Springfield’s MassMutual Center counters with Rock The Arena June 18. Packed with Hair Nation favs of the ’80s, Rock The Arena is anchored by Poison’s Bret Michaels and rounded out with the likes of Warrant, Trixter, RATT and Lita Ford. Tix are $40-$90 and are on sale now.

In other news, congrats to Lou Barlow and his wife Adelle on the birth of their new daughter, Izetta Louise Barlow. A “9-pounder born sidewise,” Izetta entered the world on April 6. The good news continued the next morning, as Jane’s Addiction announced a “Sterling Spoon Anniversary” mini-tour commemorating the 25th anniversary of the band’s landmark Ritual De Lo Habitual album. Among those tapped for the opening honors on that were “Cult of Personality” rockers Living Colour and Barlow’s own Dinosaur Jr. That tour kicks off July 15 in Brooklyn and wraps July 23 in Cleveland, with the closest area play being a July 19 engagement at Boston’s Blue Hills Bank Pavilion. Tickets for all tour stops are on sale now.  And what a crazy Tuesday night in the Beantown area July 19 is shaping up to be: Jane’s Addiction plays Blue Hills Bank while Guns ’N’ Roses plays Gillette Stadium and Mookie Betts Bobblehead Night gets underway at friendly Fenway.